I've been painting quite a few WWII Soviets of late so it was about time that the Germans had a few reinforcements. Many of the recent Soviets I have been painting are in telogreika and ushanka so I thought I ought to have some Germans in bad weather gear too.

I placed an order with Nick at Northstar for some Crusader Miniatures Germans in greatcoats and picked them up at Partizan a couple of weeks ago.

As is normal for Crusader Miniatures, the figures are lovely characterful sculpts that take very little cleaning up and are a delight to paint.

The palette is very much as I've been long painting these Germans, but now, rather than using Vallejo Sepia Wash I am using Army Painter Strong Tone. I also experimented with doing some of the leather-work in Vallejo German Camo Black Brown rather than Black but I'm not sure it shows up that much. 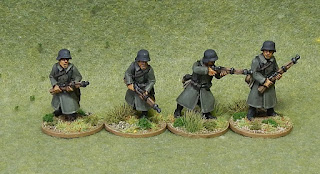 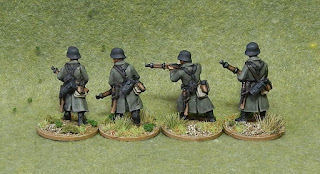 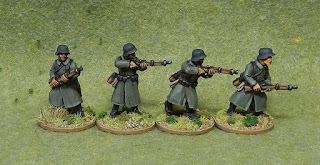 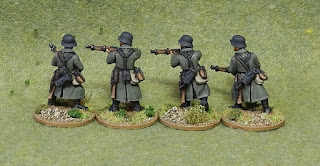 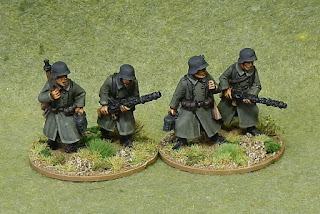 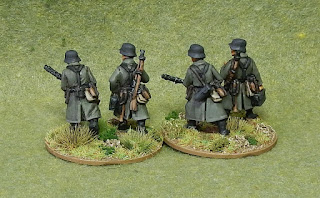 I've now got enough Germans painted to field two full platoons so as well as being able to play Big Chain of Command with them I can also have a go at I Ain't Been Shot Mum that I've not played for several years now.
Posted by Paul Scrivens-Smith at 06:20