Cold War Soviets for Seven Days to the River Rhine 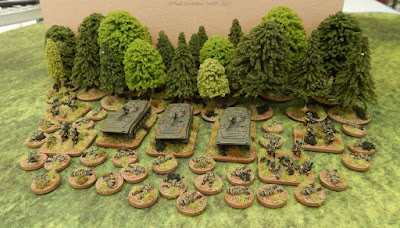 The long weekend gave me a good opportunity to finish off the final few models for my "Seven Days to the River Rhine" Soviet forces. The main force was showcased a couple of weeks ago.

I was going to need some markers to track morale in the game so picked up a few packs of Soviet casualties from Timecast, they are based on 15mm bases from Warbases.

I had picked up some Engineers in the original order, but I'm sure I can find a use for these mine clearing and demolition teams I made up, maybe to mark objectives. 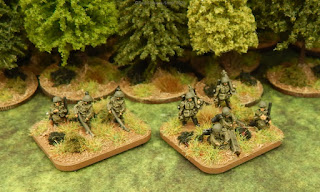 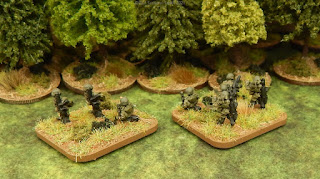 There is also a great set of dismounted scouts in the range, I think this will come in useful for our games having dismounted their BRDM-2 for a snoop. 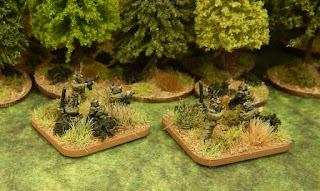 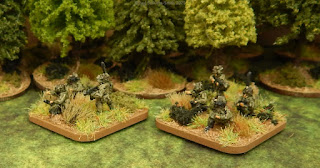 Finally a trio of venerable BMP-1 armoured personnel carriers, they will come in handy for mounting that spare Motor Rifle platoon I don't have BTR-60s for. 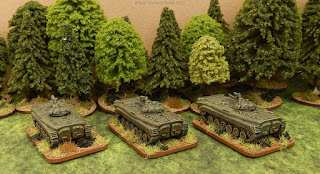 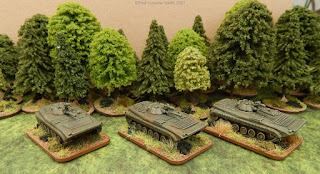 I need to get working on terrain now, those trees in this backdrop are just a start, I'm working on some more stuff over the next few days and hope to have those ready for the next post.