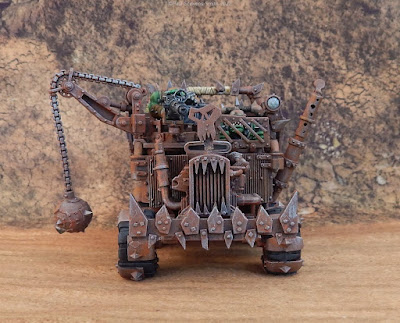 The Boyz are tired of walking so have dragged a load of rusty scrap out of the junkyard and demanded the Mek gets it battle ready. 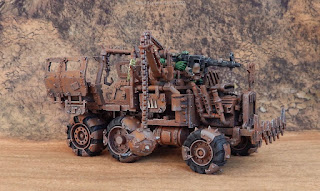 Of  course to fit in with my theme the finished product still looks like a load of rusty scrap, but the boyz like that sort of thing. 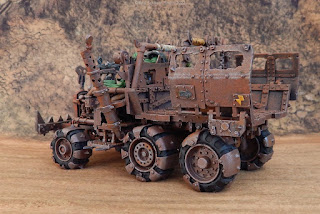 The Trukk is a nice enough kit, but it's showing it's 15 year vintage, none of the parts are numbered and there are a lot of mould lines, some of which I missed in the clean up. 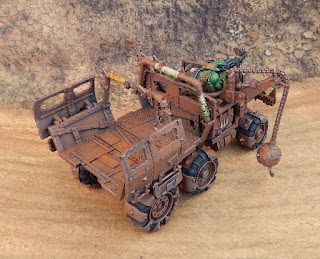 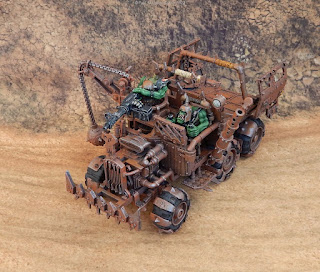 I wanted a stripped down look so left off the boarding ramps and some of the armour plates, red ones may go faster but lighter ones go even faster still. 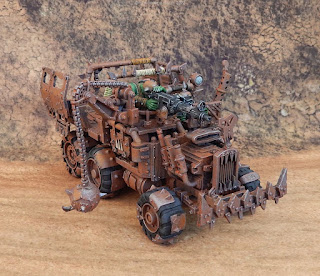 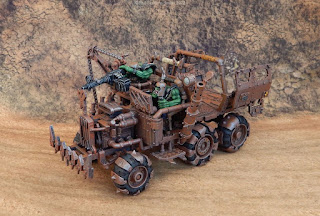 I still need to figure out how this will fit into the battle plans, maybe as a Nob delivery taxi, maybe to keep some Boyz alive an extra turn. 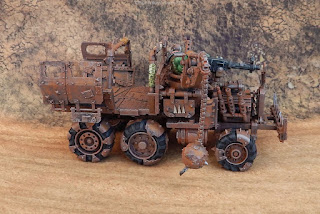 I also finished off the last model in the backlog, I forgot to do the ammo grunt with the last unit of Nobz so he got finished. 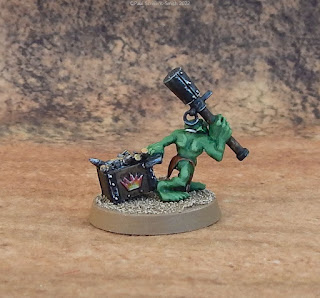 I've run out of models to paint now and the two Really Useful Boxes this army fits in are packed full. Do I need any more Orks? Maybe?