James and Mark try To The Strongest 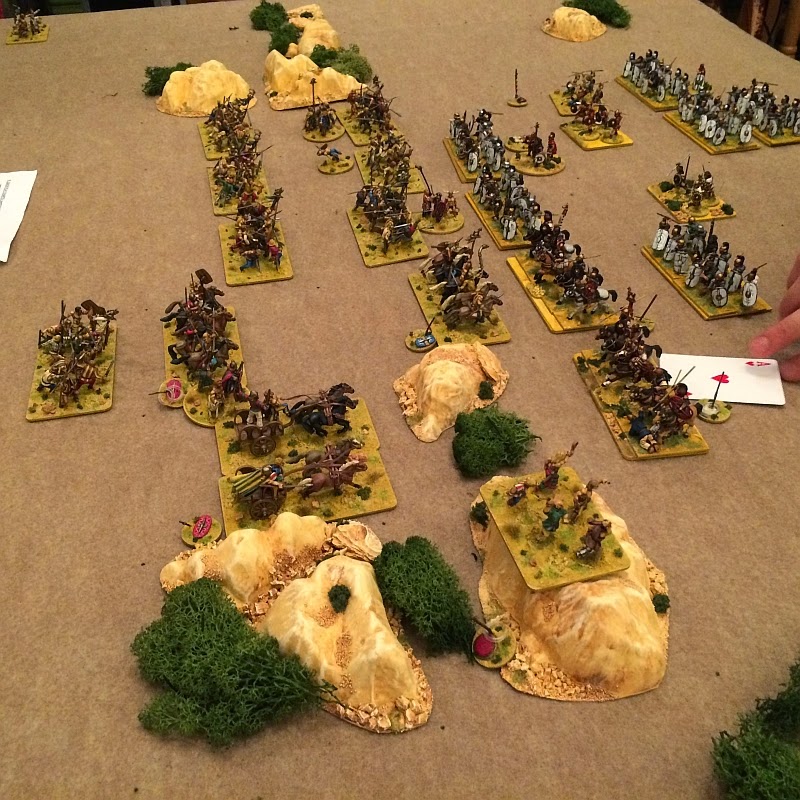 Yesterday evening I had one of my far to infrequent visits to The White Hart in Lenton to give James his first try of To The Strongest.

After our continental exploits of the weekend with the Keren game it was time to dig out the ancients again. James used his Caesarian Romans supported by Spanish:


I used my Gauls: 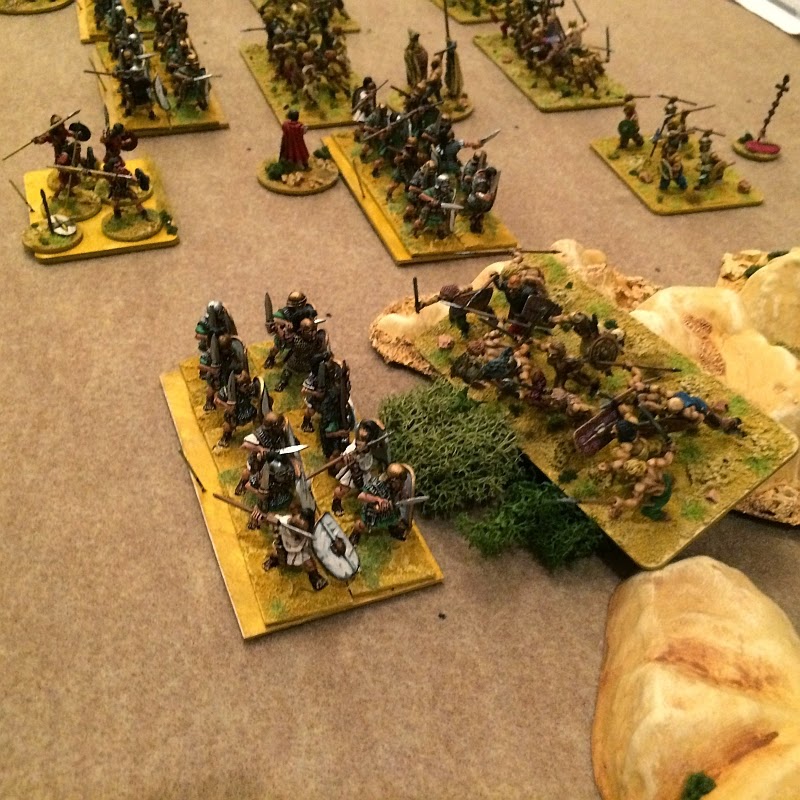 We laid out the cloth and started deploying terrain, on each flank was a large mass of rough terrain, "Don't worry," I explained, "most of it will be moved or removed shortly" Well, that was not the case and we fought in a narrow defile.

Mark arrived at the club and took over one flank of the Gauls with me. 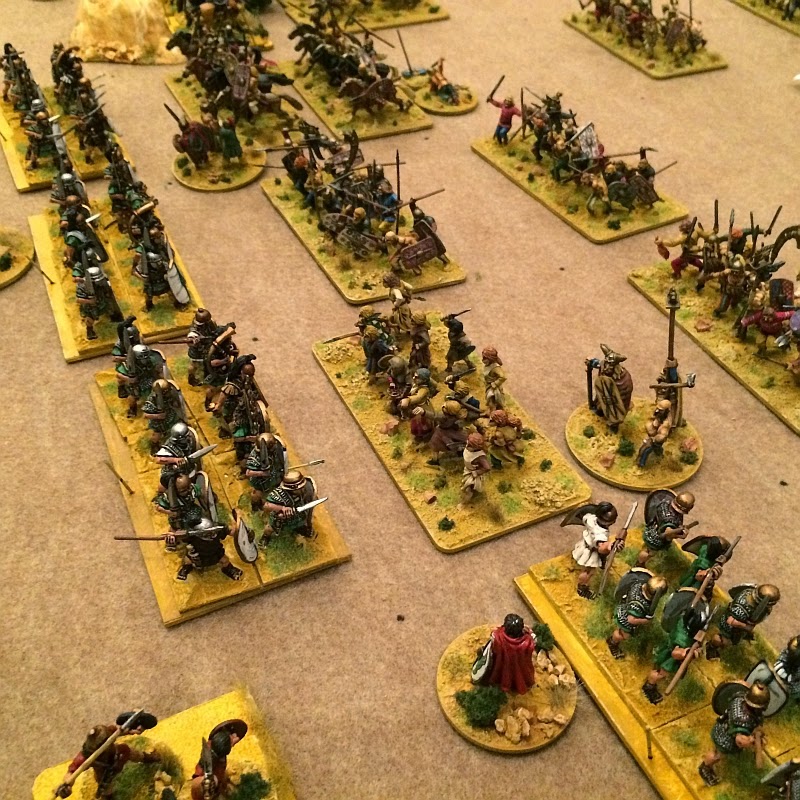 With neither side able to manoeuvre on the flanks it came down to a proper slog in the middle. The first casualties, some Gallic javelinmen falling to their Roman counterparts. In the centre a huge slog continued, two Gallic generals fell as casualties but a Roman general also joined them.


One of the Spanish Warrior units broke the like, as did a Roman legion, however it was soon engaged in the flank by Gallic Warriors who reacted well to it. 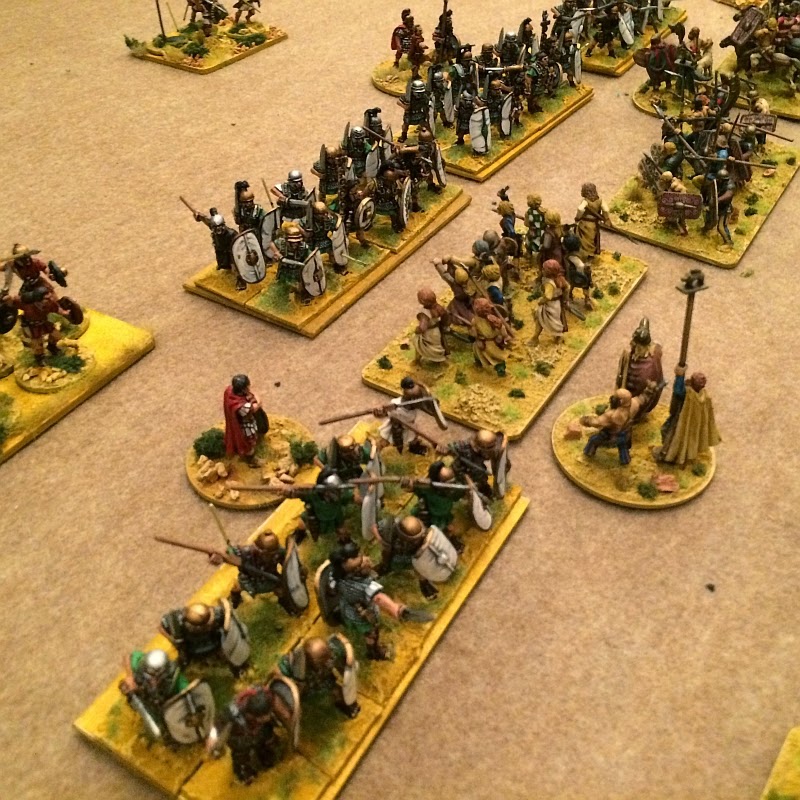 By the end of the evening we wrapped up, the Gauls were getting very close to their Victory Medals tally, but the Romans had hardly emerged unscathed.

The game ran a little slow, mainly I think to my terrible cold - I was sneezing at quite a rate - and the layout of the terrain forcing a proper slog in the centre. It was good to meet some old friends at the White Hart that I've not seen for a good few months. The images were captured on my camera phone and have not come out too badly despite the low light in the White Hart. The Gauls are all from my own collection while the Romans and Spanish are those of James.

Email ThisBlogThis!Share to TwitterShare to FacebookShare to Pinterest
Labels: Battle Reports, Punic Wars, To The Strongest