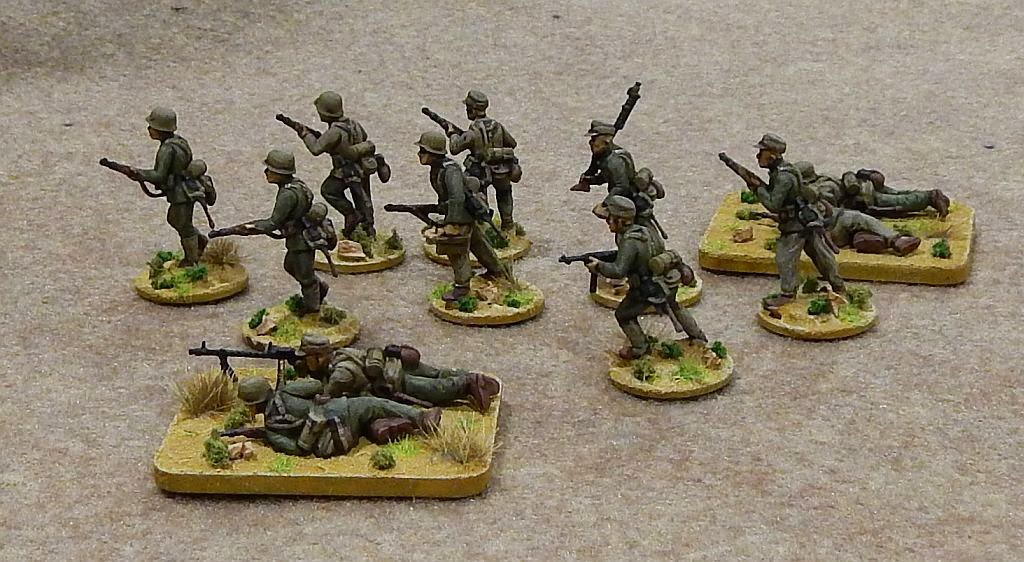 Over the weekend I finished off another dozen Perry Miniatures AfrikaKorps to go with those I did for him last year.

The colours used were the same as before


They are then washed with Sepia wash and then highlighted as follows:

The lighting was rather dull, but hopefully you'll get the idea.

Posted by Paul Scrivens-Smith at 06:39