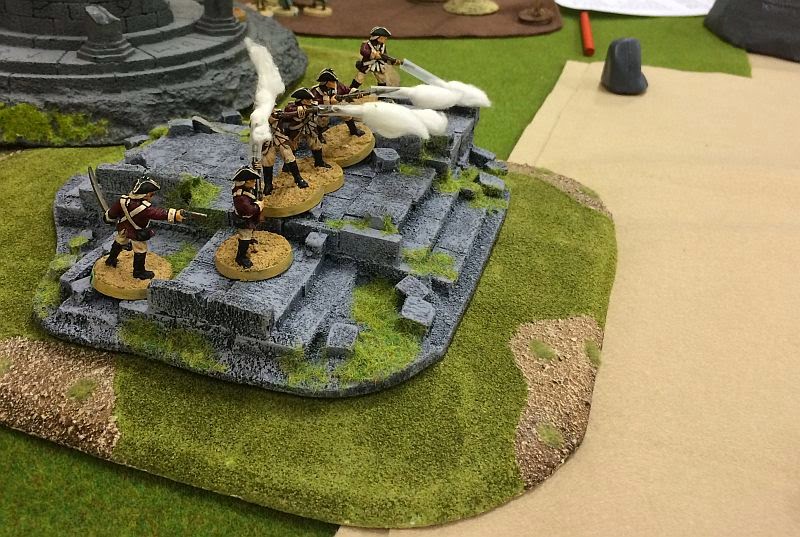 On Wednesday evening I was working in the south east so had the pleasure of an evening at the Wargames Association of Readings club night in Winnersh. 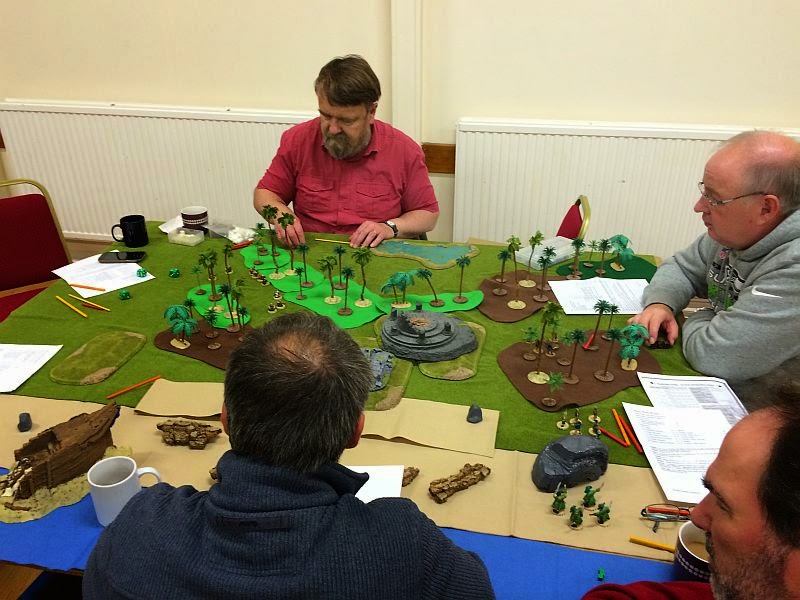 Richard had arranged a Pirate game using the Pirate version of Songs of Blades and Heroes although I am not sure if it was Flashing Steel.

The scenario was that each side comprised of three factions and we all had different scenario objectives but I think we all had to occupy the ruined fort. 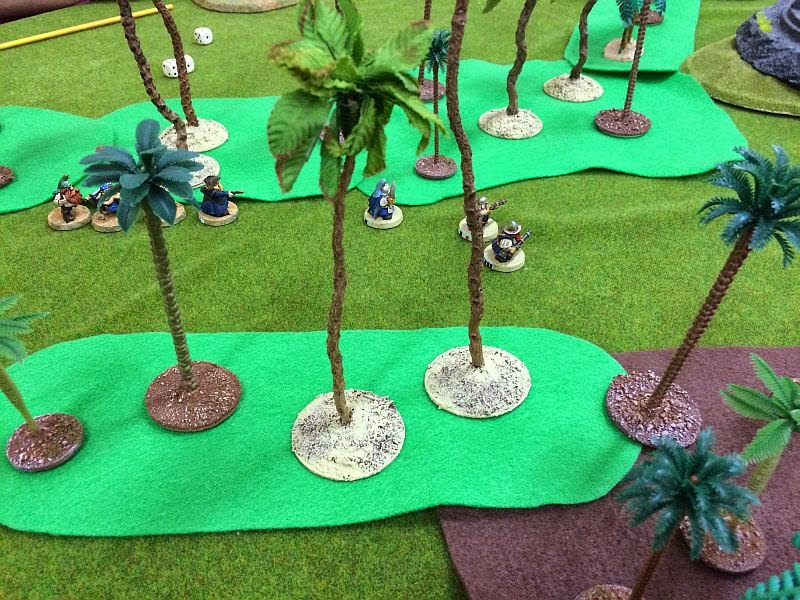 My blokes were quite weedy compared to everybody else, but I could volley with my muskets and that seemed quite effective. Using group moves, I rushed my troops into one half of the fort and formed a firing line and then proceeded to plaster away at anything that got near me. 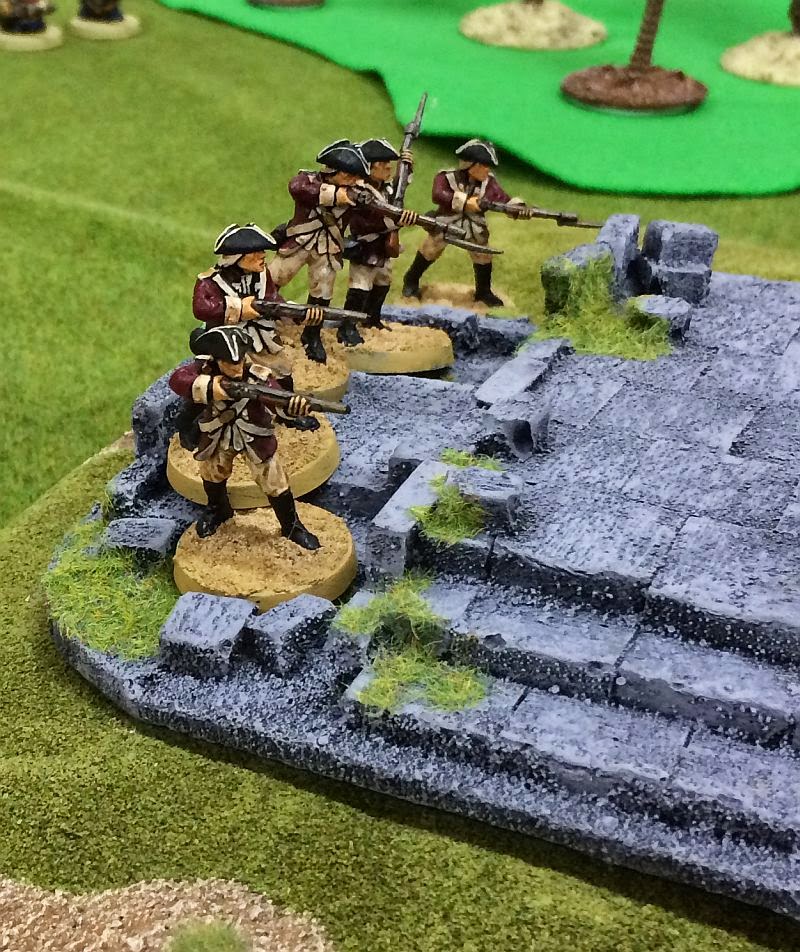 Waynes' Orcs succumbed to the Grog and were in quite a disarray, I managed to plug three of them with volley fire, but the fourth got into combat with me and caused quite a mess before we stepped back and gave him another volley.

By now Rons' Elves had occupied half of the fort but my short legged Dwarven allies were rushing to the rescue. Alas, they arrived piecemeal and were cut up pretty badly by the Elf and Human Pirates. 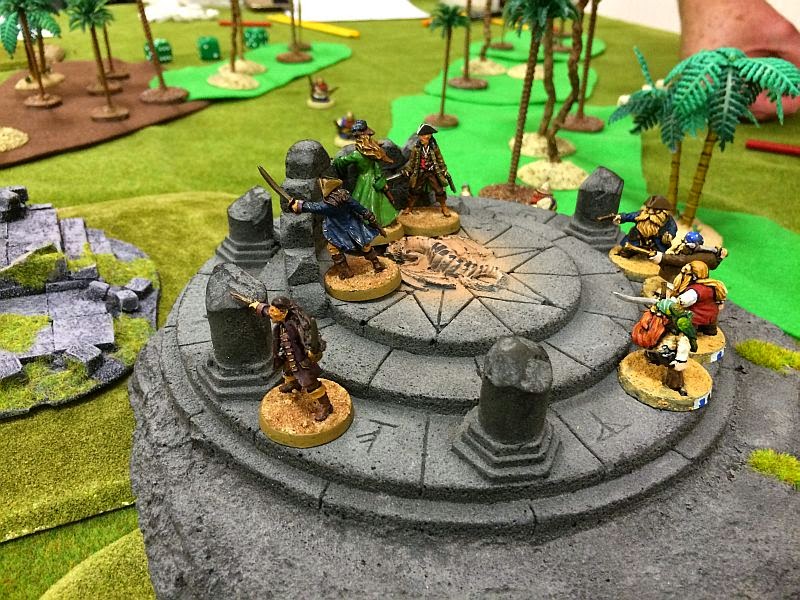 By the end of the game I was sat pretty strong in my half of the fort and the Pirates, having fought off the Dwarves in their half. Totting up, no one side had occupied the fort so it was down to casualties. Andys' Human Pirates had scored five so won the game, but I came in second with a creditable four. 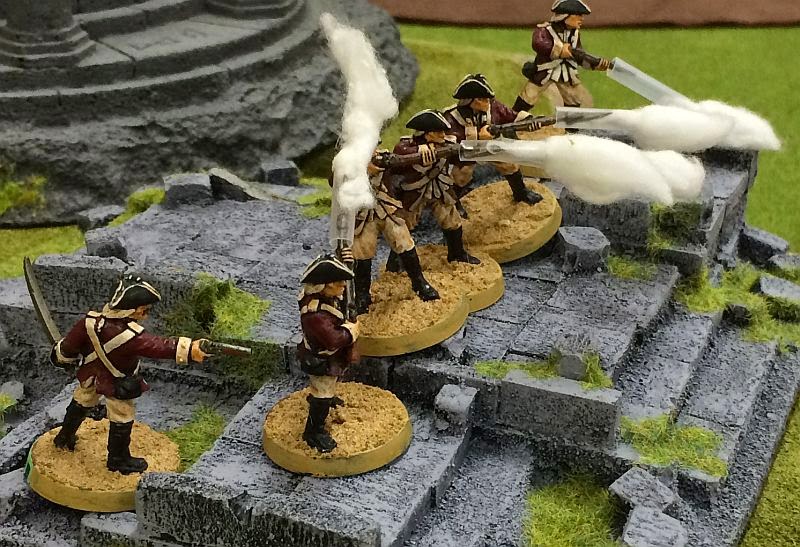 Fantasy Pirates is not something I'd usually play, but I really enjoyed it. 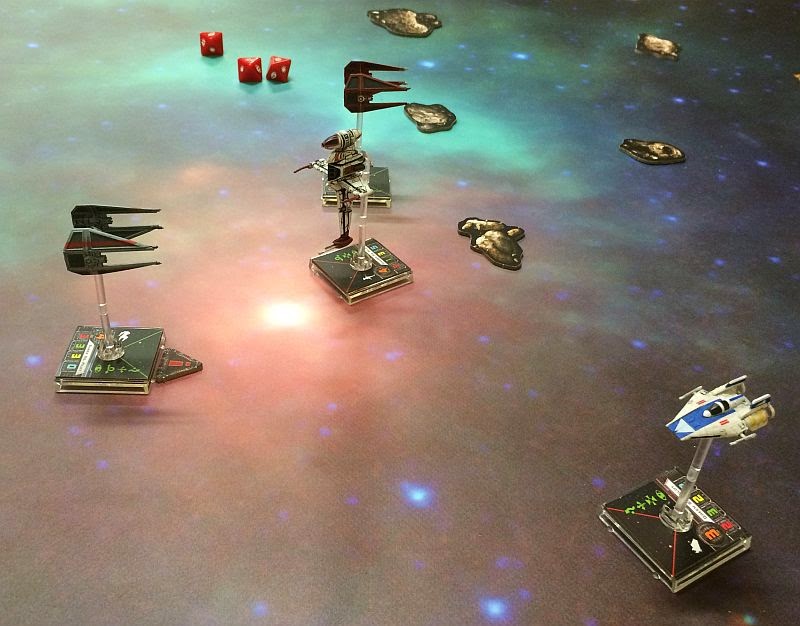 While Richard #1 set the game up, Wayne, Richard #2 and I had a quick game of X-Wing pitting the Rebel Aces against the Imperial Aces. Despite Richard ramming the B-Wing into an asteroid early on and then losing all his shields the Rebels eventually prevailed.

Posted by Paul Scrivens-Smith at 11:41

Email ThisBlogThis!Share to TwitterShare to FacebookShare to Pinterest
Labels: On Tour