Those of you viewing my blog of late will note that there have been very few painting updates since I returned to work after my Christmas and New Year break. Fear not, I have not been idle. I am slowly painting some WWI Germans for chum James, but in the past three weeks I have been having a major drive on my El Cid collection.

Firstly, for my Birthday my Mother in Law kindly bought me some armoured spearmen, I used 15 of them to create a new unit of spearmen, being armoured these can be either foot knights or a well favoured unit of Peones. 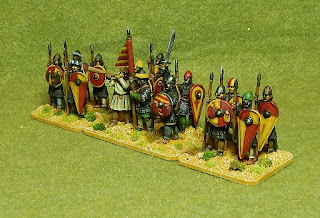 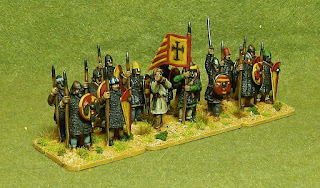 Combined with the ten I painted back in December this makes a respectable sized unit. I just need to sort out a movement tray for them. 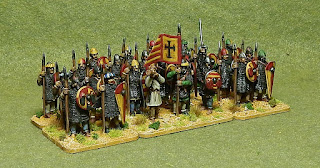 With the remaining three figures I have made a General on Foot for our Hail Caesar or To The Strongest! games. 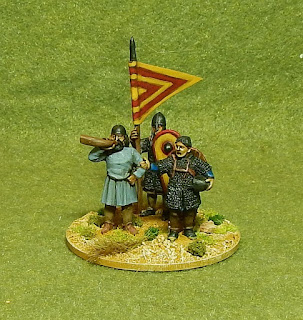 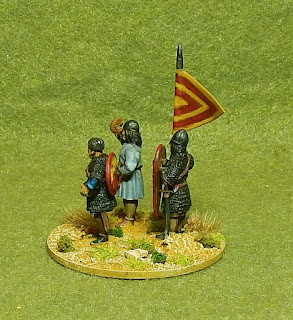 Next, we move on to the Berbers, the first being a Berber General on Foot again for our To The Strongest! or Hail Caesar games. This chap is accompanied by a Imam calling down the blessings of Allah and a personal standard bearer. All are Gripping Beast figures I received from Victoria for Christmas. 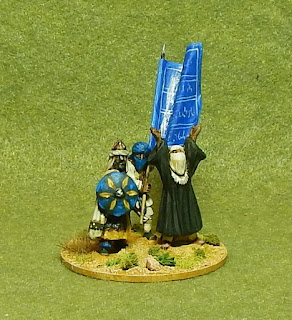 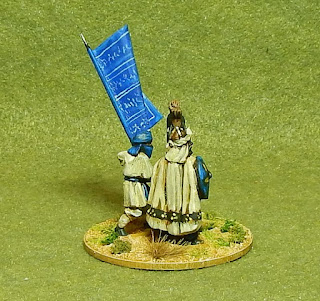 I have made a start on a unit of Black Guard, unfortunately, I don't have any rank and file, but made a start on the first four figures of the command base. I'll add two spearmen and the remainder of the unit at a later date. I've deviated from the white and blue scheme used in the rest of the force, but have stuck to the same restricted pallet, just using more black than white on these. 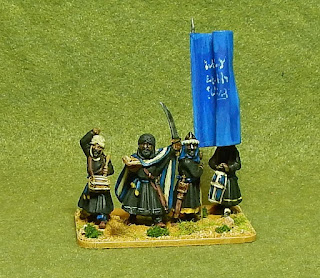 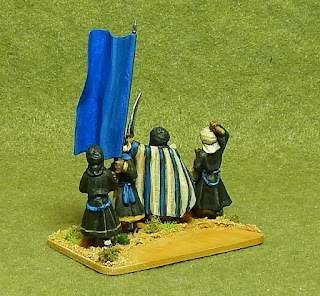 I have also finished off the last of the Miniature Design Studio Berbers with Bows, seventeen figures in all. I did have rather a lot of the same pose though, nine of these chaps are identical. 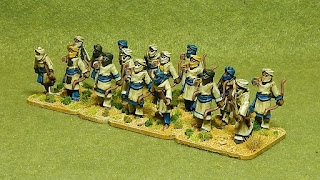 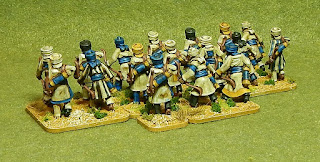 Again, like the Spanish spearmen, if I add these to the command stand and archers I did last month I get another respectable sized unit. Again, I need to do a large movement tray for them. 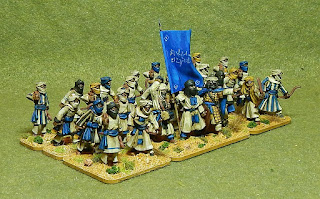 Finally, and these will not count towards the painting tally until they are based, I also finished another Berber standard bearer and four officers. All from Gripping Beast, these will be added to upcoming units. 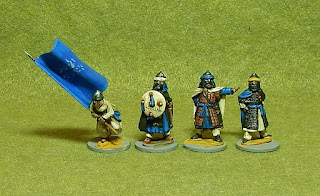 Posted by Paul Scrivens-Smith at 16:20