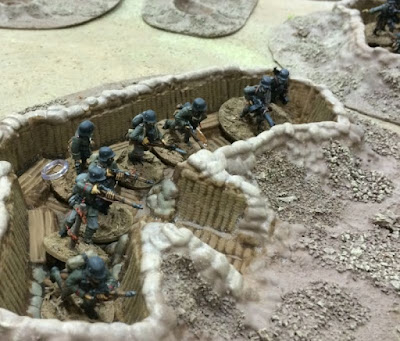 Yesterday Lee and I had our first game of the year at the club, this time it was time to play Chain of Command WWI. Lee elected to use his 1917 British Infantry and I used Stosstruppen, I thought it would give him a better game given the poor performances I have put up against him of late (here, here and here).

We randomised the scenario and like last time would be playing the Delaying Action that I had done so badly with last time. As I have loads more support options it's best that I am the attacker and rolling for Force Morale things looked good when I would be starting on a 9 to Lee's 8.

Playing out the patrol phase was also quite successful for the Stosstruppen, deploying 12" from that Jump-Off on the left I would almost be in his trenches and with six command dice I hoped to see plenty of double phases so that I could be on the British before they had time to form a defensive line. 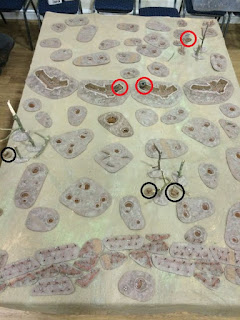 The British defenders had 1917 11 points of Force Support and Lee spent it on a Whippet, two Stokes Mortars and a Sniper. My own 12pts was spent on an Adjutant, a Maxim MG/08 a 7.7cm Gun and a off-table 7.85cm Minewerfer

Things started well and as you can see from the image below one section, with the Feldwebel, was soon occupying that left hand section of defenses and ready to flank the section of Tommies to my right. 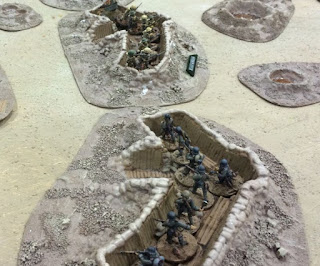 I pushed another section, led by the Leutnant up the centre, the further distance though did mean that they were taking quite some time to cover No-mans Land, so I played a dirty Hun trick, I used a Chain of Command dice to re-position a jump-off point behind them then immediately deployed another section of Stosstruppen directly in the trenches. 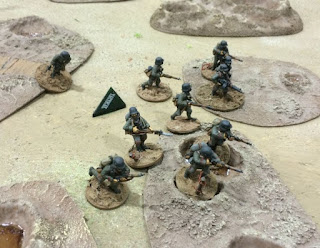 There were now more Germans than British in the front-line trenches and the Tommies were looking surrounded. 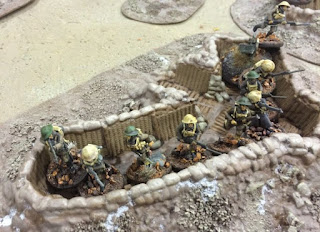 The usually very effective Stokes mortars were having little effect against the elite Stosstruppen and soon the German machine-gun and artillery piece were being targeted. Crew casualties mounted but the supporting weapons stayed effective in keeping the heads of the Tommies down.

By now most of the British were pinned and most of the trenchline was held by the Germans, a succession of officer and NCO casualties on the British had also severely impacted on their Force Morale. Seeing no way that he could hold the position against the probes of the Storm Troopers the British withdrew leaving the field to the Germans. 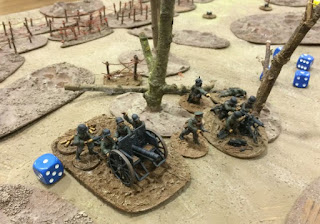 This is the first time that my Germans have won against Lees British and given my poor results in any game of Chain of Command against him it does make a refreshing change. However if I had been using the 'regular' Germans I think they would have taken the usual pounding from the Stokes Mortars and my Leutanant would have usual been felled by the first shot of the game....

More pictures from the game. 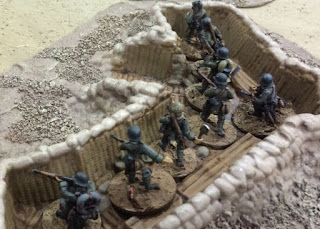 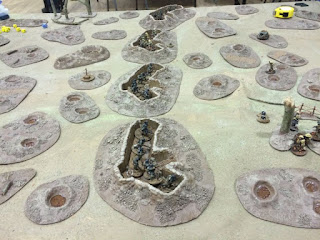 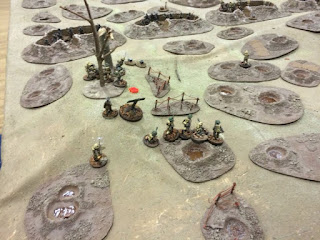 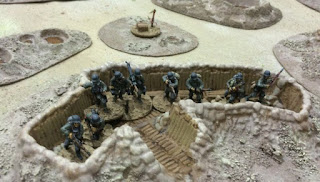 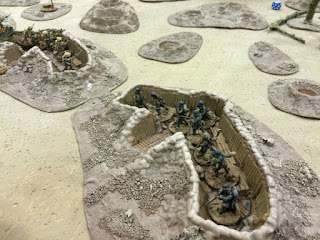 Posted by Paul Scrivens-Smith at 07:39
Email ThisBlogThis!Share to TwitterShare to FacebookShare to Pinterest
Labels: Battle Reports, Chain of Command, WWI