Enthused by some of the sights we saw on our Route 66 road trip I thought they warranted embarking on a new project. After Palo Duro Canyon in Texas and  For Reno in Oklahoma Victoria suggested Plains War, but I was equally enthused by the actions at Baxter Springs and Glorieta so decided to order a box of Perry Miniatures ACW Union Infantry - they'll also do for the Plains War if I decide to go that route later.

Apologies for the quality of the pictures, despite a couple of coats of Testors they are still quite shiny and the highlights are really not showing up.

The first group were made up in an attacking pose.

I did a few more as skirmishers. 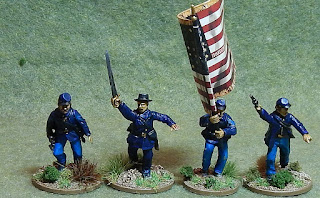 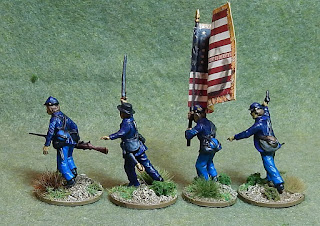 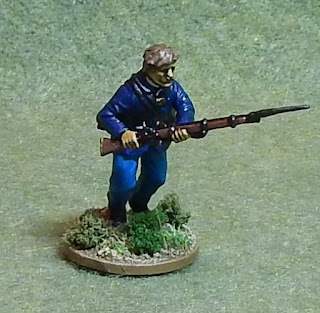 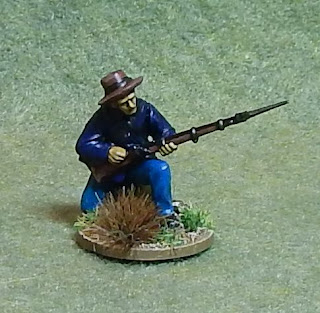 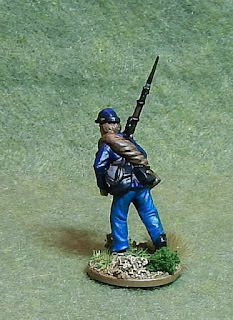 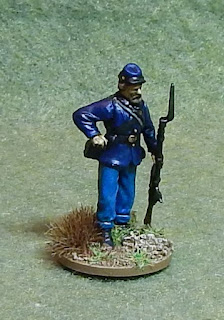 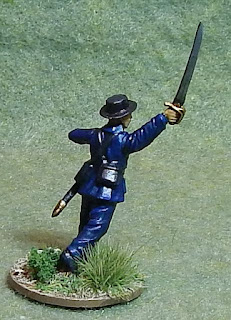 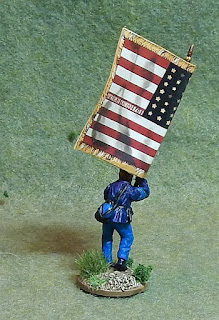 Another box of these figures is on it's way and I plan to pick up some Confederates when I'm in the UK next month.

My initial thought is that we shall use Sharp Practice by Too Fat Lardies once enough stuff is painted.

Posted by Paul Scrivens-Smith at 13:27