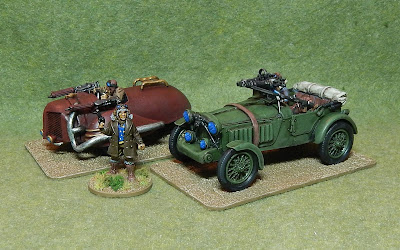 While at the recent Historicon show I picked up a copy of Maximillian 1934 from the Eureka Miniatures stand along with a Tribekka and an motorcycle. I already had a couple of 1st Corps jazz-age cars that I had picked up in the UK last year.

Chum Martin had also sent me the WWI Pilot from the Partizan show in May, although I had this painted a few weeks ago he's not been on the blog yet and this seems an opportune post. 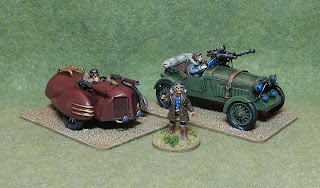 The first car I got done was the Eureka Miniatures Tribekka, I had also picked up an accessories pack so that I could customise more, so this one has a different grill and a luggage rack. The car is equipped with twin forward firing Vickers machine-guns.

As you can see I went with a burgundy and brass colour scheme that I think turned out quite snazzy. The basecoat for the red is Vallejo Black Red then highlighted up with successively lighter glazes, the model is finished using a Tamiya weathering kit.

If I did this one again, I'll put the front wheels further forward as it seems a little unstable as is. On the subsequently built Eureka cars I have added a small windscreen made of cardboard as I think that is lacking on this kit. 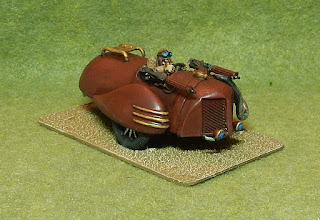 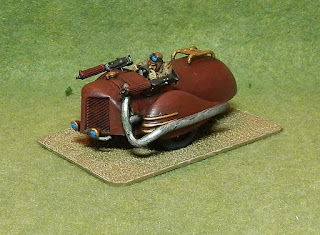 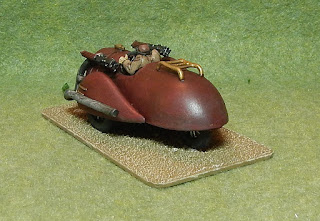 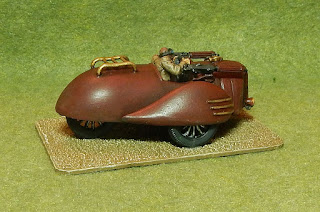 The second model painted is a 1st Corps four-wheel speedster I've armed the car with a pair of passenger operated twin linked Lewis guns on a pintle mount and an anti-tank rifle mounted over the bonnet. Both of these were from the accessories kit.

The main colour is Vallejo Reflective Green, I understand that British Racing Green has had many different shades, hopefully this one was used at some stage.

The 1st Corps cars really are a delight and I hope to pick up the rest if this project takes off. 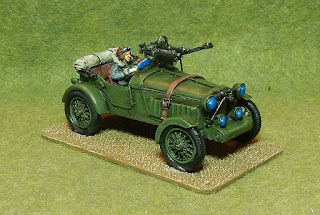 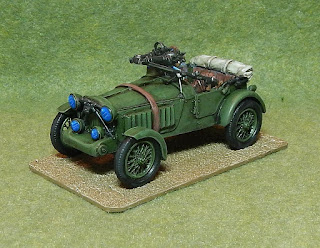 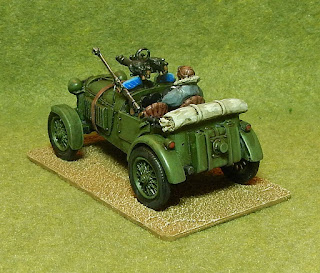 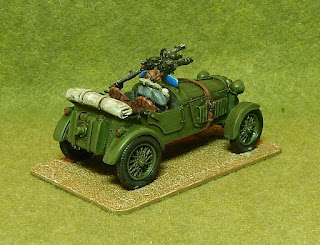 Finally the WWI pilot that was the give-away at the last Partizan show to commemorate the 100th anniversary of the RA, a lovely figure that is a delight to paint. 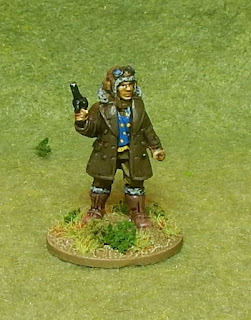 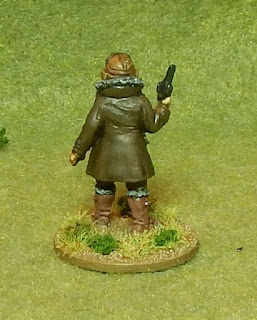 Posted by Paul Scrivens-Smith at 07:45