Following on from the last blog post, when the first twelve Agincourt men at arms were completed I set to it this week and completed the remainder of the box. 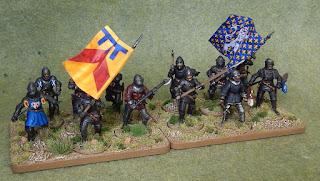 The Perry Miniatures Agincourt Foot Knights are a delight to assemble and paint - apart from that one pole-arm on the English Knights sprue that snaps in half two times out of three.

My usual method of base-coat, wash and two or three highlights does come out rather well on these. 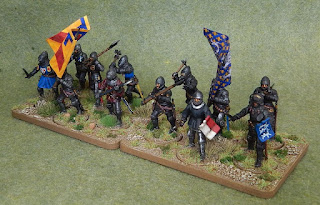 The recipe for the blackened armour is a base-coat of 50:50 Black and Gunmetal Grey, washed with AP Strong Tone and then the base-coat is re-applied then a couple of glazed highlights of the same with more Silver added to each layer. 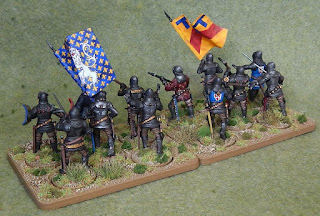 The figures are individually mounted on Renedra 20mm rounds and then the movement trays/sabots are a custom order from Warbases, six cut-outs in a 80mm x 60mm tray. 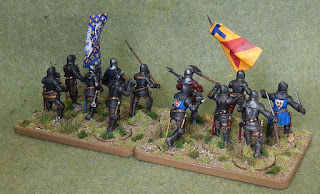 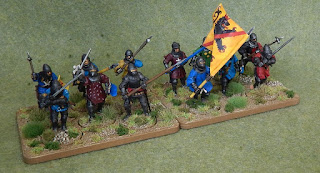 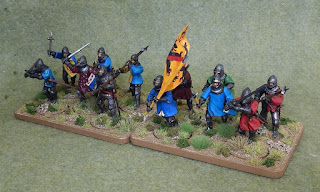 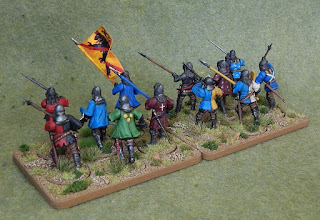 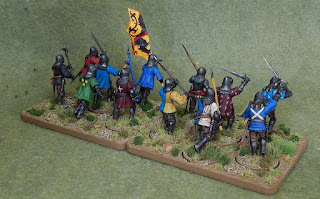 As usual, shots of the individuals: 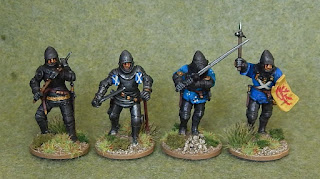 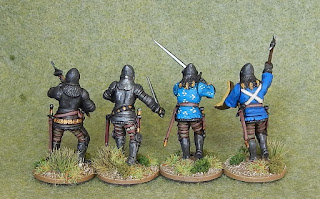 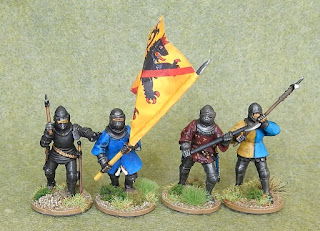 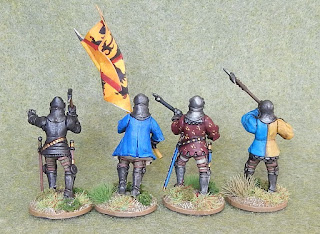 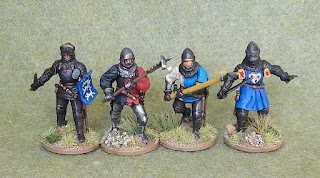 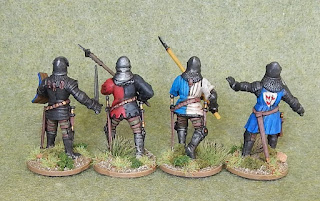 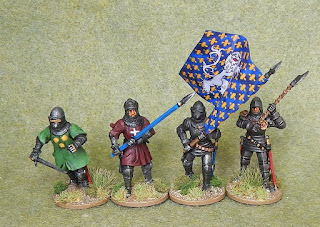 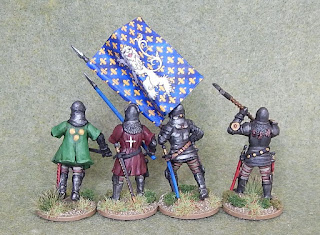 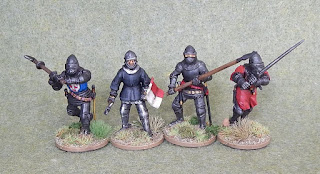 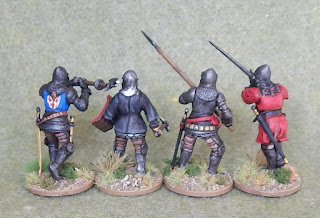 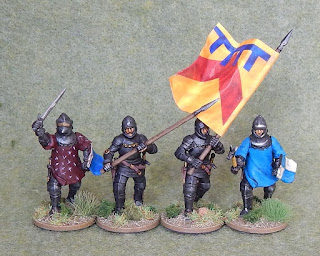 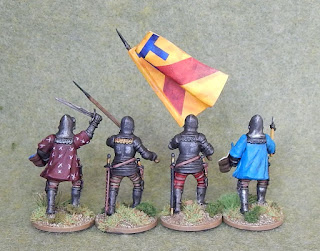 Posted by Paul Scrivens-Smith at 09:00