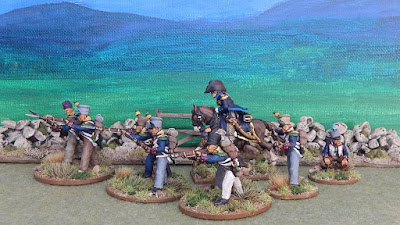 After doing all the twiddly bits on the Hussars I treated myself to a little Amuse-bouche and cleansed my palette with a few skirmishers and other bits and pieces for the French. 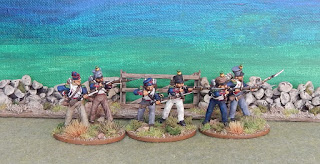 Half a dozen Voltigeurs based in pairs, these will work nicely as a group for a Sharp Practice game, else, just to act as a skirmish screen in our big battle games. 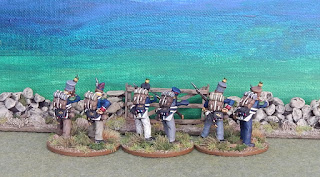 These are all plastic figures from the Perry Miniatures French Napoleonic Infantry set and these particular ones have been in the pile'o shame for many years. 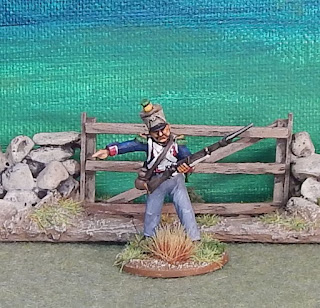 I did one of them on a single base as a Voltigeur Sergeant, so that he can be used as a leader in our Sharp Practice games, else, as a disorder marker or similar in big battle games. 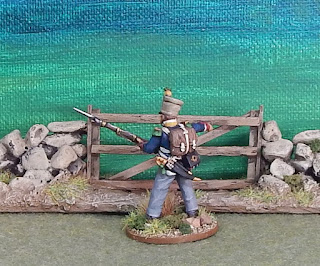 A dredge of the pile'o shame turned up this Perry Miniature staff galloper from the Mounted ADC's. 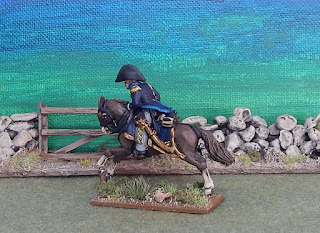 It's a great figure but I think the face is a little odd, maybe a saber cut at Leipzig left him rather the "Sweet William" 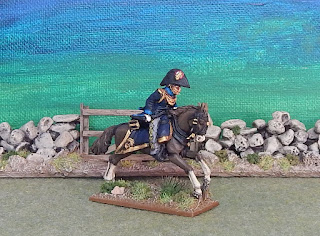 The last figure is a squatting infantryman from the "'hired help' for hauling guns" set found in the pile'o shame, useful as a disorder marker. 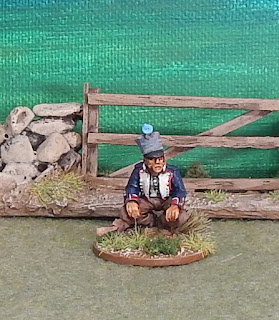 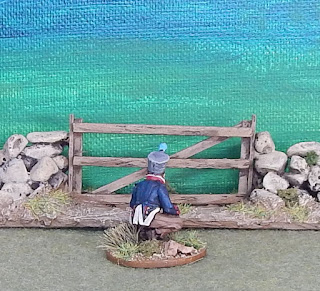 Looking forwards to be able to play some games with these once we are allowed to start socialising again with them.

Posted by Paul Scrivens-Smith at 07:25