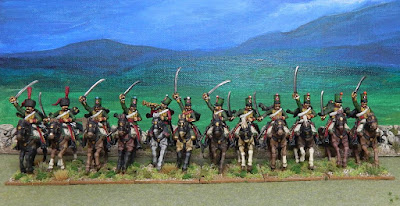 Ten days since my last post which is rather a long time for me, but I have been taking a break from the French infantry and painting something a little more intricate this week. 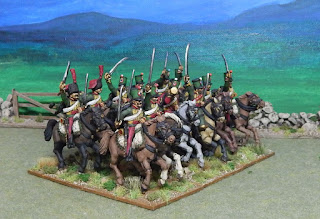 These figures have been assembled and primed for I reckon about six or seven years, well before we moved to the US, they have languished in the lower strata of the pile'o shame all these years, but my recent return to the dalliance with 28mm Napoleonics has bought them back to the fore. 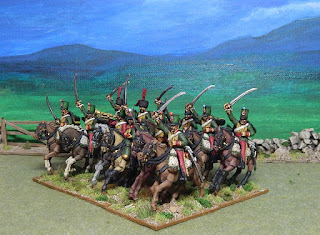 All  the figures are from the Perry Miniatures French Napoleonic Hussars set. 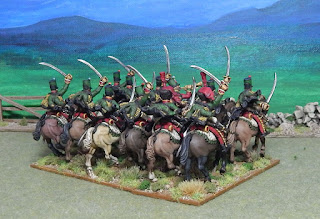 I'd intended them to represent troops from the 7th Hussars at Waterloo, so, I'm really not sure why I assembled so many of them in Colpack, maybe I'll replace them at some time in the future but they will make a nice addition for now. 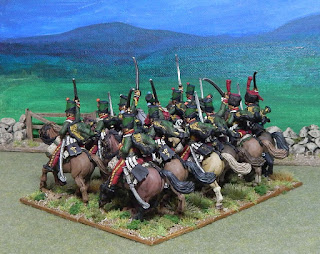 The joys of publishing, I can see that I missed the eagle and "7" from the sabretache in the one closest the camera!

Here are a few close ups:

When the two components of the force are reunited I'll be able to field three large units of French Hussars, the 5th, 6th and this 7th Regiments.

Back to painting plain old infantry for a while though, I can't keep up with all the excitement of this horse flesh.

Posted by Paul Scrivens-Smith at 06:20