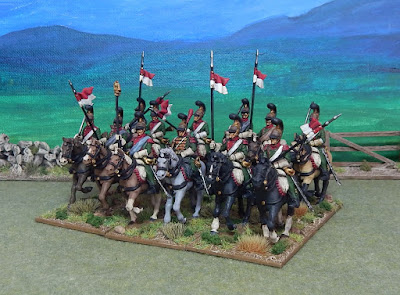 It seems that I am one of lifes natural infantrymen, whenever I paint cavalry it seems such a chore and takes longer than expected. Looking back through the blog archive there always seems to be a greater time period between the previous post and a cavalry post than between any other post and a non-cavalry post. 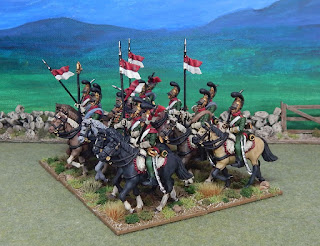 Enough about my obvious distaste for painting those cavalry bastards, here are a dozen of them representing the 4th Regiment of Chevaux-legers at Waterloo. 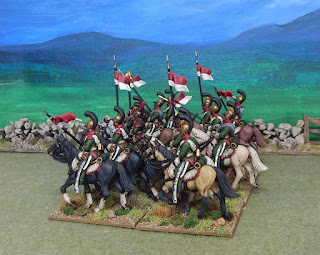 These are all from the Warlord Games French Line Lancers set. 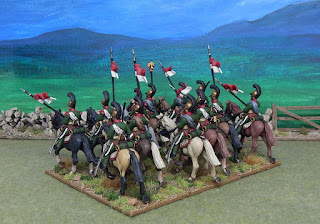 They are well cast and go together well, but there is only one type of frame in the box with two lancers and two horse halves so the poses are lot more samey than a box of Perry plastics where there are at least three of each horse halves and the heads are separate. 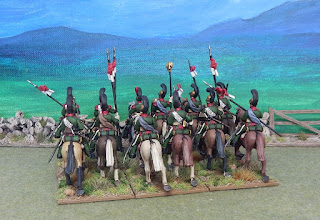 There is a nice bag of metals in the box, so I was able to make one of the cavalry an Eagle bearer and another a bugler. The metal cavalry colonel is currently being painted as up as one of my light cavalry generals for our games. 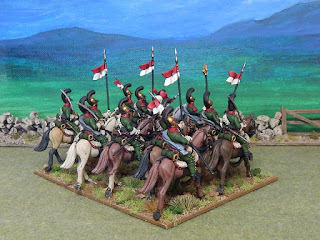 Be wary about using the box art as a painting reference, the pennants should be red over white, not the other way around and they should not have red crests on their helmets. 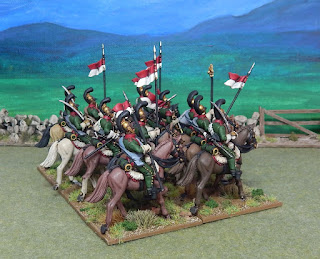 The figures are a little wide, I like to put my cavalry on a 20mm frontage per figure and these would have been better on 25mm bases, I did a bit of jiggling and this unit's six bases will only rank up one way. 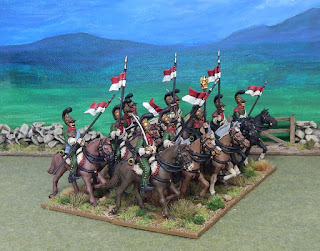 All in all though I'm quite happy how they turned out and they make a change from Hussars which is the core of my current force light cavalry. 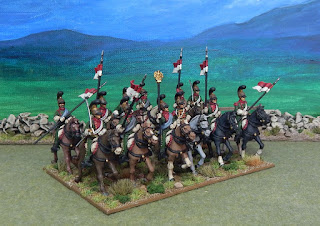 You never know, I may even get a game in with them one of these days.

Posted by Paul Scrivens-Smith at 17:55