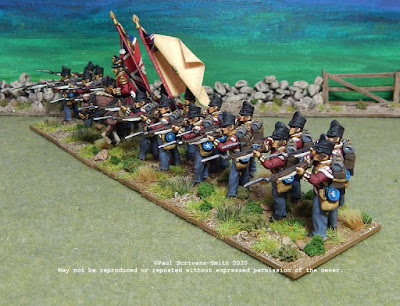 After the fun of painting some guns and riflemen it's back to the painting churn of British line infantry units with this group representing the 2nd Battalion, 40th (2nd Somersetshire) Regiment of Foot who fought as part of Wellingtons reserve in the 6th Division during the Battle of Waterloo. 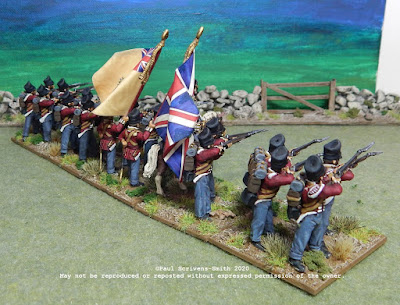 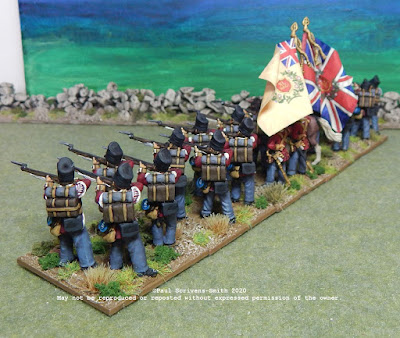 The mounted officer is from the Warlord Games range, while the rest of the unit, like the majority of this force, is made up from the Perry Miniatures Plastic Napoleonic British Line Infantry box set.

I'm now on my third box of these, so had amassed enough pairs of the firing arms to do this entire unit unleashing it's volley. 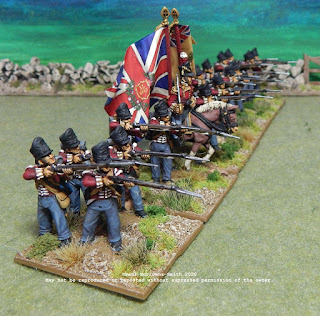 Another shipment arrived from the UK this week, so after I finish the next British line unit that is currently "on deck" I'll probably start on some command stands for the Anglo-allied forces and then work to bring the gun batteries up to strength. 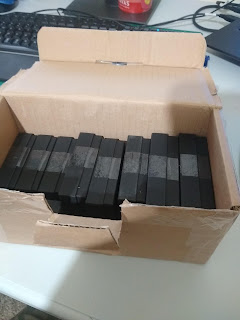