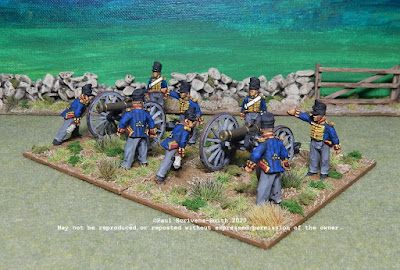 While I was putting the finishing touches to the Riflemen I also started doing the base-coats on a battery of Royal Artillery 9lb guns for the collection.

Each gun is from the Perry Miniatures British Foot Artillery firing 9 pdr pack. 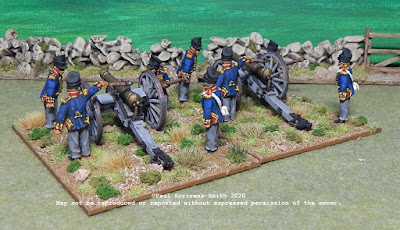 The guns are base-coated in a 50:50 mix of VMC Horizon Blue and VMC Pale Grey, the former I thought too blue and the latter not blue enough so went for a mix. 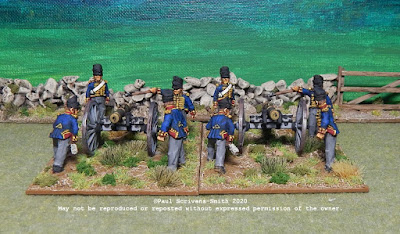 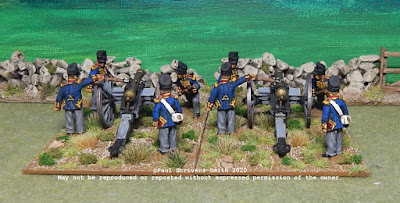 A couple of close-ups of each gun. 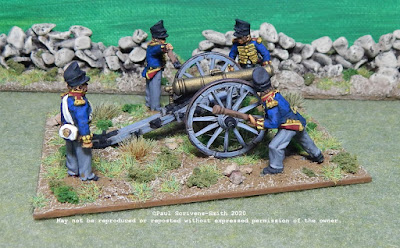 I see in the above shot that I managed to varnish a fine hair, it has since been removed, these close-ups are great for finding our mistakes, like the mud splats on the overalls of the chap on the left. 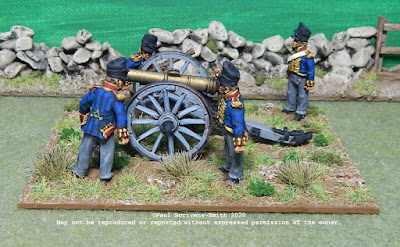 The bases are the 65mm x 90mm Artillery Bases from Renedra which I think give a good size footprint and don't end up with a battery deployed wheel butted against wheel. 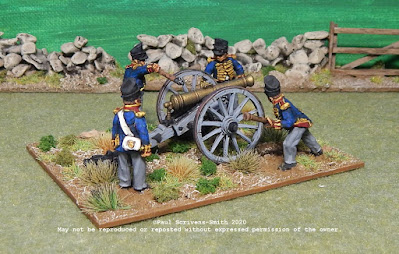 I've since decided though that as my rule-set of choice is going to be General d'Armee I will add a third gun to the battery so each gun represents a section of two guns, an extra gun is currently winging it's way to me from the UK. 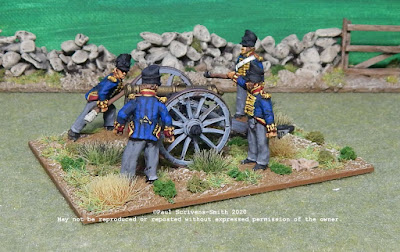 And for the final photo, more sloppy painting exposed with the rusty wheel rim splashed onto the woodwork, another fix up to do.

This will be my last post for August, but still a good momentum with the following painted: