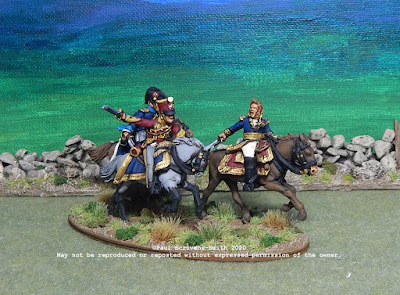 Yesterday evening myself and the chaps from the Madison Tea & Crumpets Wargames Club had a virtual club meet on Messenger where we painted and chatted for a few hours.

I put my time  on the call to productive use doing the highlights on these figures that I had base-coated and washed earlier this week. I started the base work before work this morning and finished them off at lunchtime. 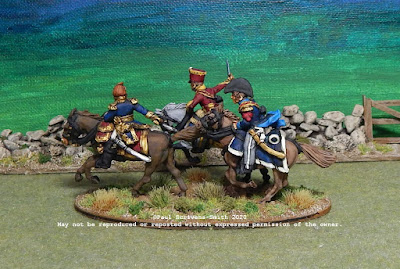 All three figures are from the Perry Miniatures "Marshall Ney and staff mounted at the gallop" set  and are based on the depiction of Ney leading the cavalry charge during the Battle of Waterloo shown in the Panorama displayed at the battle site.

There is a rather splendid close-up of this section here. 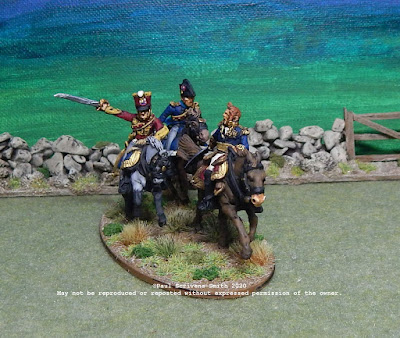 As I mentioned in my earlier post I wanted to get some practice red-head in so I could work on Marshall Ney and I quite like how it came out.

All three make a lovely group although my meager force of seventeen battalions of foot, nine regiments of horse and four batteries of guns probably does not warrant a Marshall of France to lead them, so I had better get painting some more. 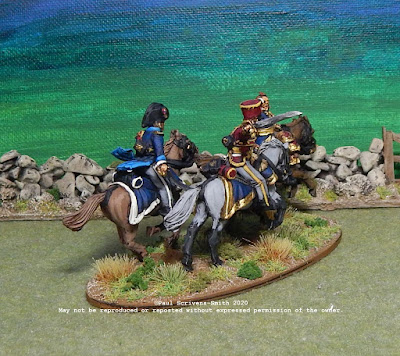 A few close ups of the figures in the group.

Michel Ney, Prince of Moscow, described as le Brave des Braves by Napoleon, he survived Waterloo only to be executed later that year. 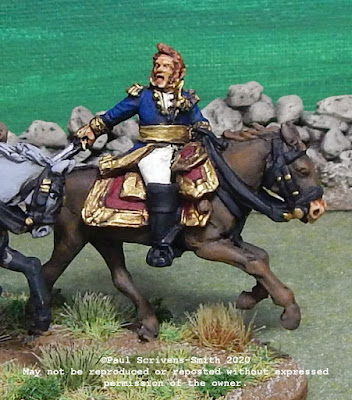 Pierre-Agathe Heymès, an Aide de Camp to Marshall Ney since the 1812 campaign, he was a Colonel at the Battle of Waterloo, survived the battle and died in 1842 at the age of 65. 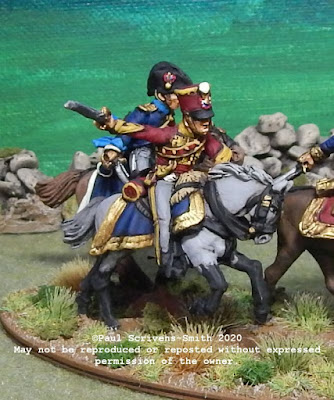 Colonel Octave René Louis Levavasseur served as an Aide de Camp to Marshall Ney during the Battle of Waterloo also survived the battle and dies in 1866. 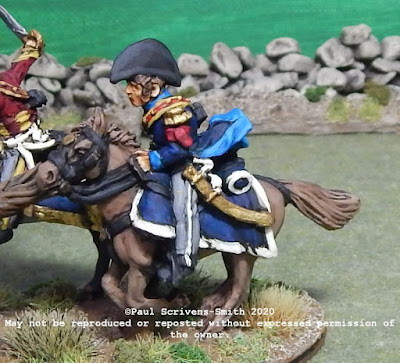 This completes my current project of French, apart from a few loose figures I had ran out of stuff to paint.

I placed a small order on Arcane Scenery last Thursday, six days later it's across the Atlantic and here with me in Wisconsin, now do I hand on with an "on parade" of the French painted so far, or just do an interim one anyways? 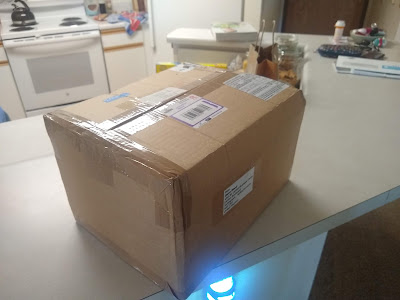 On deck right now another unit of Anglo-allied infantry, with a break from the KGL it's a regiment of English this time.