A break from the redcoats to add a detachment of riflemen from the 95th Regiment of Foot to the force.

All the figures are from the rifleman frame included in the Perry Miniatures Plastic Napoleonic British Line Infantry box set.

I assembled some of them without backpacks and a few are head-swaps for heads from the French infantry frames, the head with the pokalem making a fair impression of the soft hats. 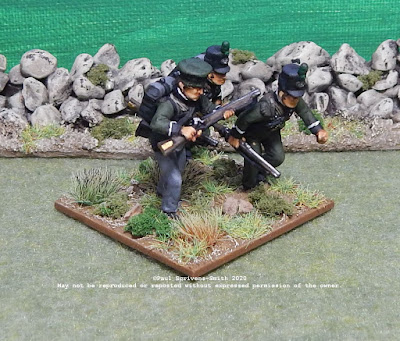 The green is a basecoat of Rustoleum Camouflage Forest Green primer with a highlight of VMC Russian Green and a AP Green Tone wash. 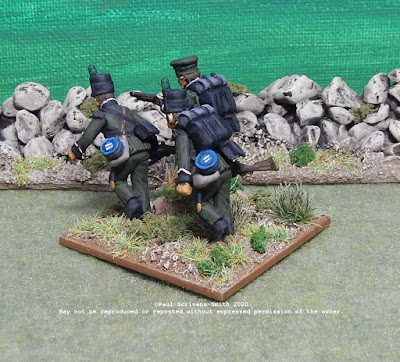 The addition of a few without backpacks and with head swaps I think breaks up the unit rather nicely given that there are only two bodies and two arm configurations on the frame. 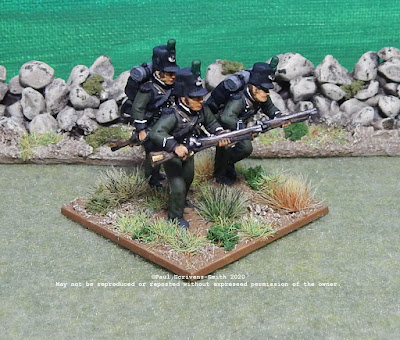 As these are supposed to be light infantry I based them three to a base rather than four to make them a little more loose order, it also means that these will constitute two groups for Sharpe Practice games. 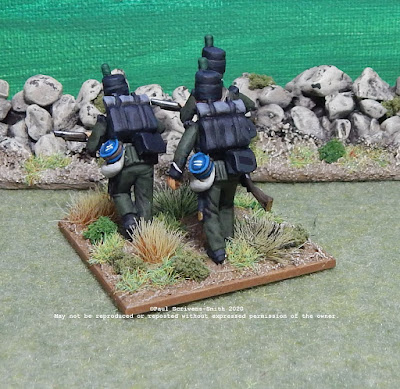 Using the spare backpacks and a kepi from a head swap I made an additional deployment point for our Sharp Practice games. 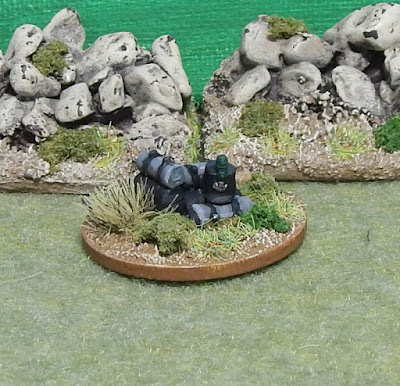 On deck right now a section of 9lb guns from the Royal Artillery that I hope to get finished this weekend.