Another week of spending an hour or so each morning and evening at the painting table sees another set of figures added to the Napoleonic French collection.
Firstly, a bit of a break from the Perry Miniatures with this rather lovely special from Calpe Miniatures that was released back in 2012 that Tony very kindly sent me. It will make a great deployment point for when we play our Sharpe Practice games, and will surely feature in some way in our "big battle" games. 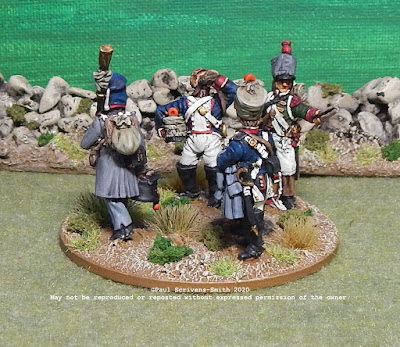 Although the set was intended to be three artillerists and an infantryman I did paint them all as infantry, in my mind they are taking some solace after the overnight rain by brewing a breakfast of coffee on the morning of 18th June 1815. 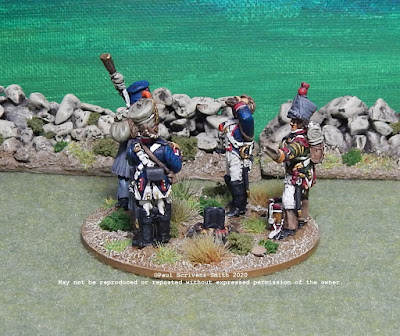 The next pair is a infantry colonel conversing with an aide-de-camp that I plan to use as one of my brigade command stands for our big battle games. 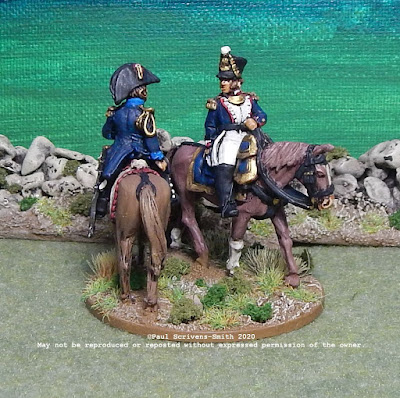 Both of these are Perry Miniatures from the Mounted Infantry Colonels and Mounted Imperial Orderlies set. The ADC should really have a leopard skin rather than a sheepskin, I only figured that out after painting though. 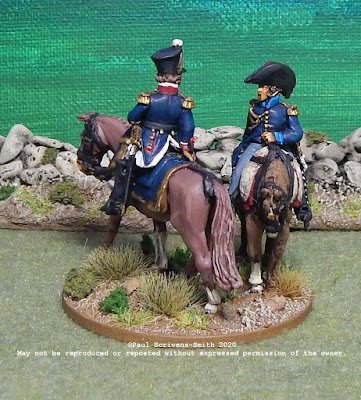 I'm quite taken with the General d'Armee rules and painted up another one of the Imperial Orderlies as an ADC for that. 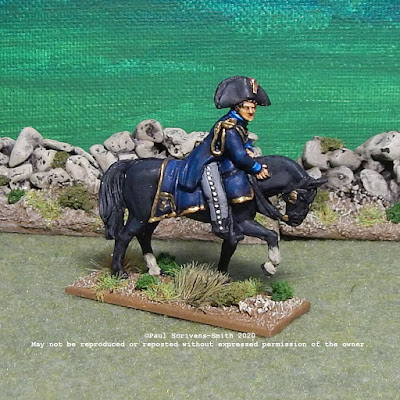 Although if I do want to play General d'Armee the ten units I have painted so far this year are not going to cut it, so, I'm going to either have to fetch the rest of the collection from the UK else spend the rest of the foreseeable future painting more Frenchmen. 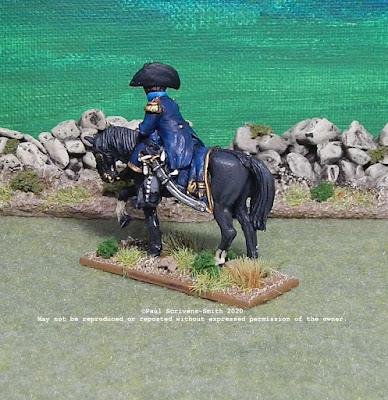 I've painted all the marching infantry that I have from the plastic French Napoleonic Infantry sets I had in hand, but there are still a ton of skirmishers left to do so I added another four bases of those this week.

Finally an infantry sergeant from the Line Infantry NCO's set, this chap will be useful as a leader in our Sharpe Practice games, else can be used as a disorder marker or similar in the larger battles. 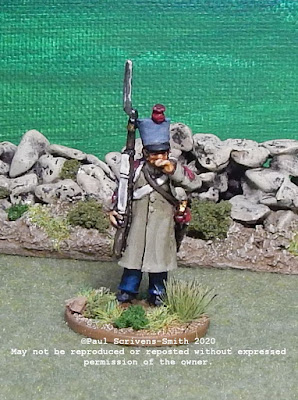 I think I've had quite a productive week, on deck at the moment is another regiment of Chasseurs à Cheval and then I plan to start on some troops from the Anglo-Allied army to fight them with, hopefully starting of with a small collection so that we can play some Sharpe Practice and working up to a similar sized force to the French for some larger battles. 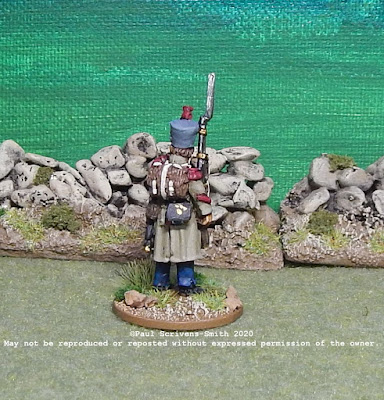