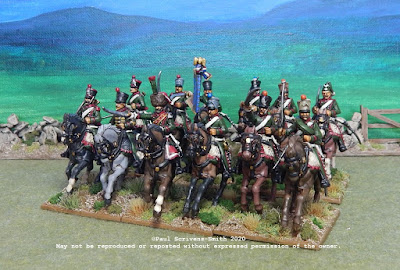 This weeks output is another unit for the Napoleonic French forces for the Hundred Days campaign with the 3rd Regiment of Chasseurs-à-Cheval completed. 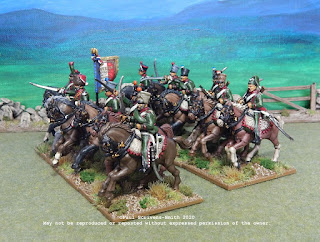 I usually moan about the time it takes me to paint a unit of cavalry, but I may have found just the thing in these, maybe it's because unlike other cavalry types they the lack the fuss and feathers that Aly noted recently. 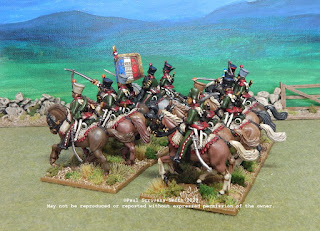 All the figures are from Perry Miniatures and are from the French Line Chasseurs a Cheval 1808-15 set. 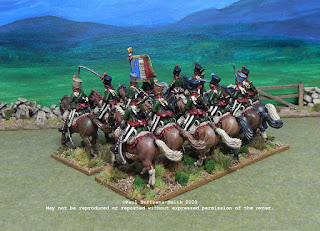 It will likely give the purists palpitations, but, I assembled them in a mix of Spencer and Kinski coats, while some have overalls and others have breeches. 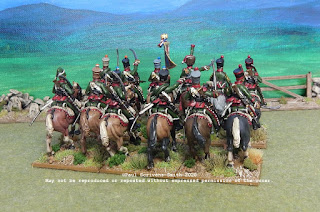 The Eagle was left over from one of my line infantry units and the standard is from GMB Designs. 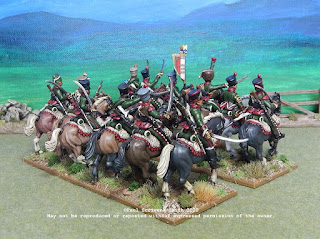 As well as ordering this set I also ordered from the Perry's a few more French Light cavalry horses and a Chasseurs a Cheval command frame, so I will have enough troops to make a second unit up. 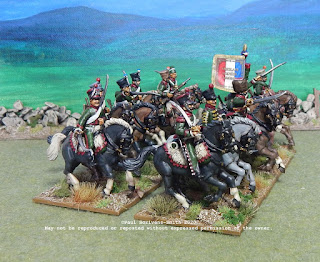 Some of the individual bases, the office in this set is really very nicely done, on a rearing horse. I clipped his base and pushed him far forwards on the stand to make it look like he was eagerly leading the charge. 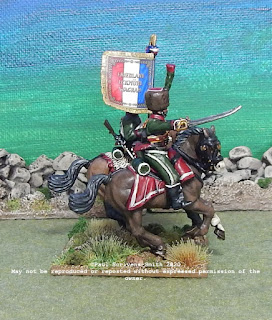 It does though mean that he now only has a single point of contact with his base, I will need to be careful. The porte-étendard is one of the open handed figures from the set with an Eagle from the infantry set. 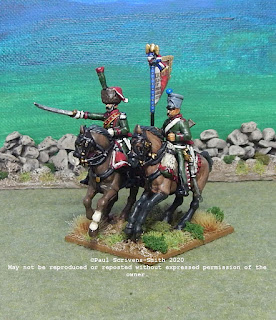 There is bags of animation that can be made from the set, this pair from the 6th company demonstrate that nicely. 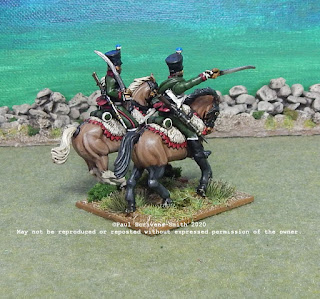 Despite being a cavalry regiment I'm quite looking forwards to painting another unit of these. 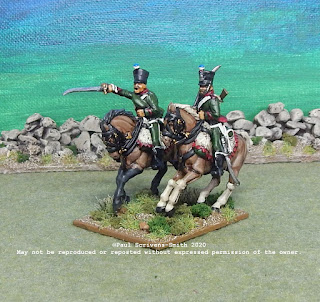 On deck at the moment are a few more infantry skirmishers and some commanders.

Posted by Paul Scrivens-Smith at 12:14