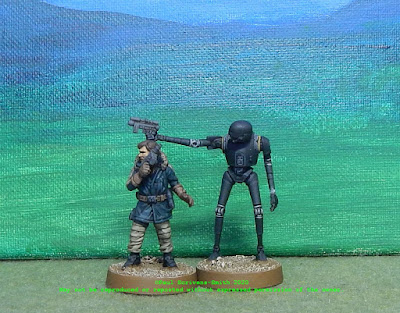 I'm a very luck chap, for Fathers Day my daughter bought me the Cassian Andor and K-2SO Commander Expansion for Star Wars: Legion. 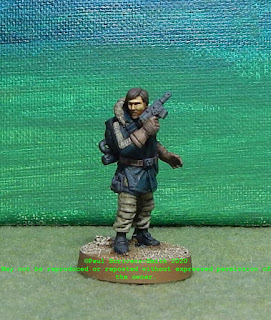 For Cassian, I elected to build him with the A280-CFE pistol configuration. The kit also includes the sniper configuration and a compact blaster option. 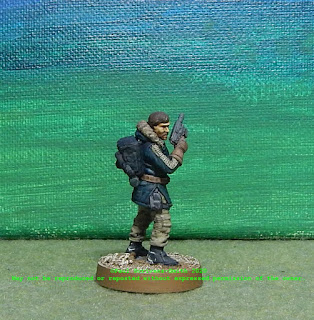 These were painted in my usual, basecoat, wash, two or three highlights method. 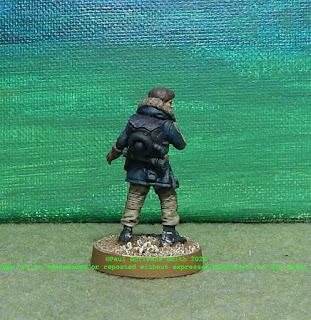 Cassian's parka is rather a strange dark blue/grey colour that I did not have anything specific for so I base-coated with a 50:50 mix of Black-grey and Dark Prussian Blue, then after the wash reapplied this as a base-coat then added two more layers with more Pale Grey added to each. I do like the effect and think it came out a good match to the parka worn in Rogue One. 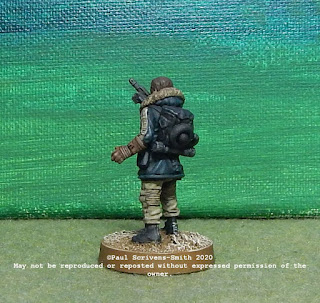 The trousers are from Khaki, the fur trim is a basecoat of Field Drab and the back-pack off of Black-grey. The A-280 is done off of Basalt Grey. 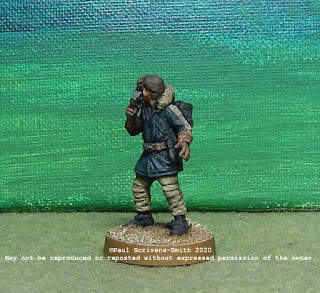 The detail on the parka is off of German Camo Beige and the gloves and belt from Beige Brown. 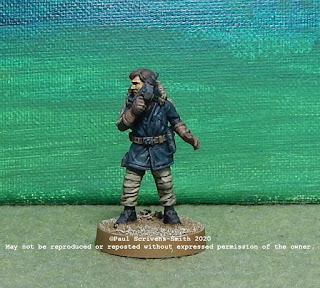 K-2SO is another great model that really captures this droid. For this one I selected the option of Jyn's SE-14 blaster in his right hand and nothing in his left hand. 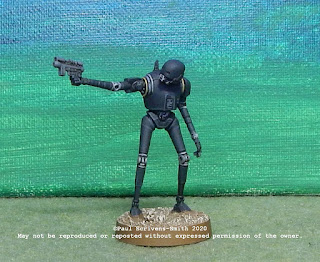 This was a really easy paint job, the model was painted all over Black-grey, detail at the knees, elbows, etc. picked out in Pale Grey and the arm sockets in Golden Brown. The SE-14 was painted Basalt grey. 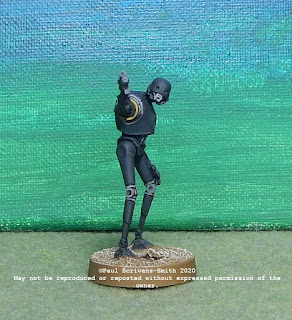 After a wash of AP Strong Tone the base-coats were re-applied and then a couple of highlights added. 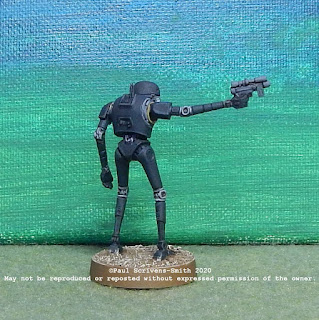 The bases are a done in pumice gel with some patches of grit added when dry. The whole lot painted in Flat Earth then dry-brushed with Iraqi Sand then Pale Sand before a coat of Testors dull-cote. 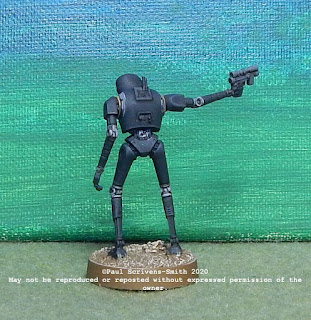 As can be expected from these models, although pricey they are lovely figures with bags of character and detail. 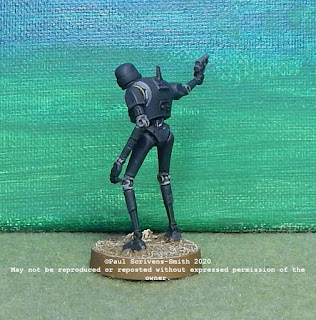 Apologies for anybody who thinks that the copyright notice on each picture is rather distracting. One of the sock-puppet accounts on TMP has been taking my content and re-posting it to TMP. Despite multiple requests to stop doing it and delete the post it is still an ongoing problem so I'm putting a copyright notice on the images for now. 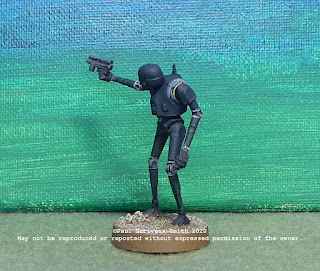 If I wanted my work on TMP I would put it there, however I have no desire to support that place.
Hopefully, TMP will disappear into the abyss one of these days and it will no longer be a problem. 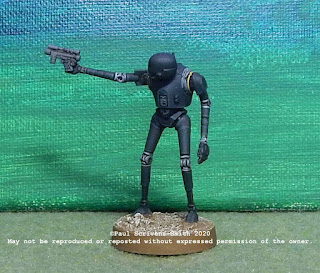 I've been painting a load of 28mm Perry Miniatures of late and switching back to the Star Wars: Legion stuff made me realise just how huge these models are. I know that the Napoleonic chap is on a slim Renedra base, but looks at the size difference between them! 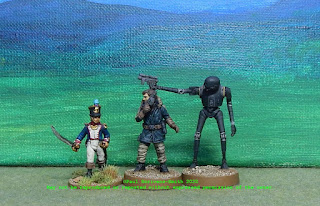 Posted by Paul Scrivens-Smith at 07:15