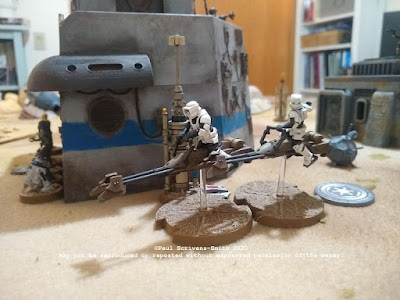 Victoria and I last played Star Wars: Legion back in April and it was really time we started playing again so Thursday evening we cleared the decks and set up another game.

Since we last played Victoria has painted this rather splendid 3D print of a Droid Depot that we picked up on Etsy, she's bloody good at this grimy Sci-fi look. 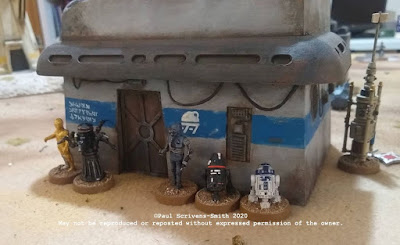 The droids for sale are from the rest of the collection not being used in the game. K2-SO is on the roof for effect.

The rest of the terrain was laid out and the mission generated. 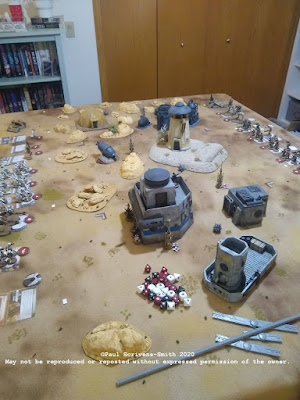 Sabotage the Moisture Vaporators in a Minefield with Disarray, should be fun! The forces used this time were almost identical to when we played last time. 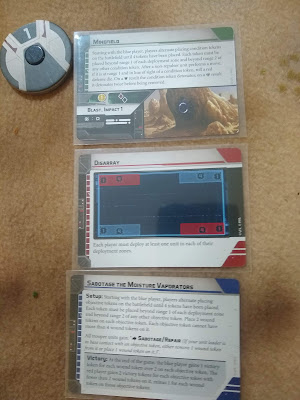 We were quite late starting and fairly rusty with the rules so only got a couple of turns in on Thursday evening, finishing off on the Friday. 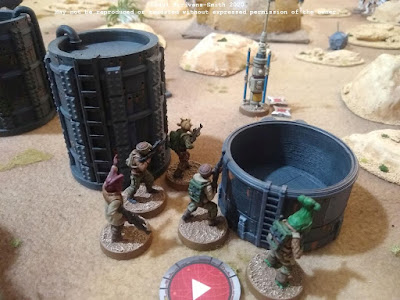 The Rebels were early to the party an started removing damage from the vaporators while the Empire soon joined in the fun and started smashing stuff up. 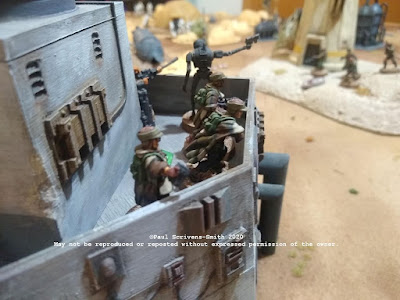 Rebel commandos on the roof of the droid factory engaged heavily with Boba Fett, but he was very very good with his saving throws as usual and finished the game damaged but still in the fight, more than can be said for the commandos 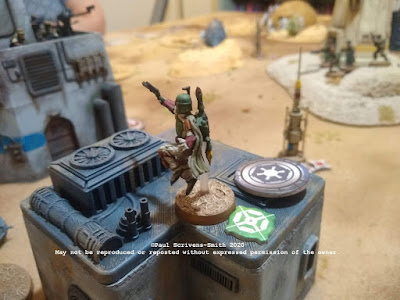 Boba Fett had chosen Princess Leia's subordinate as his mark, getting wind of this he wisely decided to hide out in the Droid Depot and give orders from there. 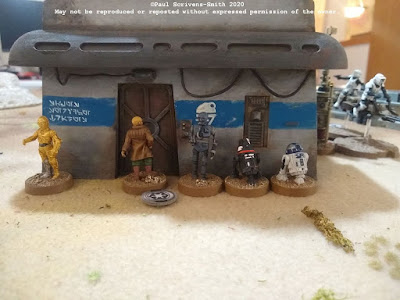 The scout bikes were soon doing laps of the Droid Depot, their suspensors allowing them to ignore the mines strewn around.
As usual, my Rebels put up a good fight but completely fail to capitalise, having this unit of Stormtroopers in their sights you can guess which unit finished the game on the table. 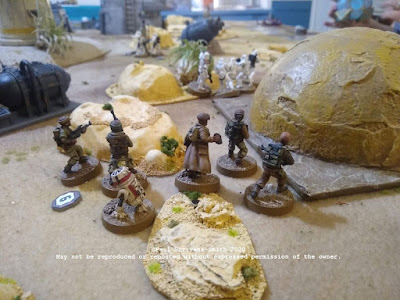 Krennic inspires his troopers, these chaps must have Beskar armour, even if they had made an average amount of saves they would not have been here at this stage of the game. 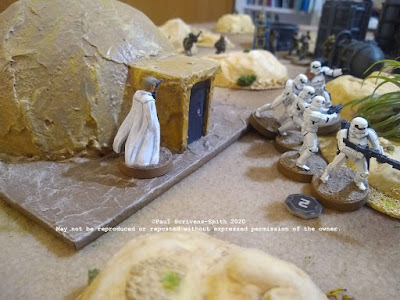 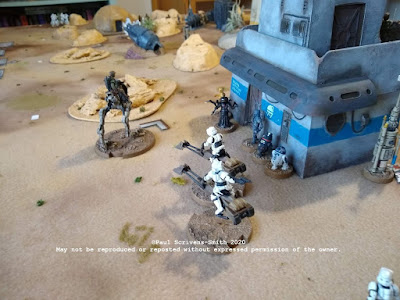 At the end of the game the Rebels have three Victory Tokens but the Empire have four of them, another Empire victory! 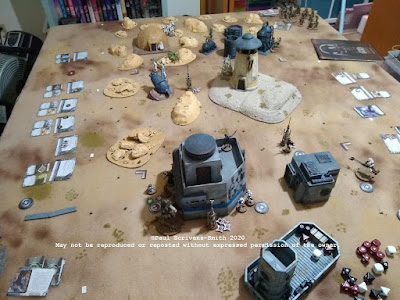 The Butchers Bill for the Empire. 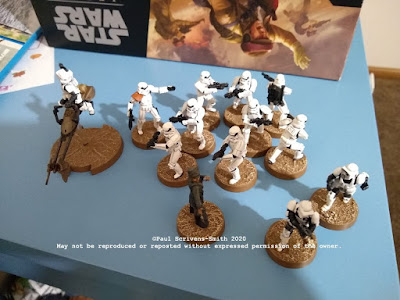 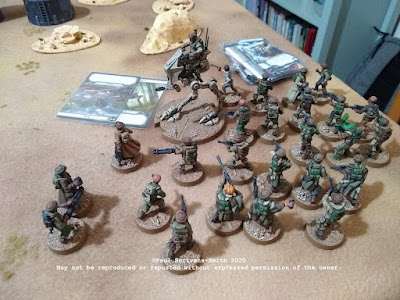 I did escape a force choke from Victoria though!