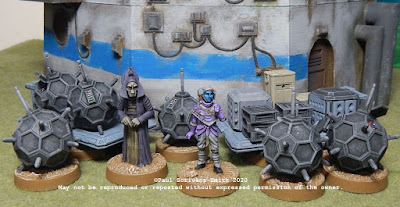 Back in June I picked up the Vital Assets set as it was released, I stuck them together, primed them and they have been sat on the painting table ever since watching the Napoleonic stuff get painted.

After last weeks game where we used the mines in a primed state I decided that it was time to crack on and get them all finished. 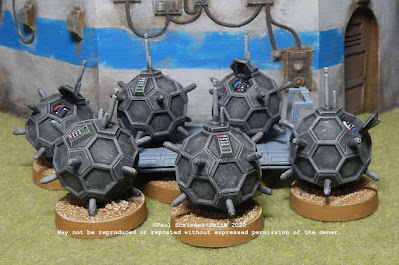 The mines were all base-coated in VMC Black Grey then dry-brushed up with first VMC Basalt Grey and then VMC Pale Grey, the keypads etc. picked out in Ivory, Flat Red & Flat Green. 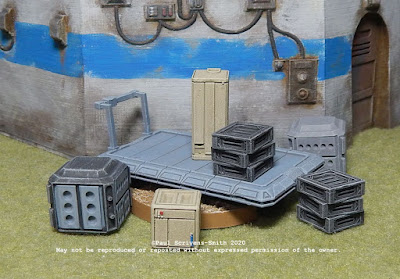 The repulsor pallets were done off a base of VMC French Horizon Blue, while some crates off of Black Grey, others off Basalt Grey and the last couple off of German Camo Beige. That was enough dry-brushing for the session so time to do some proper painting.... 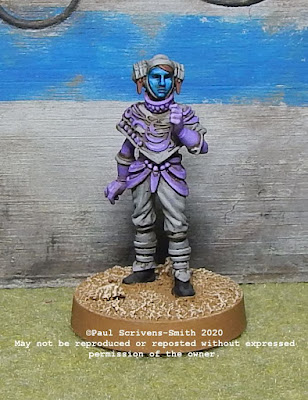 The first of the hostages in the set represents Riyo Chuchi a Galactic Senator from Pantoran. 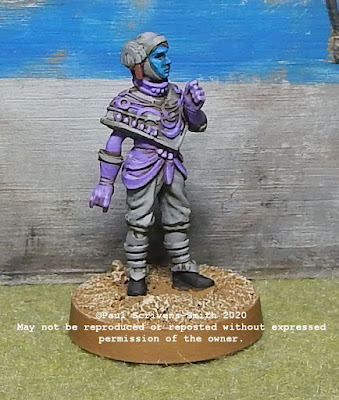 Riyo Chuchi features in the Clone Wars series, so is rather early for our games set during the time of the Galactic Empire but is a fine model and lovely addition to our setup. 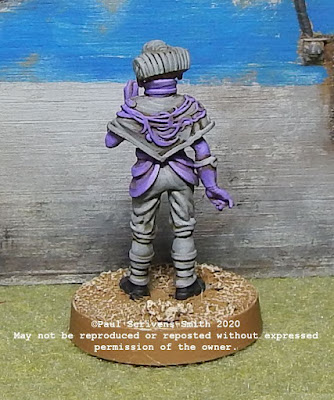 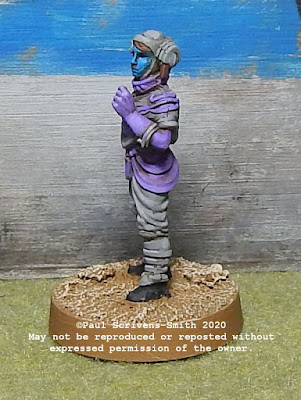 The second hostage steps back even further along the timeline and represents Rune Haako a Neimoidian delegate from the Trade Federation. 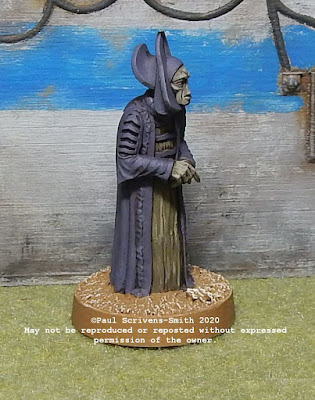 He's an ugly, drab fellow as befits his role and this sculpt really reflects the character from the films in the opening trilogy. 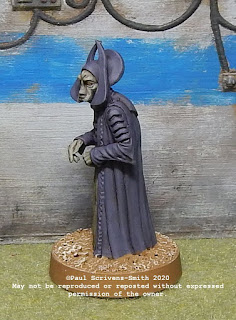 I wanted a dull purple colour for his robes and headgear so mixed VMC Violet with Black for the basecoat and highlighted up adding a touch more Violet to each layer. His drab green robes are off of VMC Brown Violet. 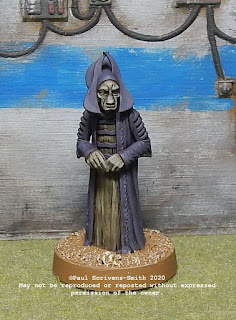 The flesh was done off a base of VMC Medium Fleshtone and VMC Neutral Grey, highlighted up with a dot of Ivory added to each successive layer. 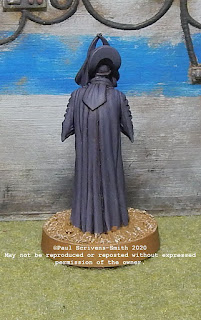 I've really enjoyed doing these and they made a nice little diversion from all the Napoleonics, however, it's now time for me to go back to another unit of Anglo-allied troops.