Last year I picked up second-hand ten figures from the Black Scorpion Tombstone range. These were a pretty simple job to base-coat, wash and highlight and I did all ten over the weekend while I was painting up my WWI terrain - more on that in another article.

The figures are a real mixed bag, some of them are delightful and others are f*#king horrible sculpts . The casting was very good on them, but, I think these must be older white metal models as it seems they are now cast in resin.

On to some close, ups. The figure on the left is one of the worst, he holds his shotgun all wrong and his coat does not flow properly, He can be my Ugly! The gun-slinger on the right is very nice though. 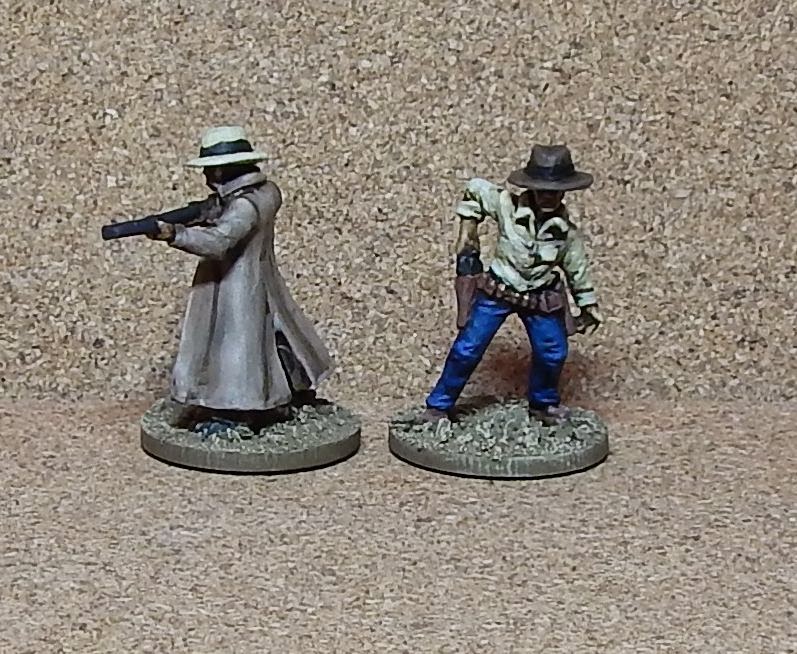 Another view of the same two. 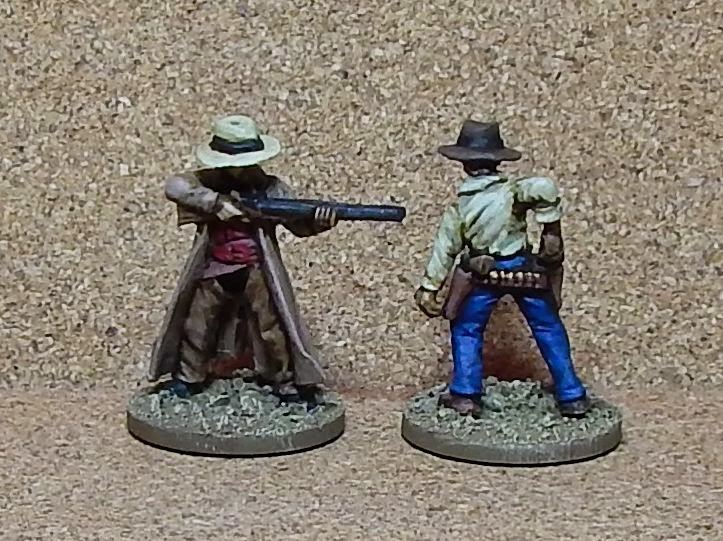 These are probably two of my favourites, especially the gent in the top hat. 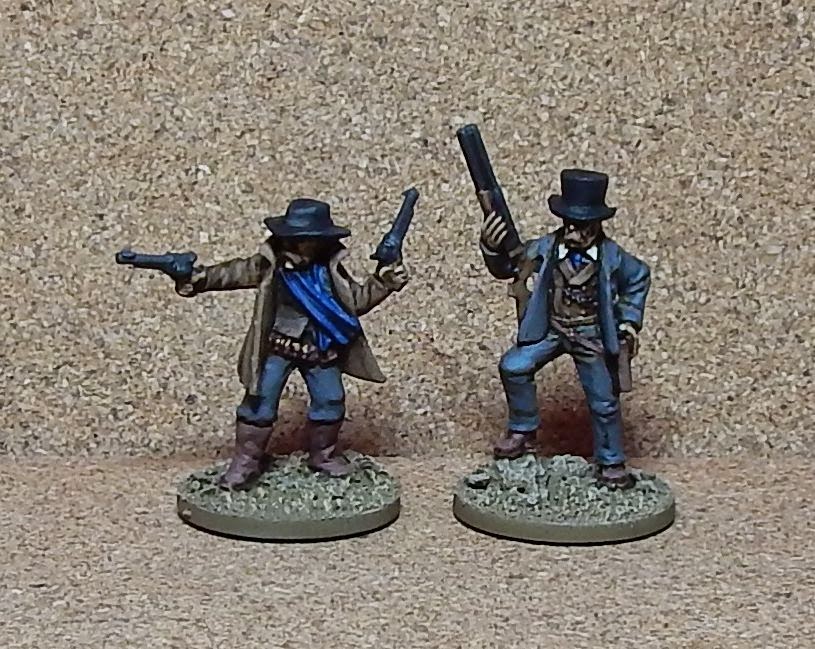 And again from the rear. 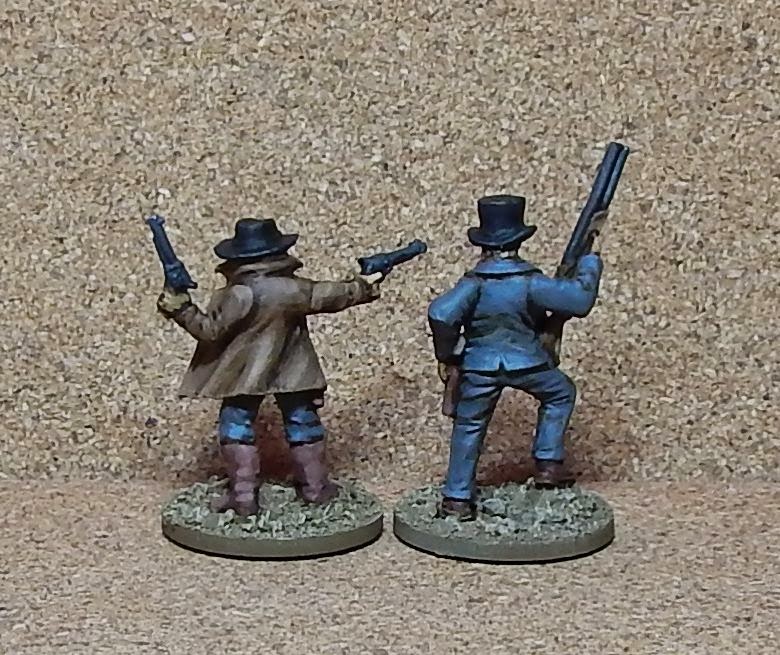 One Good and one Bad, the one on the right is pretty much a cartoon caricature. 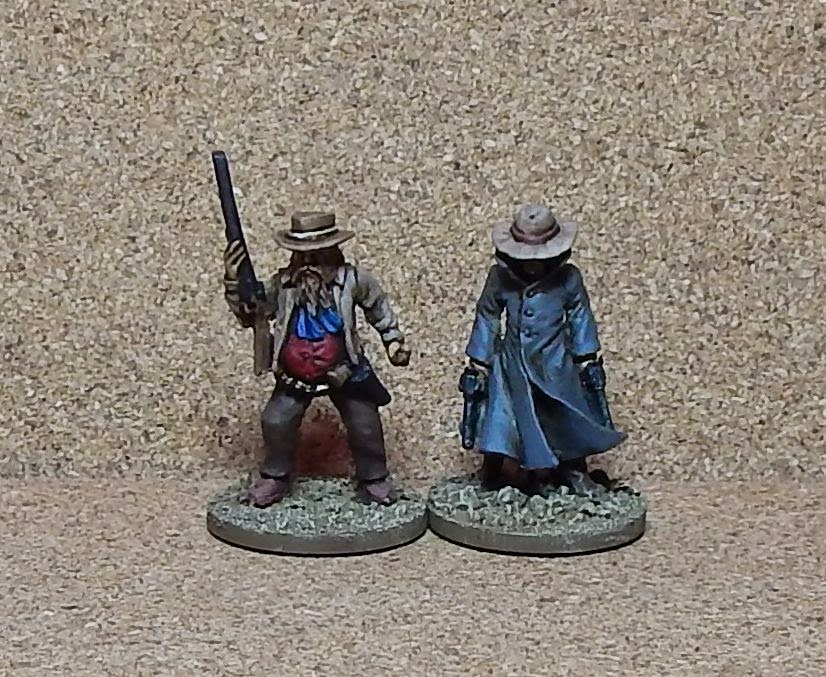 Again from the rear. 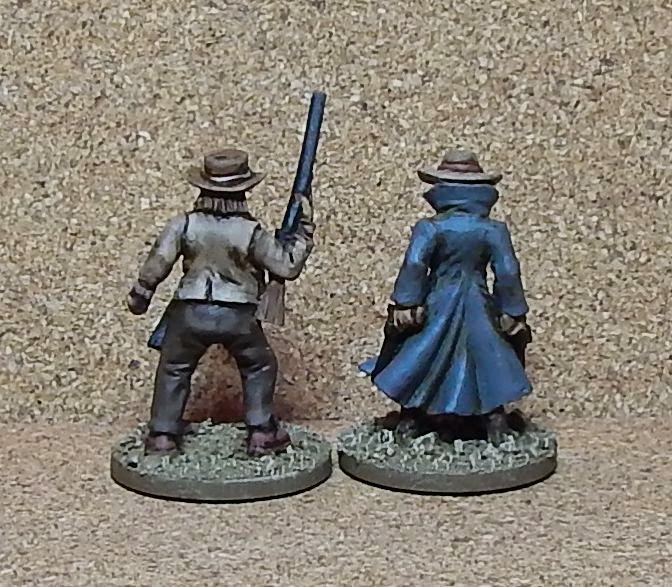 I really quite like the next two, the gun-slinger is nicely animated. 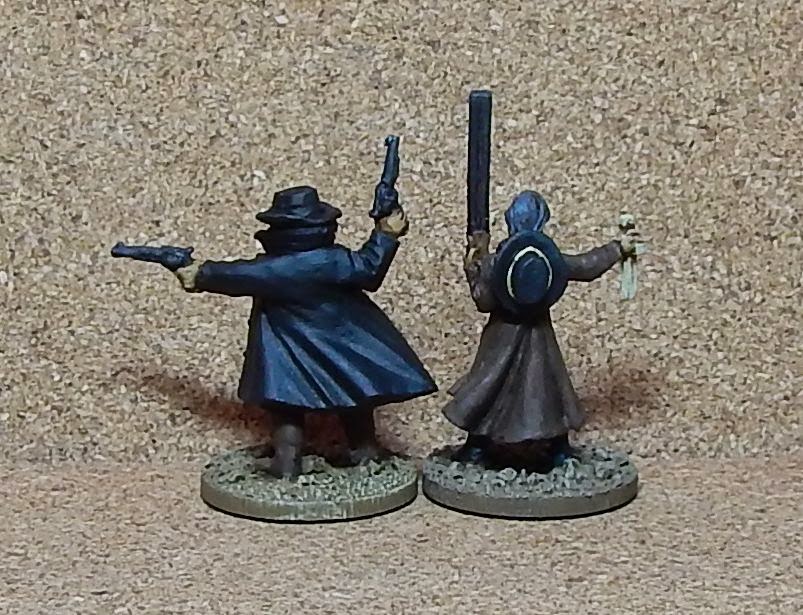 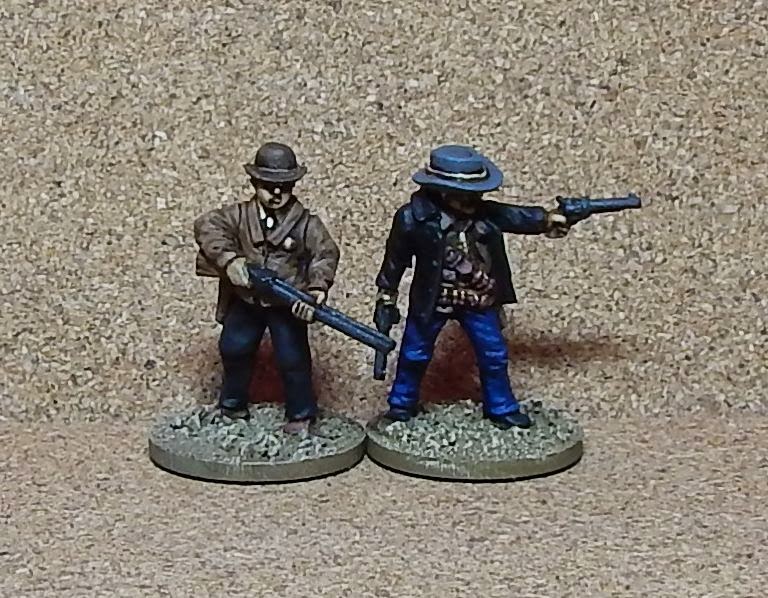 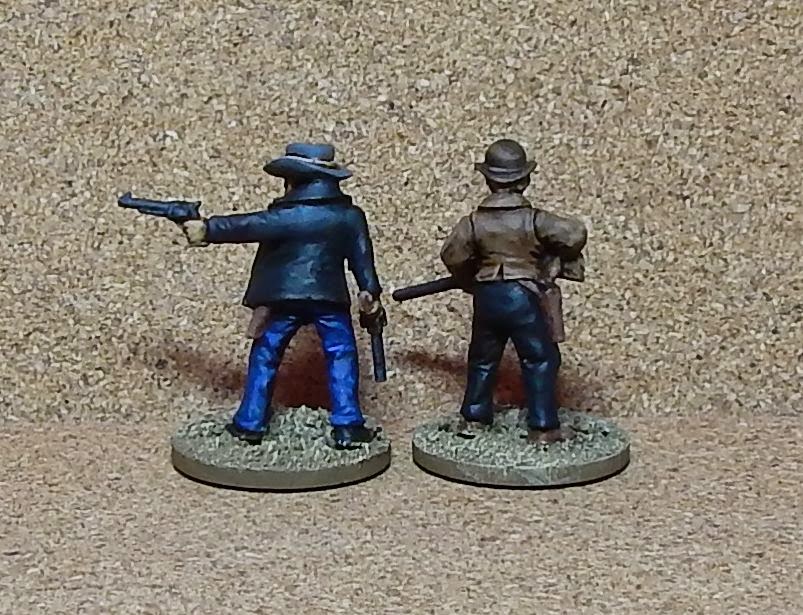 I'm happy I picked them up fairly cheap, I would not liked to have paid full price for some of them.

Posted by Paul Scrivens-Smith at 15:32