Jammers will choke when he sees this lot 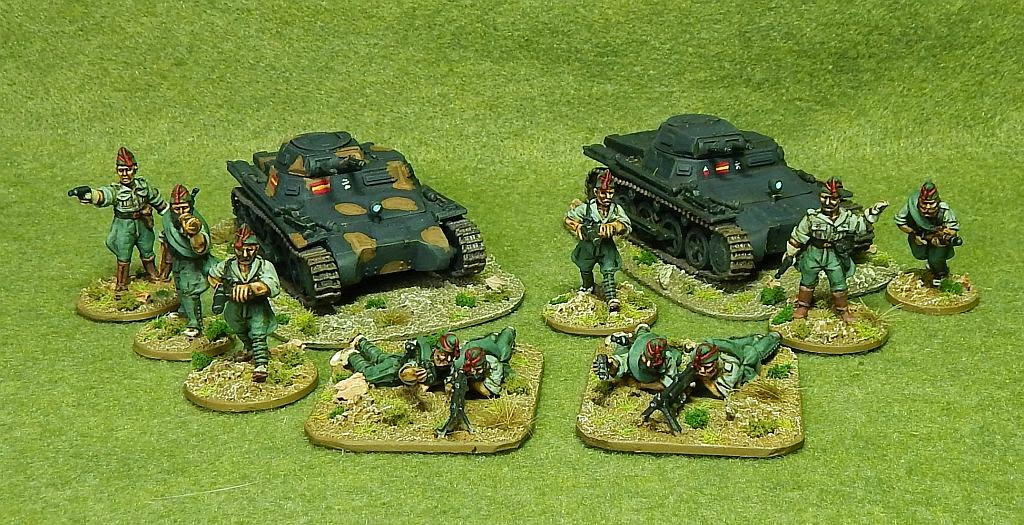 During our Spanish Civil War campaign James always used to cry shenanigans when I fielded a Panzer I against his poor old Republican Militia. When he sees what I got painted this week he will likely swallow his tongue :)

Not one Panzer I, but two of them.

One is pretty similar to my existing one, with splodges of Beige Brown camouflage added. 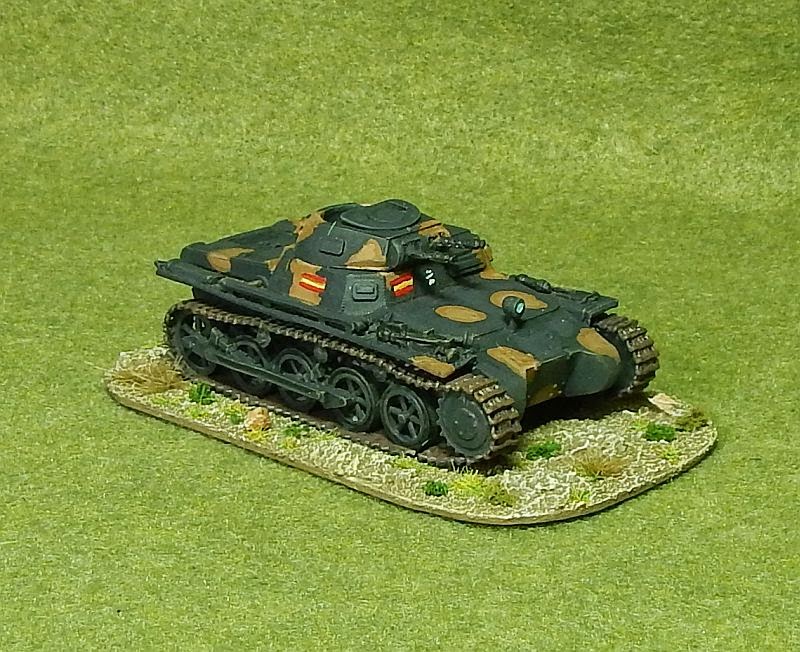 I still need to add a crewman to this, I have some of the lovely Muttonchop VBCW ones, but like a lot of stuff in my lead pile I'm not sure where I have put him. 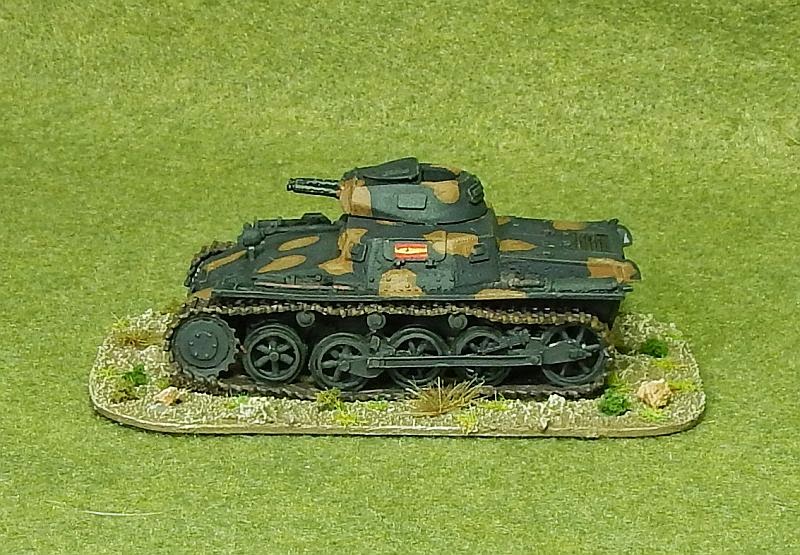 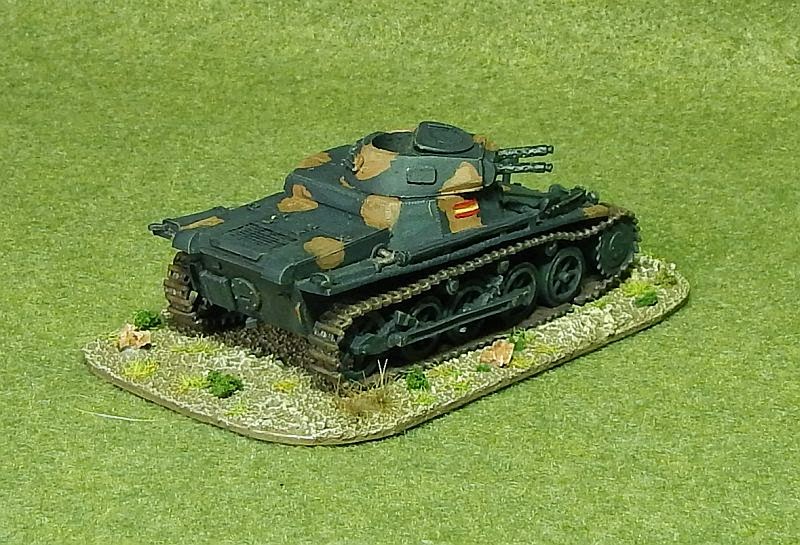 The other is a 'closed-down' variant, this time in plain Panzer Grey, a classic 'Negrillo' 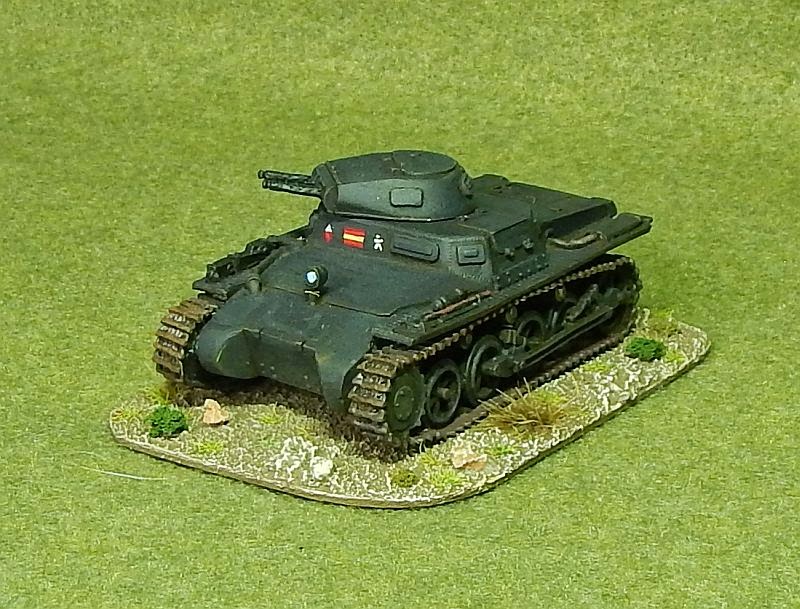 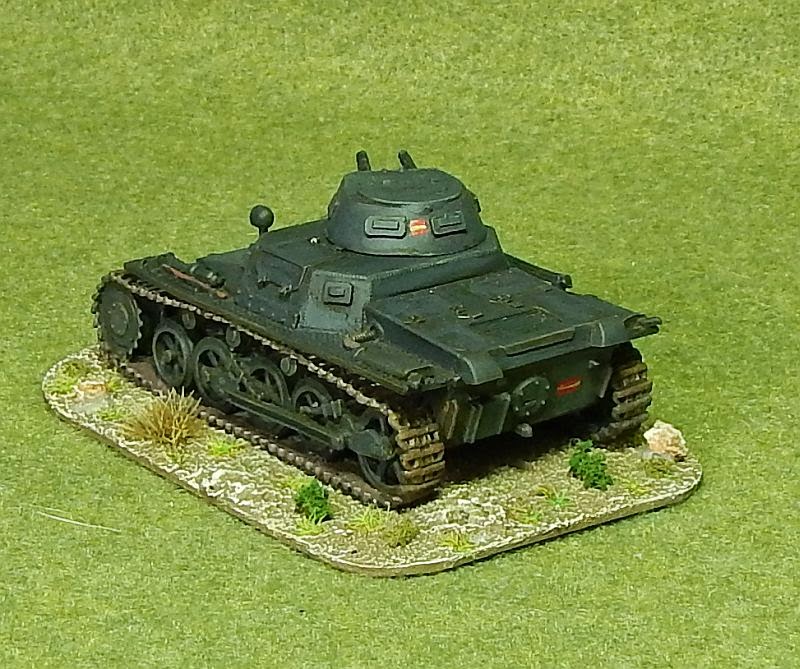 When James see this I think he may need medical attention :)

I have also painted another ten Foreign Legion to add to the ones I did last week. 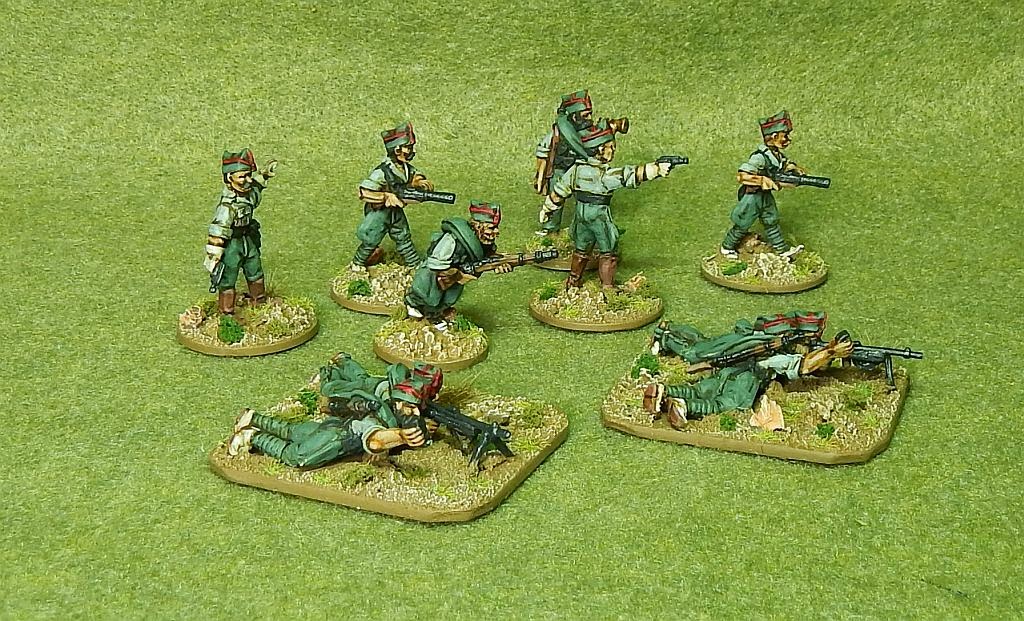 Like the Panzers, these are all from Empress Miniatures. 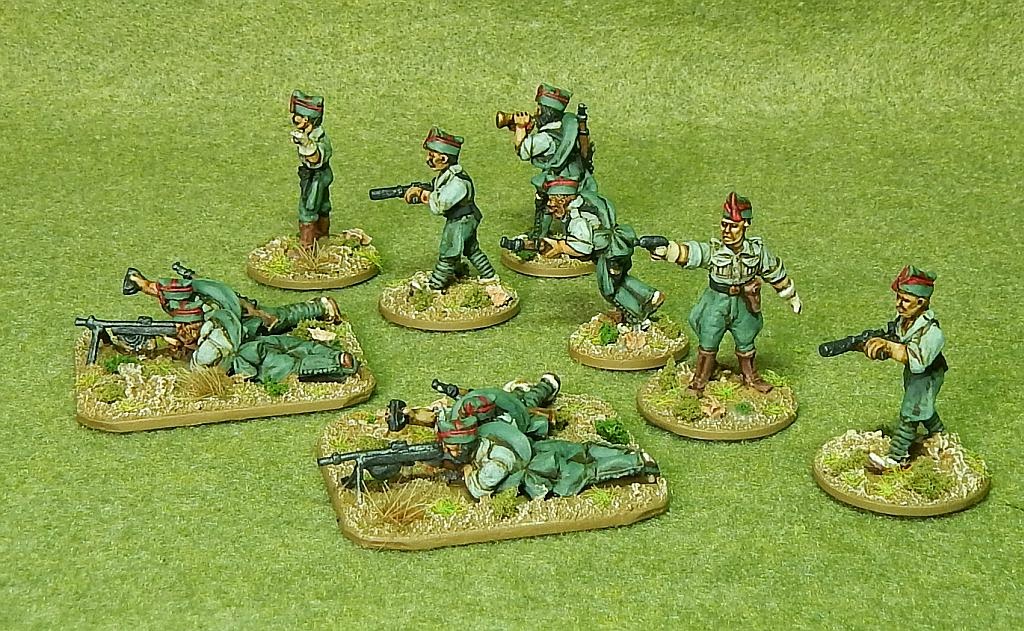 I've now run out of La Legion figures to paint, but with six officers, three LMG's and only ten riflemen I have a balance issue, some of the surplus officers and an LMG team are now available to buy.

If I sell them I'll spend the proceeds on more riflemen to make a more balanced force.

Here are quite a few close-ups of the individual teams and models. 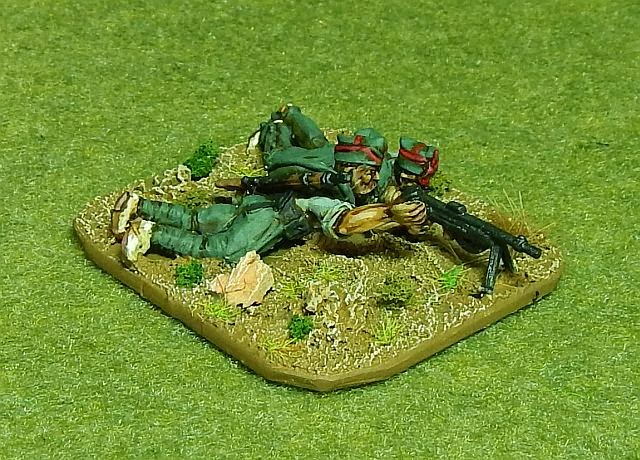 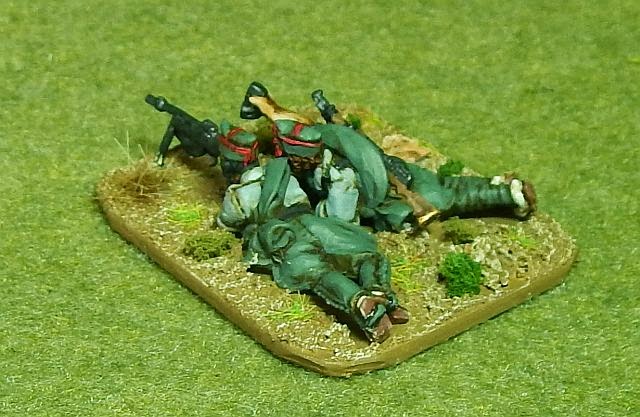 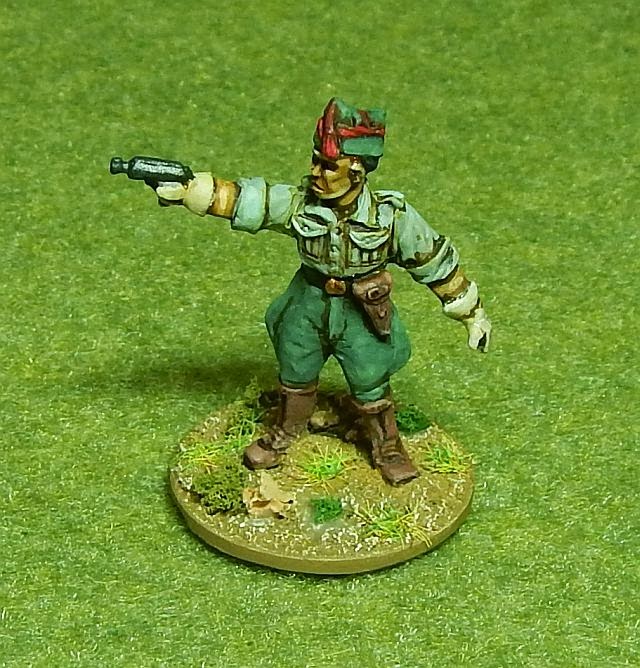 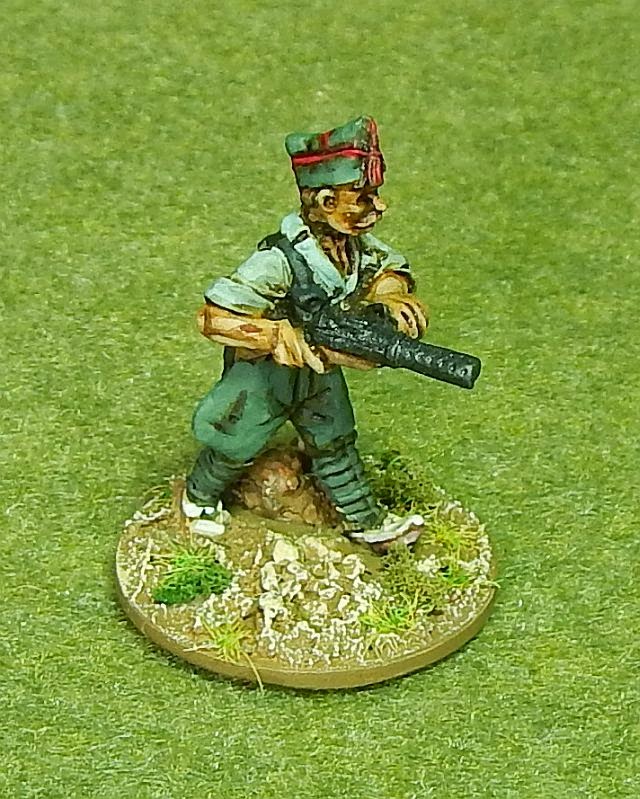 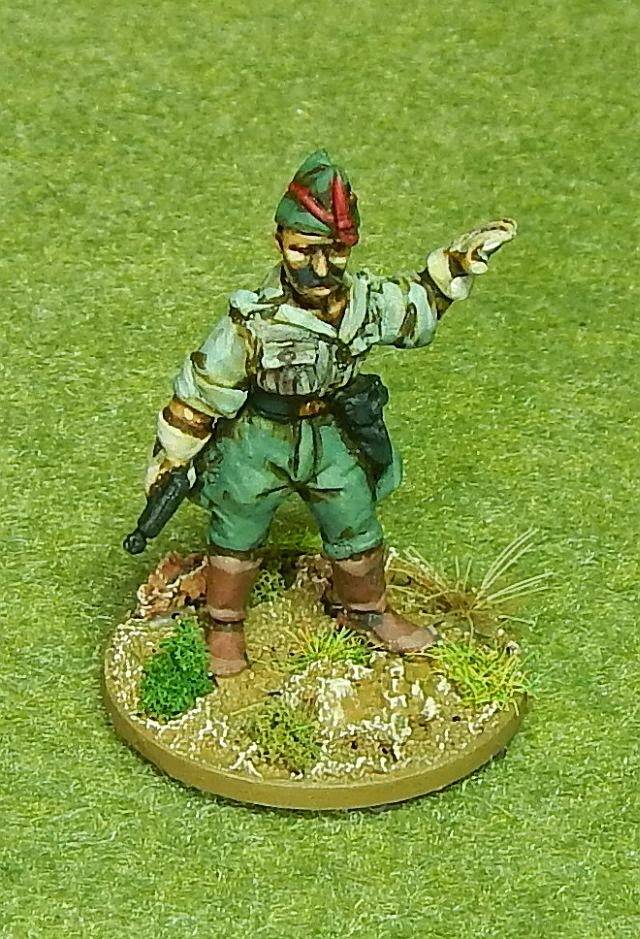 Posted by Paul Scrivens-Smith at 12:32