Getting back to painting: The last five Poilu 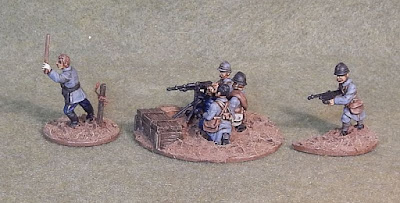 It's been several months since I last had a proper painting session however this weekend I was determined to break the malaise.

These five chaps are the last of my Gripping Beast Poilu and had been all but finished since before I went on holiday but were languishing just needing the bases finished.

Yesterday I just did the final touches and today they had a coat of matt varnish.

All were painted using my standard technique for the WWI French in Horizon Bleu.

Apologies for the quality of the images, the florescent bulb has gone in my daylight lamp so I had to use my old lamp with an incandescent bulb for the photos, it has rather washed out the colours.

Chasseur Leiutenant, resplendent in white gloves with cane and pistol. 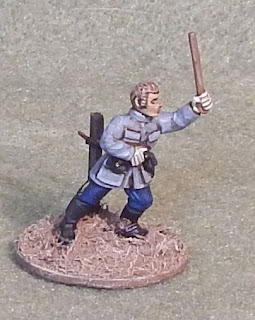 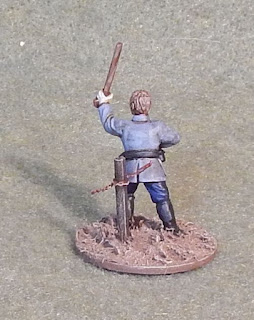 My second Hotchkiss machine-gun. I have painted the crew for this one in Chasseur trousers, my other Hotchkiss is in a sandbagged emplacement, I thought this one should be more minimal, so settled for a Great Escape Games crate and a single sand-bag to decorate the base. 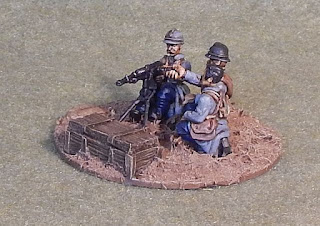 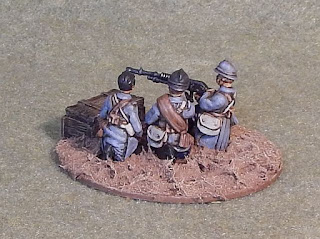 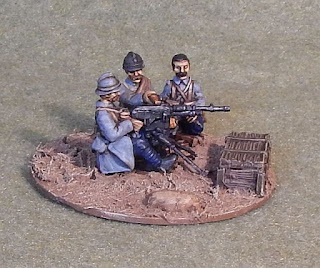 Finally a second Chauchat gunner, I need to order another pack of infantry from Gripping Beast to make a No.2 for him. 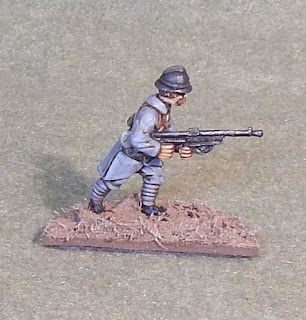 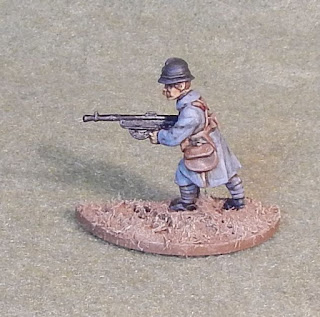 Posted by Paul Scrivens-Smith at 08:28