Valtierra 1110 AD with To The Strongest at the Hereward Show 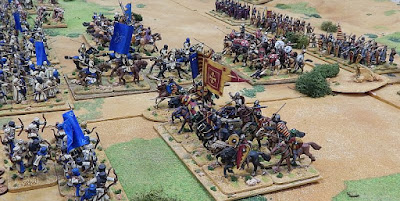 On Sunday James and I loaded some of our El Cid collection and a load of James terrain into the Mini and drove down to the Hereward show in Peterborough where we would be joining Simon for a participation game of To The Strongest! using our figures.

We played through twice. In the first game Alphono 'the Battler' of Aragorn ripped through the Zaragosan army with little loss of Spanish blood, probably the biggest TtS! whitewash we have ever had.

After lunch we lined the armies up and had at them again. This time it was a much closer affair and by the time the battle had petered out it was still in the balance.

Here are a collection of random images from both games. 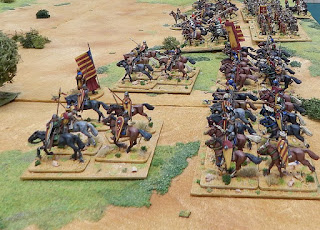 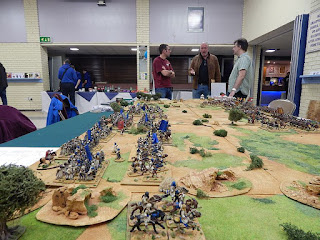 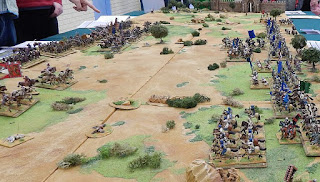 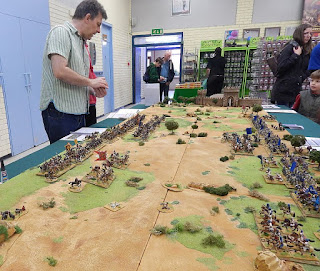 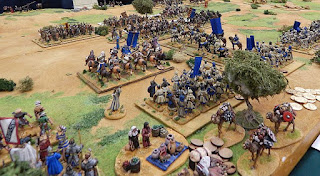 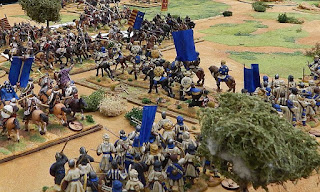 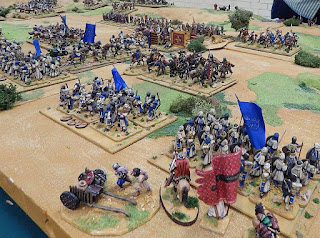 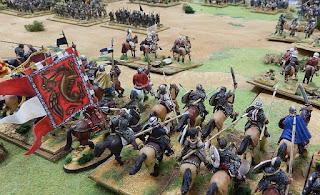 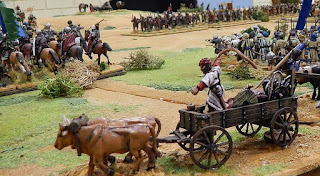 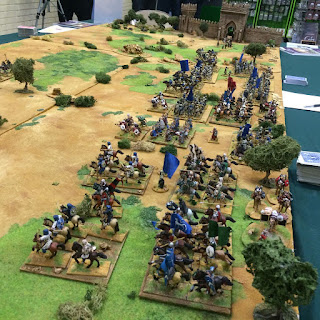 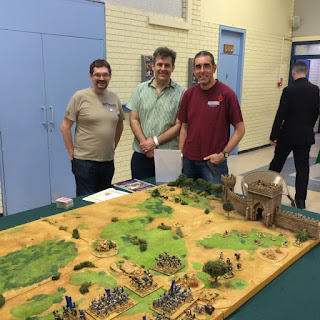 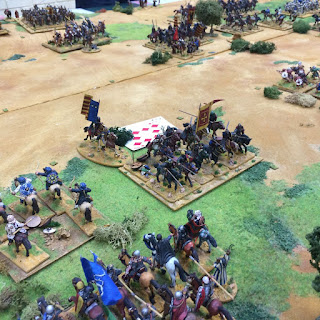 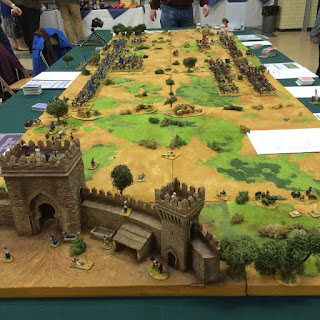 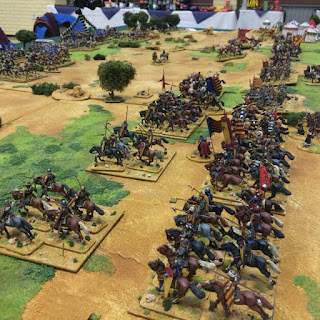 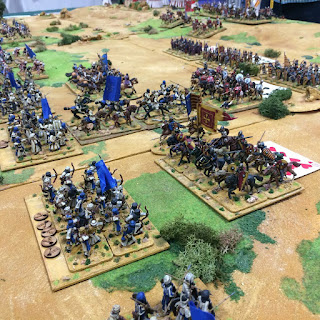 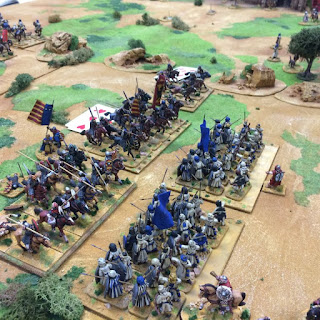 Simon also has reported here.
Posted by Paul Scrivens-Smith at 06:56

Email ThisBlogThis!Share to TwitterShare to FacebookShare to Pinterest
Labels: Battle Reports, El Cid, Events, On Tour, To The Strongest