Following on from last weeks post I've made further progress on the War of Spanish Succession Dutch contingent that is my initial foray into this new project.

First up is a battalion of foot from the Freisheim Regiment, the blue cuffs, waistcoat and trousers are a nice change from all the red of the previous week. 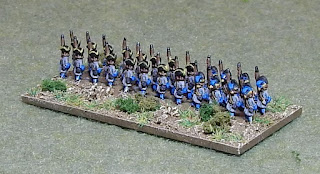 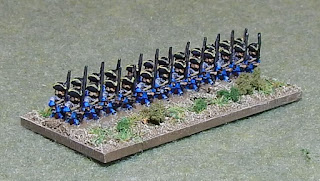 Last week after painting the Nassau-Saarbrucken horse I realised that I'd either done a squadron too few or too many - we plan to play with units of squadron pairs so I added another squadron to make a nice round four. 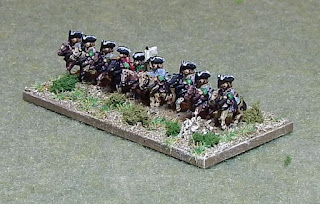 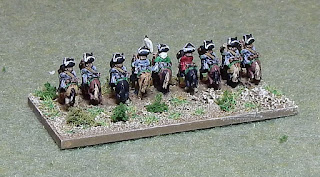 Another two squadrons of cavalry join the contingent, this time from the Hoomberg regiment. 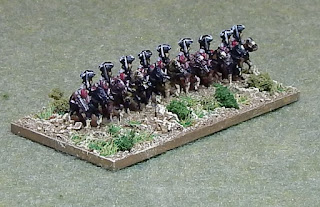 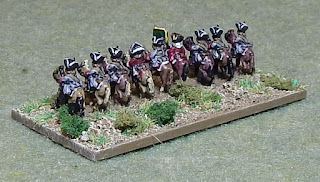 Finally a Brigade commander and some artillery support in the shape of two field guns.

I'm really enjoying painting these figures and another infantry regiment is on the painting table and I hope to get it finished later today. I'll soon be out of troops from my initial order, but fear not, more troops are currently on their way from Baccus 6mm.

Posted by Paul Scrivens-Smith at 12:10