I now have enough American Civil War stuff painted to play about 90pts per side for Sharp Practice, so I can make a start on extending the forces to include more options. 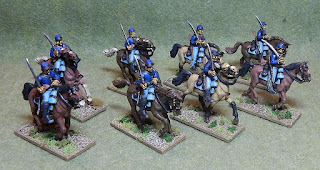 I've purchased a couple of boxes of the Perry Miniatures American Civil War Cavalry with a view to adding some cavalrymen to the mix. I've cleaned up and primed enough for a group each of Confederate and Union along with a Leader for each. So far I've managed to finish the first group of eight Union horsemen. 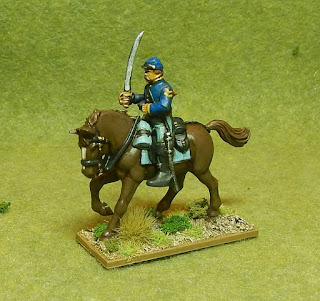 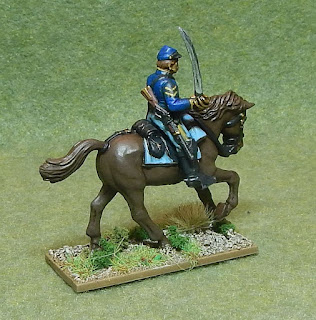 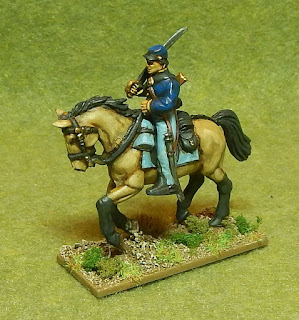 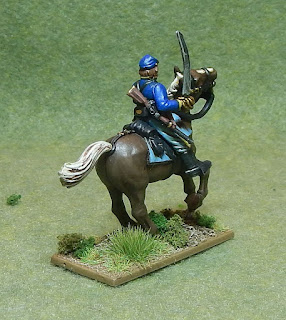 We play our first game with the collection on Thursday evening, hopefully they shall see some use.

Posted by Paul Scrivens-Smith at 11:37