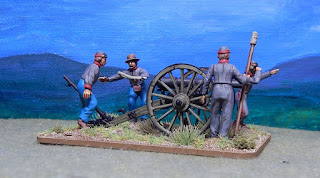 I'm already feeling a little more productive this week and over a couple of sessions have cranked out a 10 pounder Parrott rifled gun for my ACW Confederates. 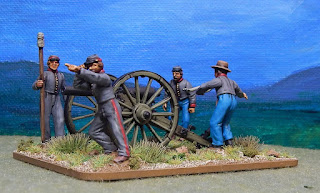 All the figures and the gun are from the American Civil War Artillery set from Perry Miniatures. A real bargain, especially if you buy some extra frames of guns. 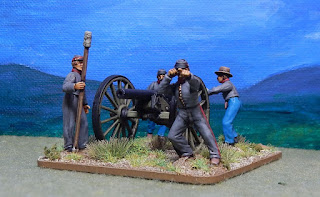 I wanted these as quite regular so three of the four are in smart kepis and all are wearing pretty much regulation uniforms rather than the more irregular look I go for with the majority of the infantry. 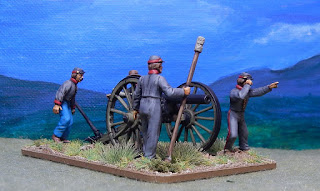 #4 has just pulled the lanyard and #2 is observing the fall of the shot. I did think about modelling it with the wheels just off the ground in recoil, but reckoned that it would likely be a bit fragile for gaming. 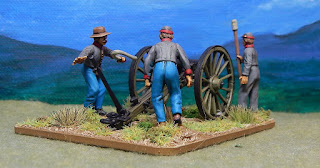 I have another Confederate gun and crew almost done and hope to have that posted soon. This takes me just over my 1000 point target over at the Analogue Hobbies Painting Challenge.

Posted by Paul Scrivens-Smith at 18:26