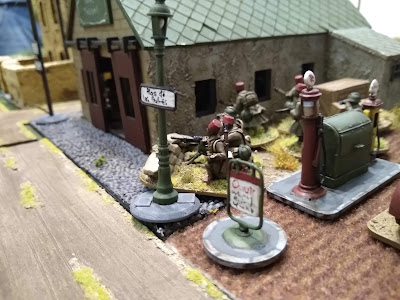 It's been a long time coming, but the Tirailleurs Sénégal that I painted back in 2019 finally hit the table on Thursday evening when James came around to ours for some dinner and a game of Chain of Command.

I had already set up the table that morning, we just threw a few extra trees on. 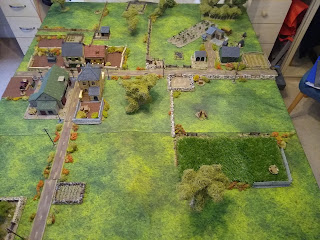 While Victoria put the finishing touches to the chili James and I randomised that we would be playing the Hasty Defence scenario. James would be attacking using a platoon from an Army Group A Second Wave division while I would defend with my Tirailleurs Sénégalais.

For my supports I chose a Hotchkiss MMG, an adjutant and some Francs Tireurs. James had much more to spend (14 points to my six) and chose a MG34 MMG, an adjutant, a fifth columnist Shabby Nazi Trick, a pre-game barrage, a section of entrenchments and a Panzer III. 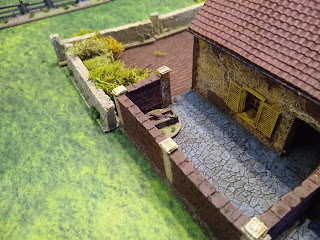 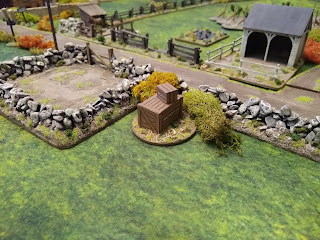 With dinner over we settled into the game.
I got quite far forwards in my Patrol Phase and the Germans ended up with a cluster of three Jump-off points quite close together while I had a couple in the village, one each on the left and right side and another behind a wall on my left flank. 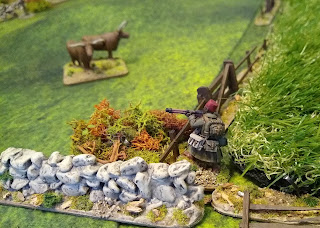 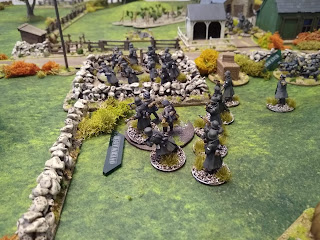 The Germans took the first move and although my Francs Tireur caused some initial disruption they were soon leapfrogging forwards with one unit on overwatch while another advanced and the preliminary bombardment kept my heads down. 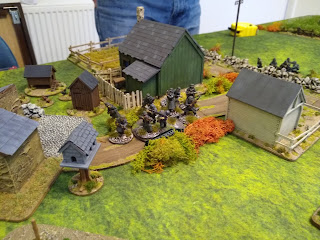 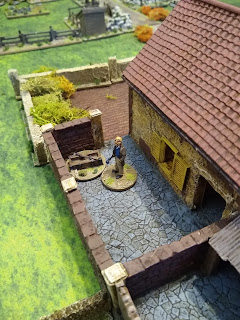 It was then revealed that the helpful garage mechanic was actually a dastardly fifth columnist constantly misdirecting my chaps trying to form a defensive line.
My plans were also rather thwarted by the number of times that Bosche maintained the initiative! 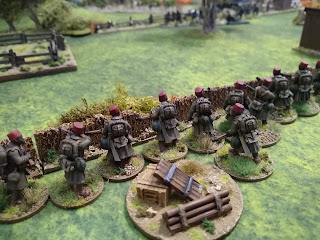 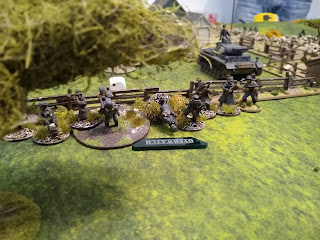 However, I was able to eventually get some troops into action and they cut up badly a section of Germans caught in the open, leaving only a handful of survivors who dashed to cover behind a high wall - loads of fives and sixes thrown, but bugger all in the way of shock! 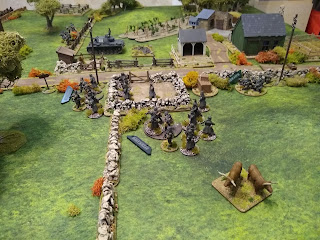 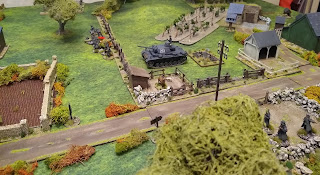 Oh merde!, Fritz revealed his hand and a lone Panzer III was pushed up in support, my lightly armed Senegalese would not be able to offer much resistance against this beast. 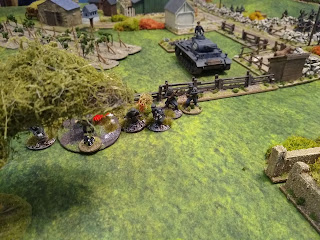 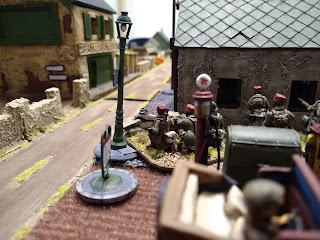 Those badly cut up Germans were able to link up with the fifth columnist and eliminate the jump-off point before being finished off by my Hotchkiss as they tried to make cover. 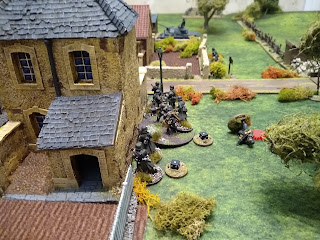 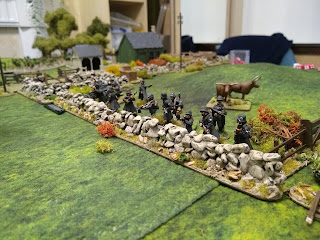 In the end although I had wiped out completely one section of Germans and wounded the CO, the combination of a lower starting force moral (9 vs 11) and the loss of the jump off point, a section of Tirailleurs and the V-B section saw my force morale collapse to zero.

I really enjoyed playing Chain of Command again and using the Tirailleurs Sénégalais for the first time.