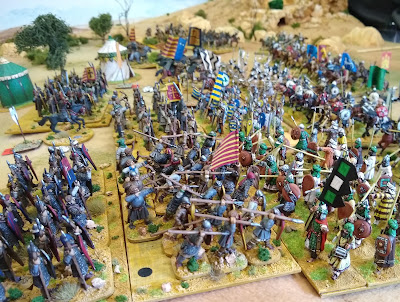 James is busily working away at his Midgard rules that hopefully will be commercially available very soon and we took the opportunity of breaking out the El Cid collections to play out the Battle of Graus using the Take the High Ground scenario from the rules.

I would use my Christian Spanish and some of my Andalusians to represent the army of Aragon under King Ramiro, while James and Tom used James collection to represent the forces of Castille under Prince Sancho.

I would be the defender, so three units of Caballeros under Sancho Ramirez would be in reserve. Having played the Take the High Ground scenario once before I decided that the best place to start would be on the back slope with my mixed bow and spear units backed up with spearmen, in retrospective this was a mistake that almost cost me dear. The spear armed troops should have been in the front with the mixed units providing overhead fire in support.
James has written a much more thorough report of the battle on his blog. I'll just add few of the pictures I took. 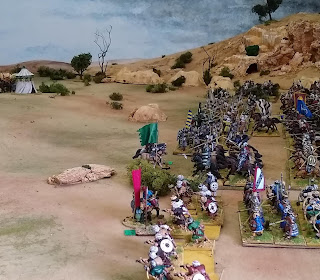 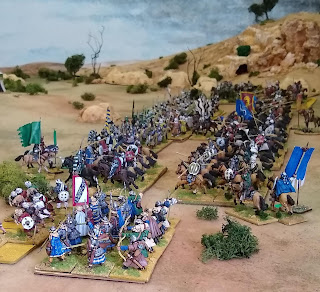 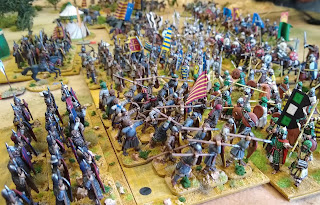 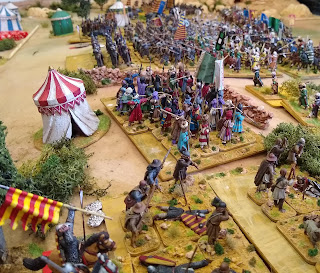 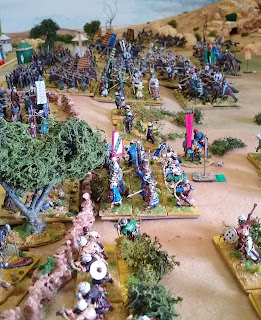 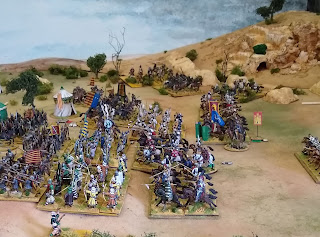 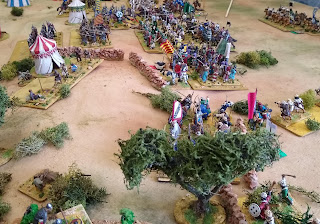 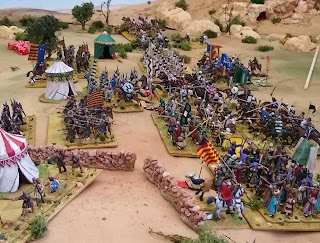 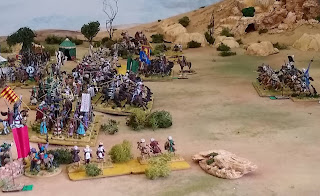 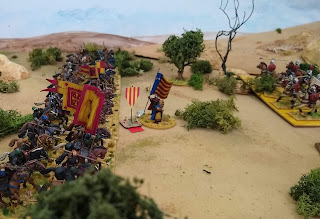 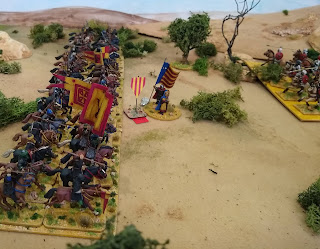 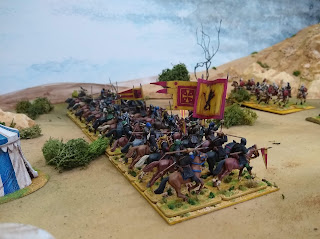 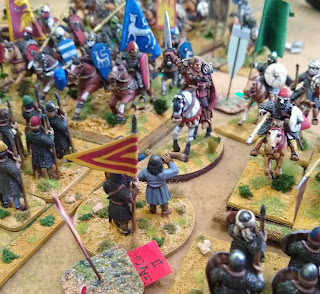 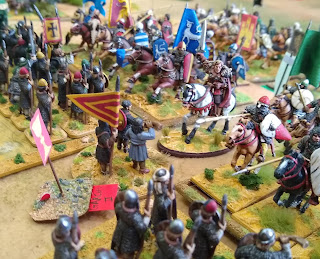 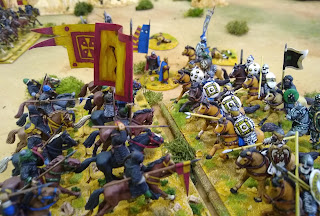 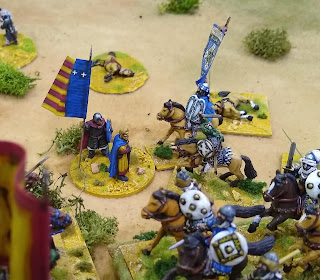 Having almost succumbed to defeat at the end of turn three, my reinforcements arrived on turn four and by the end of the sixth turn with both armies battered and bruised I was on top, although had very few troops left to exploit any gains.

It was a splendid action and the rules do give a great feel for the period with lots of heroic combat taking place. In one rather spectacular clash a unit each of Castilian and Aragonese Caballeros charged across the field at each other and were spectacularly wiped out in a single monumental combat. Plenty of single combats among the chaos added much to the flavour including a young Rodrigo Díaz de Vivar prove his mettle dispatching a Aragonese nobeman.