The Battle of Bairen,1097 at Partizan 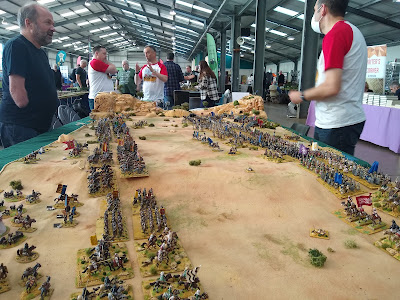 It seems that everybody else who went to Partizan has already updated their blogs, but pressure of work and a trip to London last weekend have left me rather tardy.
James, Martin, Tom and myself put on a rather huge game of Midgard to refight the Battle of Bairen  1097 using the extensive El Cid collections that we have been working on these past twenty years or so. 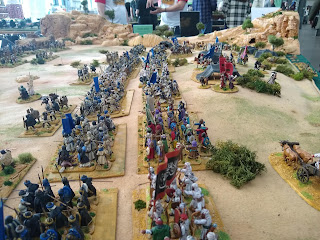 I'll not write a full report, it's been far too long for me to recall all the details, but what follows is a selection of photographs from the action. 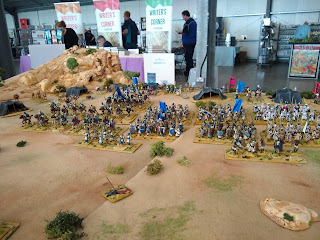 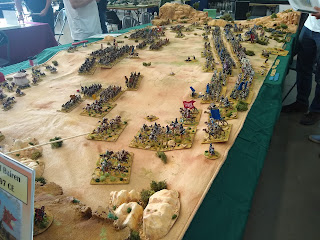 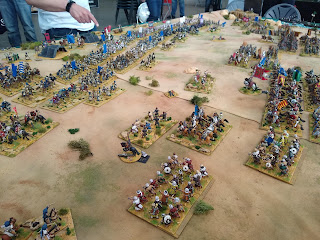 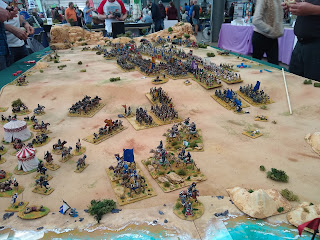 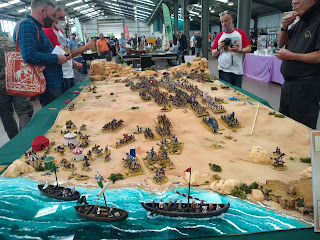 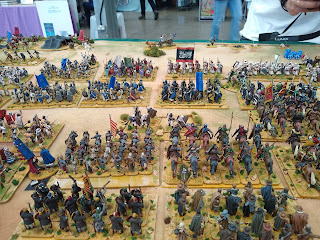 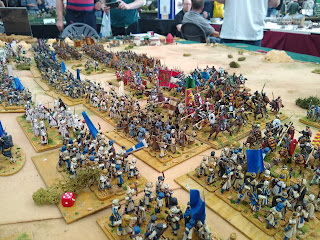 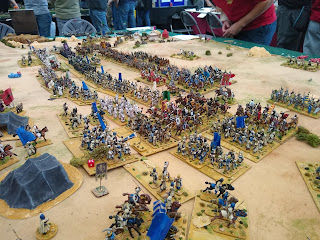 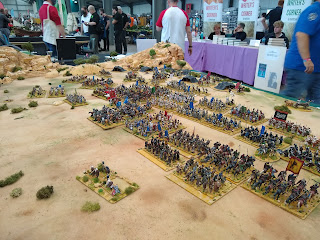 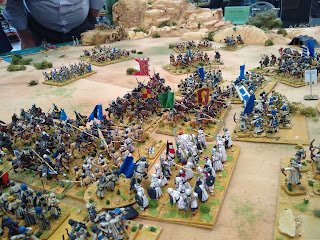 With King Pedro dead  and the Moorish camels raiding their camp the forces of El Cid and Aragon collapsed, El Cid cut his way out through the Moorish camp and would live to fight another day. 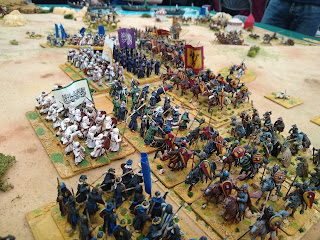 The game played really well, it's by far the biggest game of Midgard we have ever played by, I reckon, a factor or about three, but the rules scaled up really well.
We were well chuffed to win the McFarlane Shield for the best demo game. Not bad considering some of these figures were painted 20 years ago. 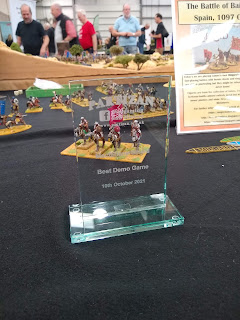 Hope you enjoyed, I'd suggest that if you are thirsty for more check out James', Tom's and Martin's blog posts: