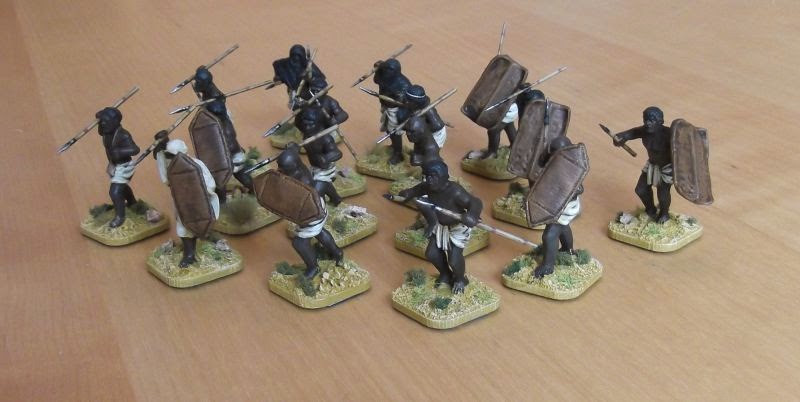 I've been concentrating on some new projects of late like the Battle of Keren and Spanish Civil War stuff, but the lead mountain also contains plenty of figures from older projects that need painting.

I made a start on the first eight of 16 Gripping Beast Tribal Skirmishers last weekend and put the finishing touches to the last eight yesterday. I finished off the bases and gave them a blast of varnish today.

They were a real speed painting job and only took about three hours for the lot. The flesh colour is Vallejo Chocolate Brown and the clothing is either Pale Sand or Black, the spears are Green Ochre and the shields Beige Brown. After a coat of Sepia Wash they were highlighted. 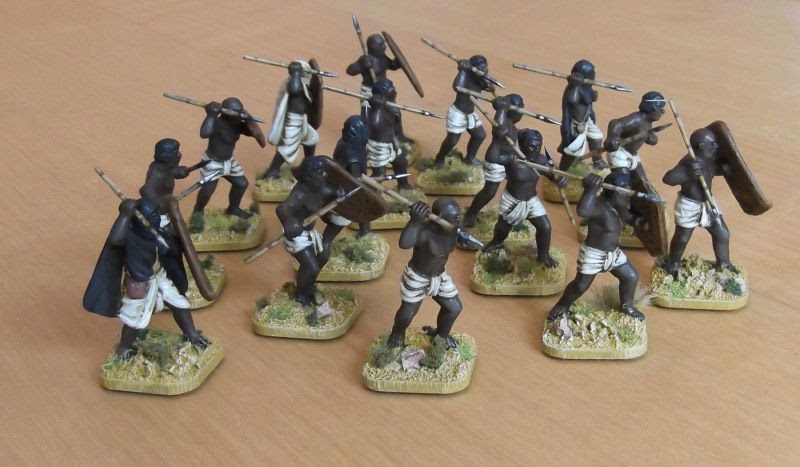 Here are a few close ups that really show off the sloppyness of the speed job I did on the, 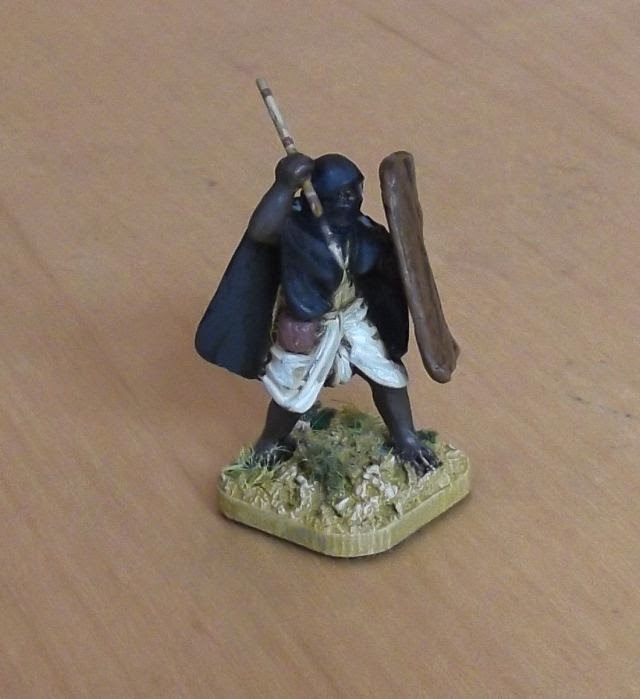 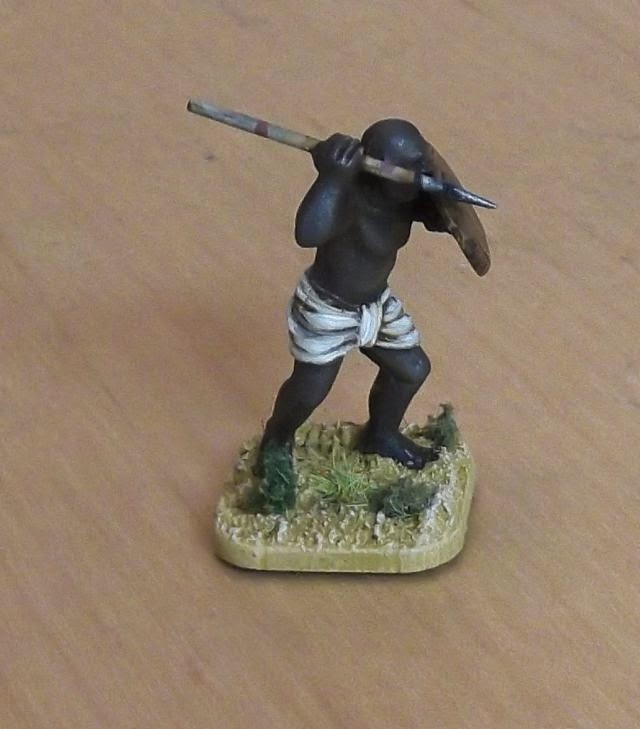 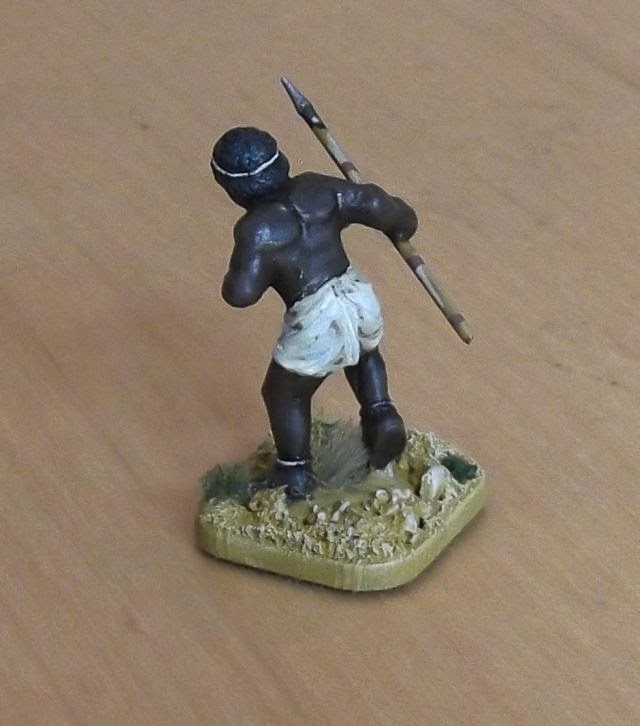