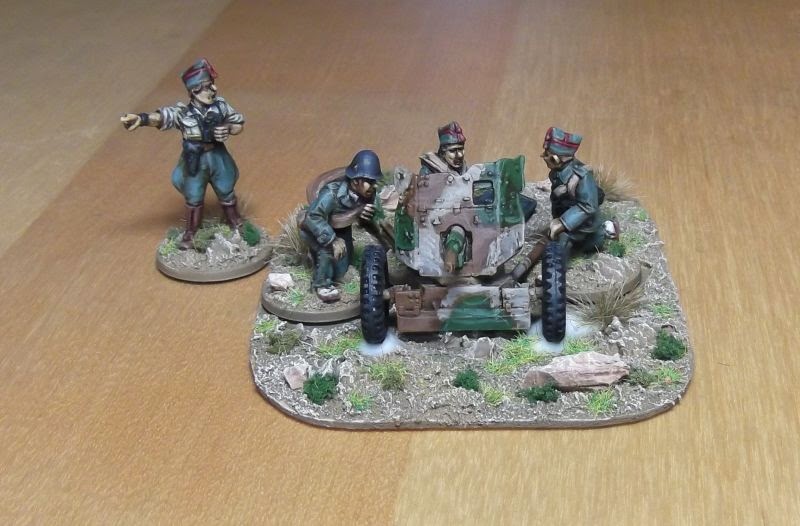 Bloody hell, this football is getting in the way of painting progress, I've watched most of the games now but the brushes have hardly been picked up.

That BA-6 armoured car I painted a few months ago has finally had a commander painted. This chap is from the Mutton Chop Very British Civil War range, available from Empress Miniatures. He has quite a natty sweater on to I went for an Aran Wool look. 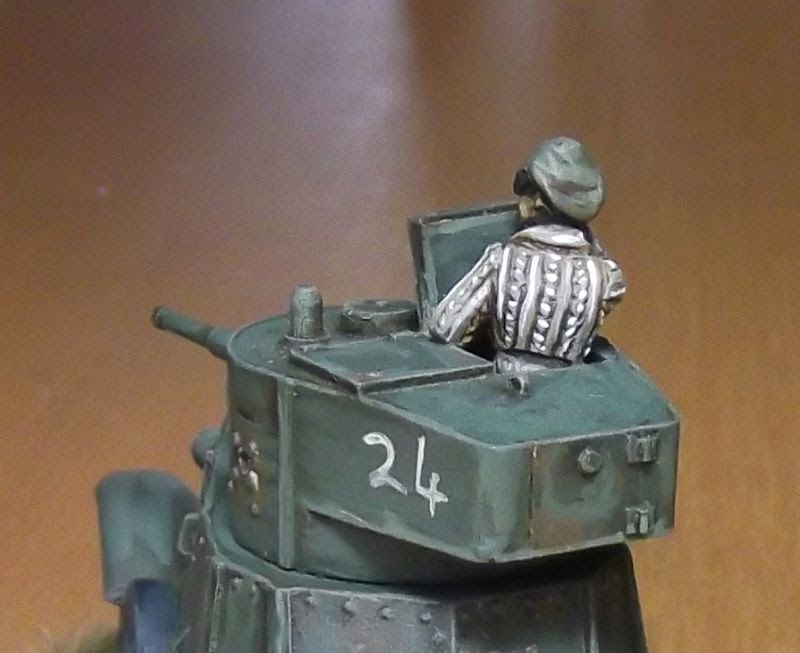 We cannot have all that Republican armour running amok, so I have also painted a Nationalist PAK36 that I picked up at Partizan when I purchased the Tiznao. I have made my first attempt at a Buntfarbenanstrich like camouflage pattern.

Unfortunately, when I took the photos the PVA I had used to stick the guns down had not quite dried. 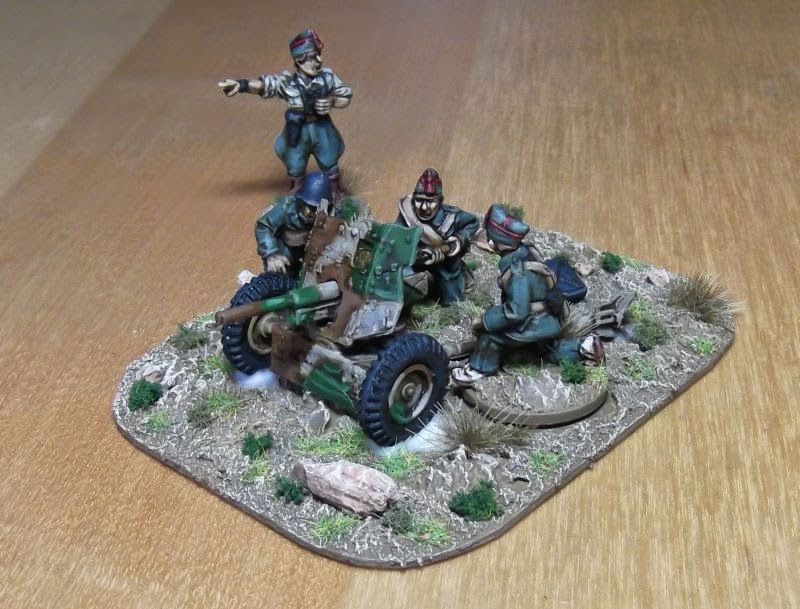 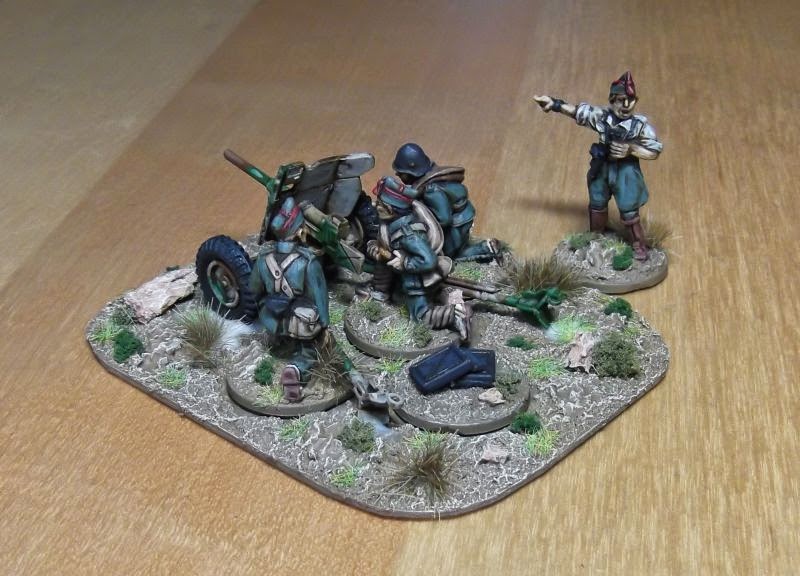 Here are some more close-ups of that tank commander and the anti-tank gun. 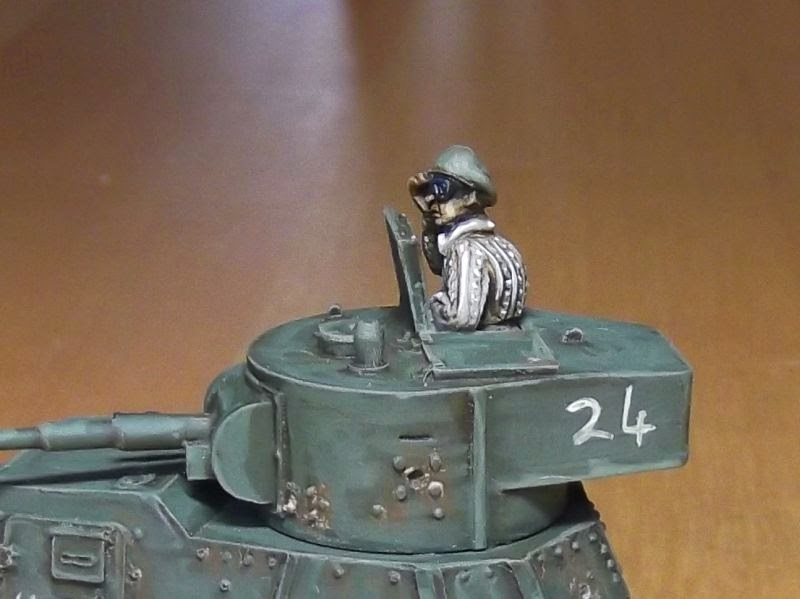 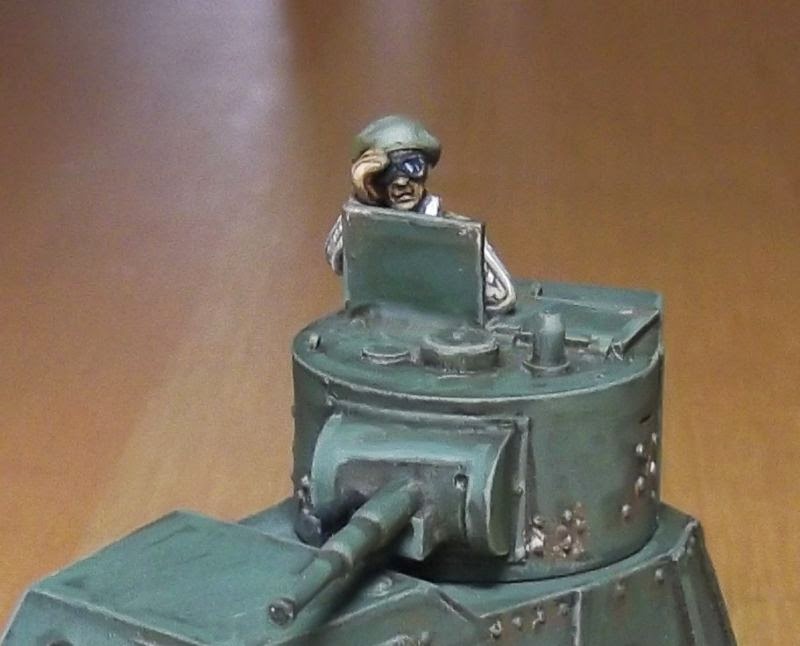 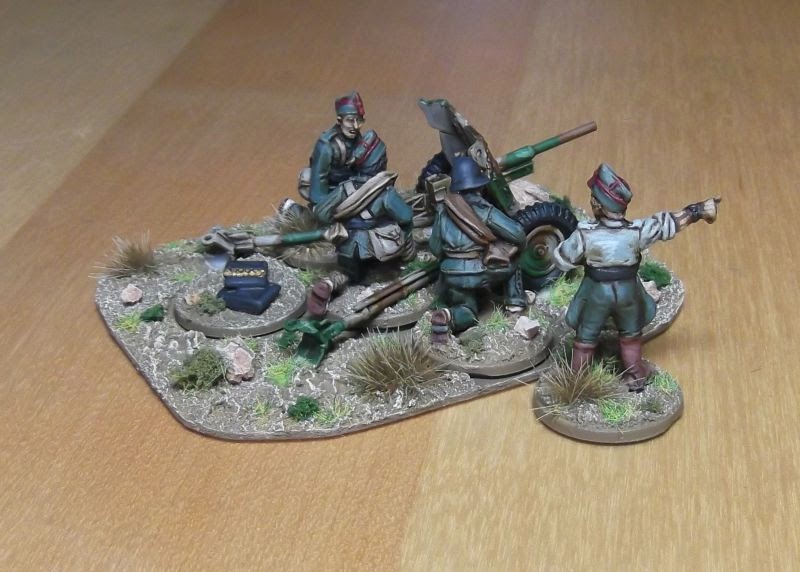 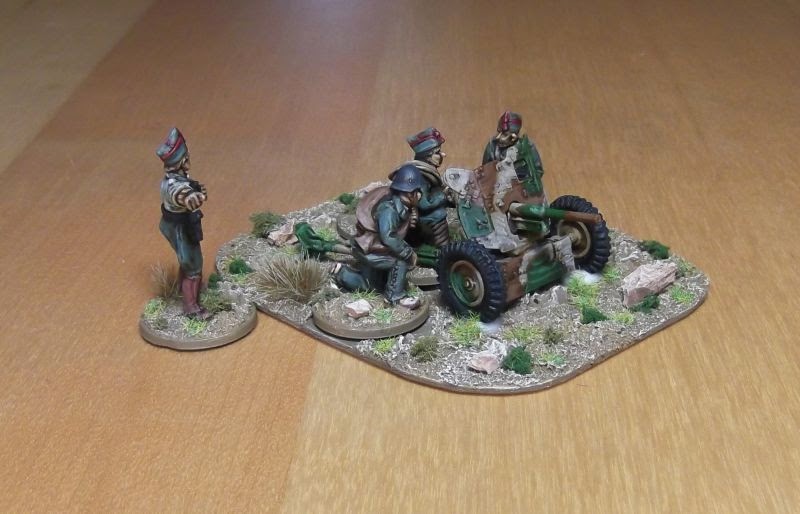 Posted by Paul Scrivens-Smith at 11:12