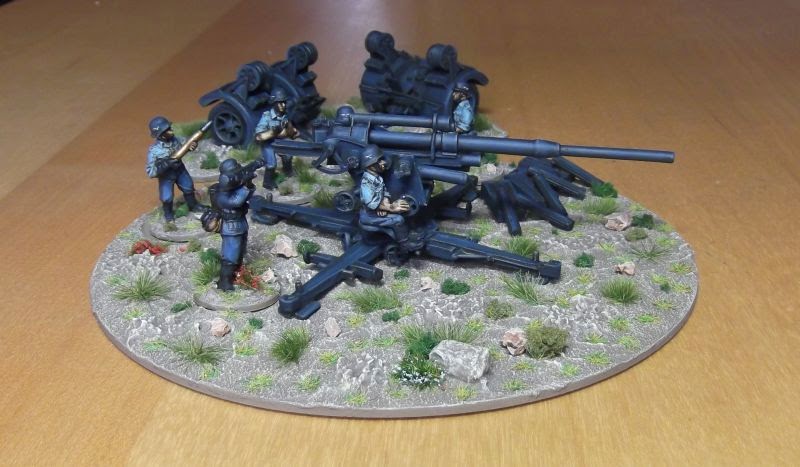 Chum Tony asked if I would paint him the Empress Miniatures 88mm FlaK.

It is a lovely model that comes complete with six crew, the limber and a whole load of accessories like shell cases and rounds. After a bit of head scratching I managed  to put it together as a FlaK18 without gun-shield with the aid of a guide from Paul at Empress and then give it all a coat of Halfords grey primer.

I then started on the painting. The gun itself is quite a simple job being a single colour. The whole thing was painted Vallejo German Grey and then washed with Vallejo Sepia Wash. Once dry the German Grey was repainted and then some highlights done by adding a small amount of Vallejo Pasted Blue each time. Once dry it was given a light dust with a Tamiya Model Master weathering kit.

I then assembled the cruciform on a custom made 150mm MDF circle from Warbases while the limbers were assembled on another  Warbases base. I then textured using Pumice Gel, leaving holes for the crew to fit on. Finally I added the ammunition boxes etc. before adding tufts, clumps and static grass to the base. 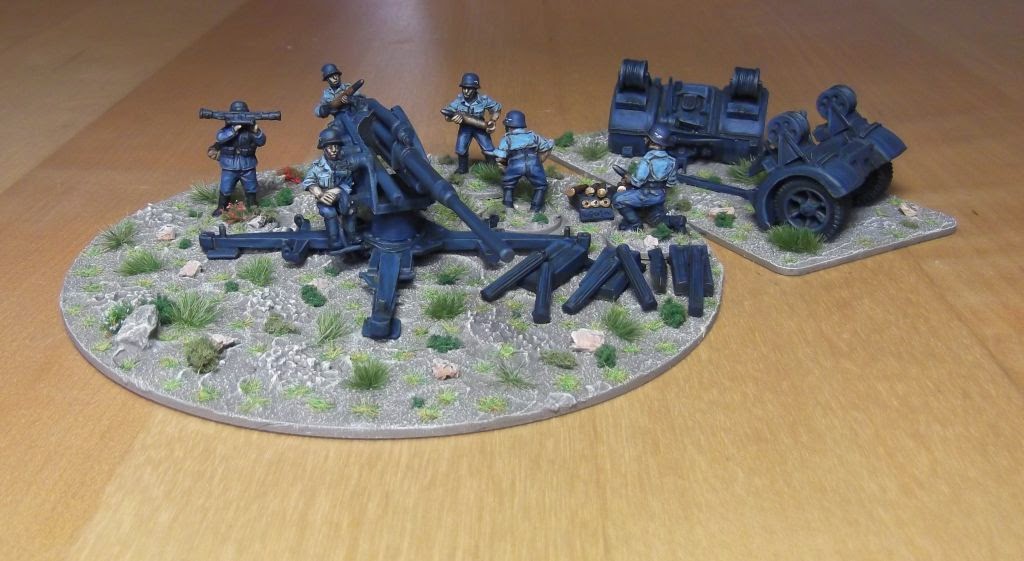 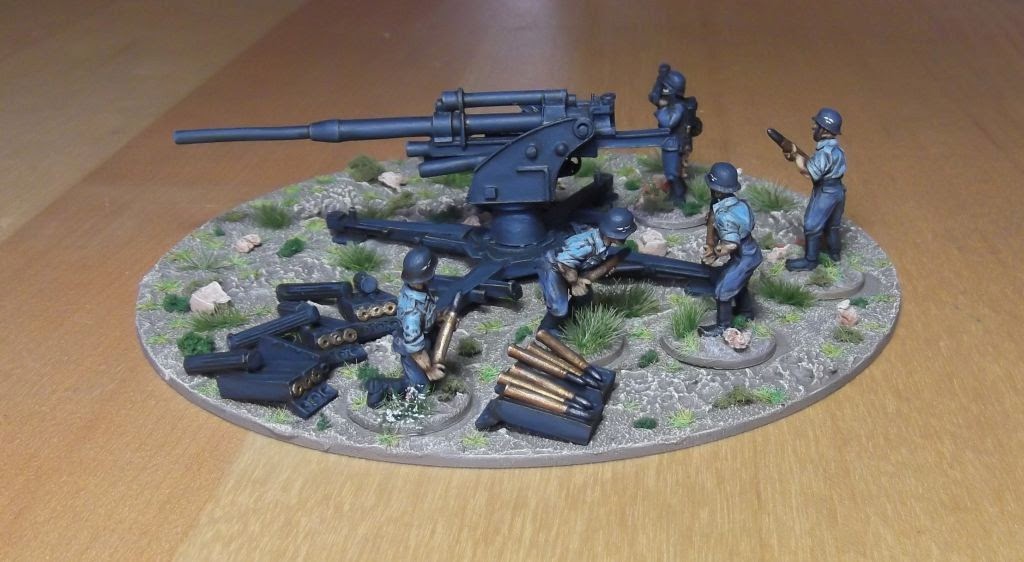 Tony also sent me three anti-tank gun crew to paint. The uniforms were done in Vallejo German Fieldgrey which was highlighted up by adding Vallejo Pale Sand. 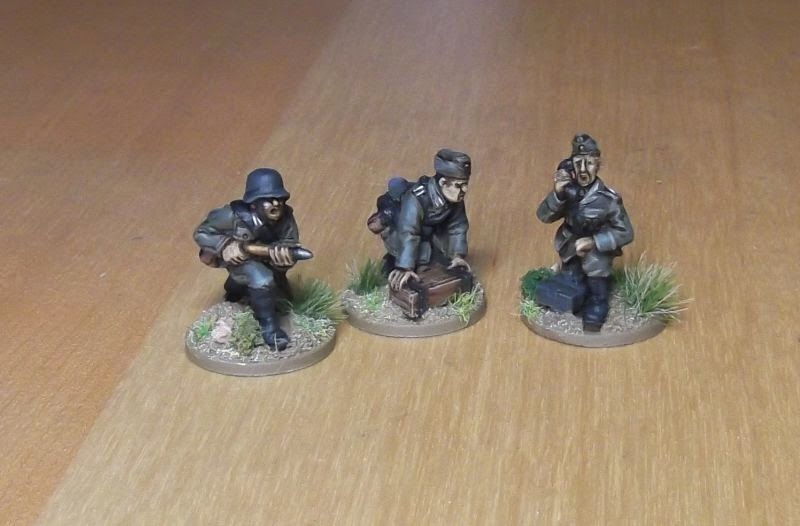 Here are some more close-ups of the assembled 88, the limber and the anti-tank gun crews. 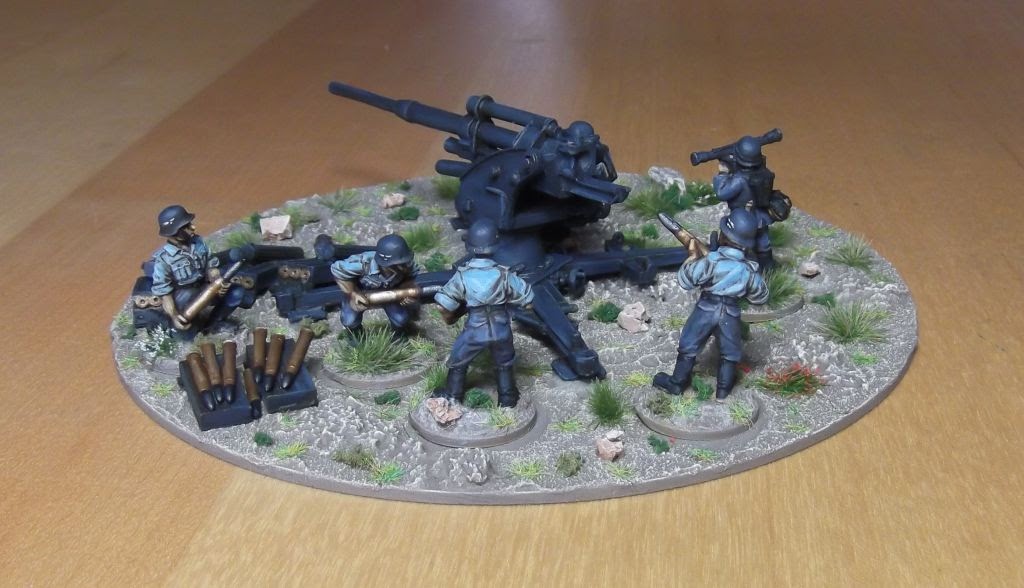 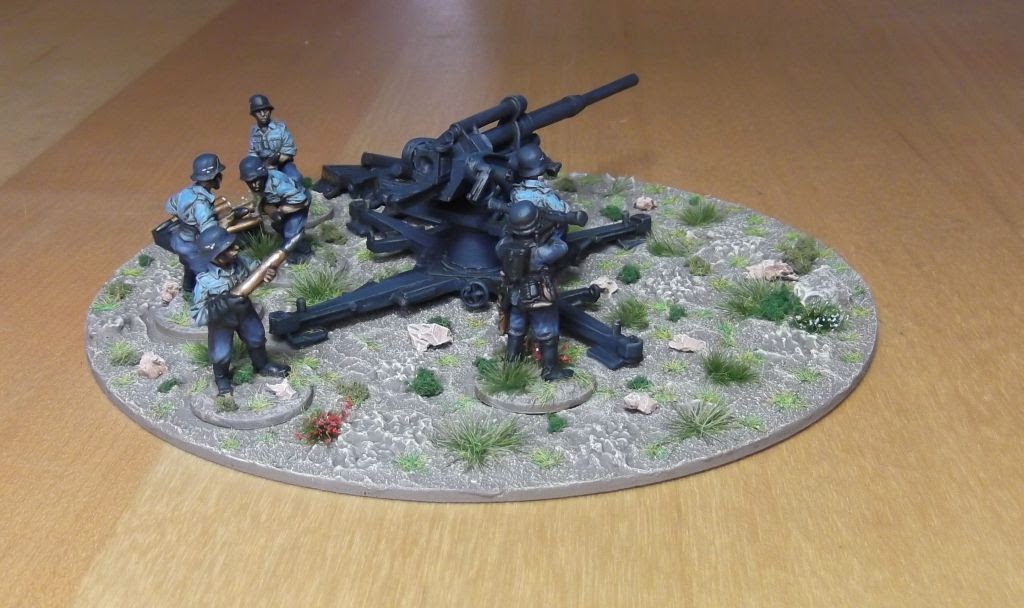 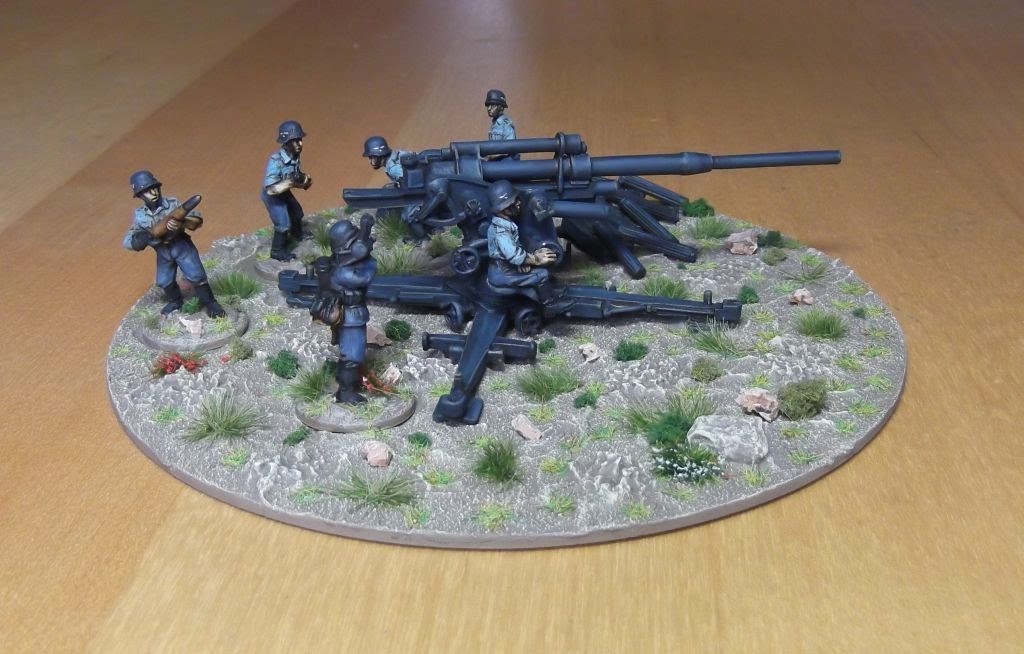 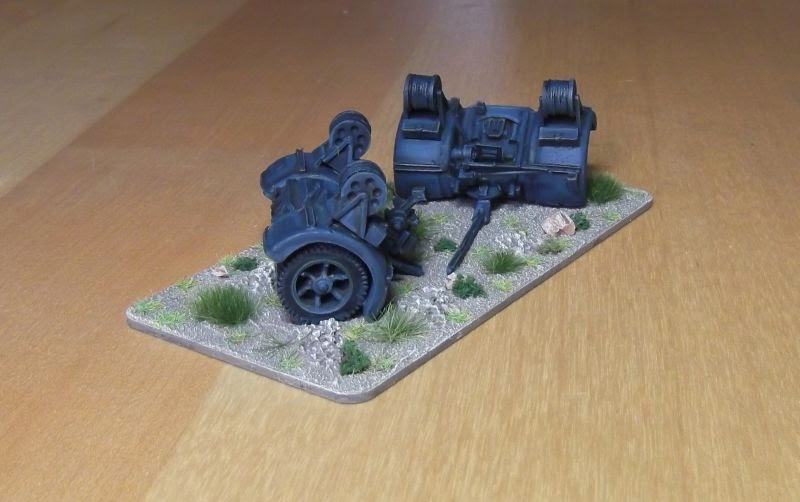 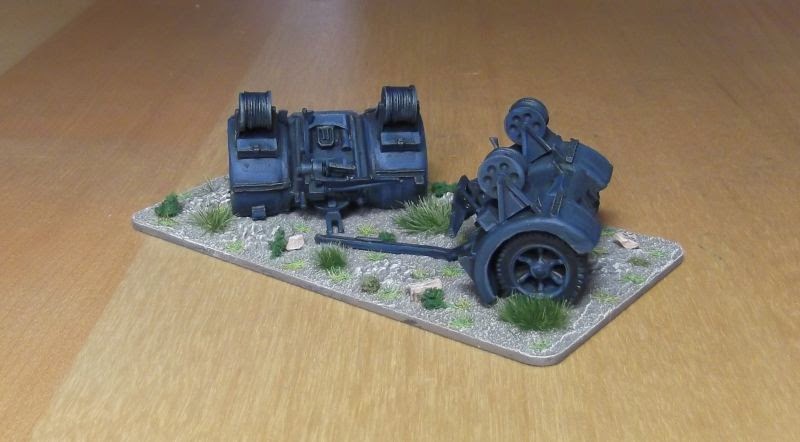 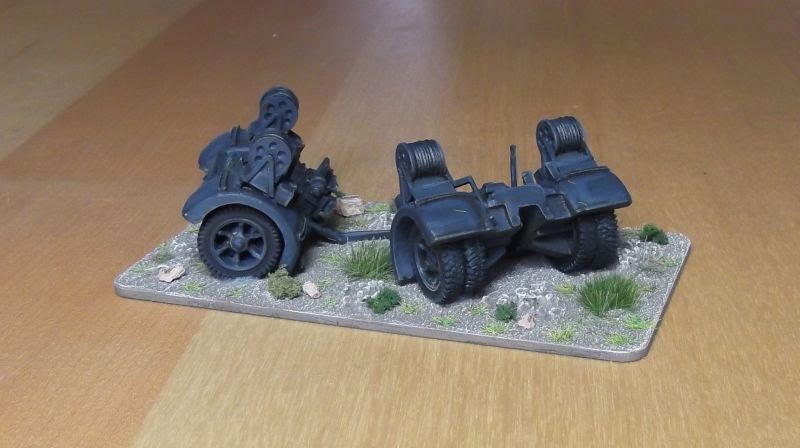 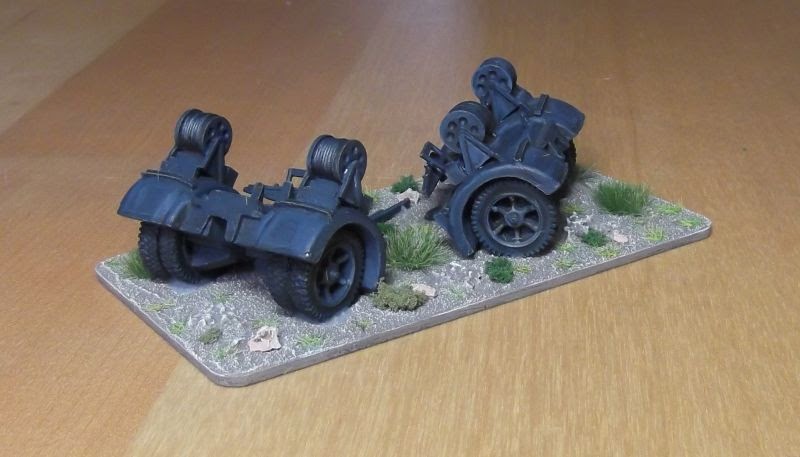 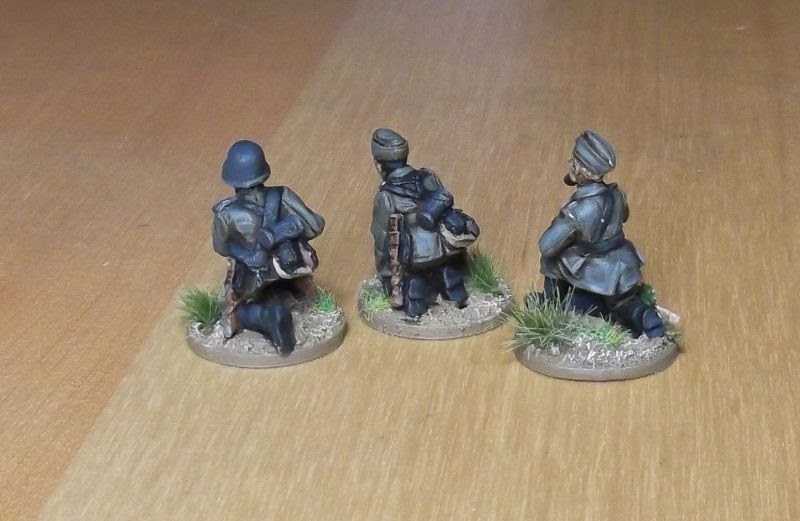 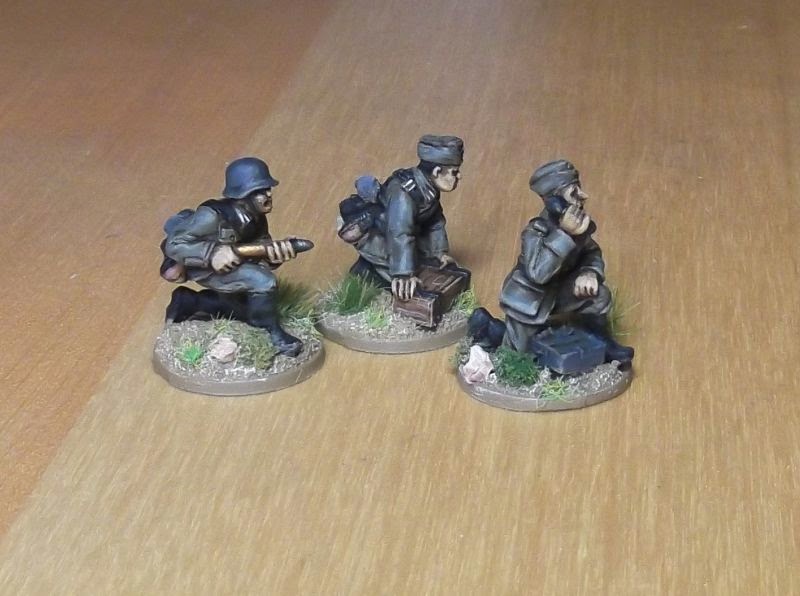