War of the Spanish Succession Bavarian and French(3) 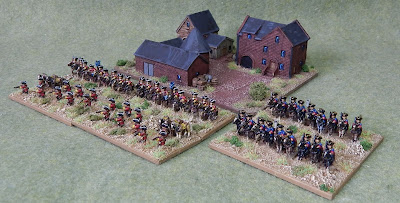 Another few hours cracking on with the Baccus 6mm War of the Spanish Succession collection and some Leven Miniatures buildings has yeilded enough stuff for another blog post.

First a town section using buildings from Leven Miniatures and piles of crates, barrels and sacks from Perfect Six Scenics. 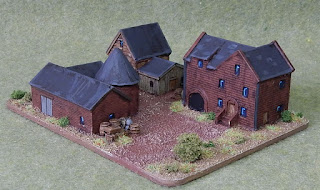 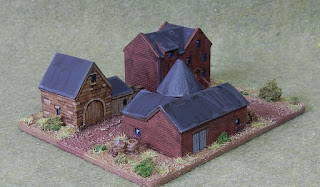 The building with the conical roof is the Stone Granary House although I have painted it as brick, must admit I thought it was! 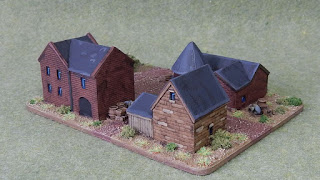 The final stone building with wooden out house is their Farm Outbuilding although I think it looks good as a town workshop or similar. 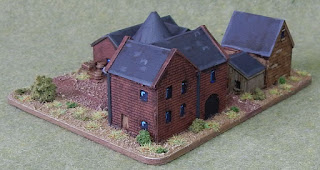 Now onto the figures. This time it's the French and Bavarians getting some attention. I've now painted 24 squadrons of 'bog standard' grey coated horsemen it was time for some elites so I did a couple of squadrons of the Royal-Piedmont. 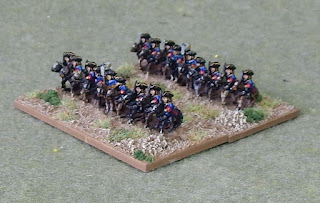 Some elites in blue coats shall make a nice change from the waves of greys. 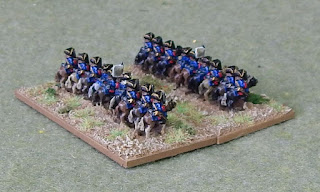 The Bavarian contingent is now joined by two troops of Monesteral  dragoons in both mounted and dismounted formations. 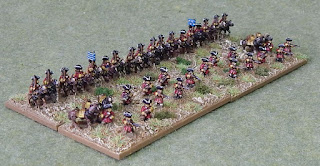 The mounted dragoon figures are some of the weaker ones in the Baccus range with many miscast heads, tails and some very thin legs that break easily. Not my favourite to paint but they seem to have come out OK. 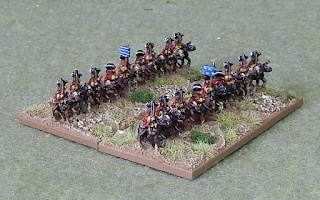 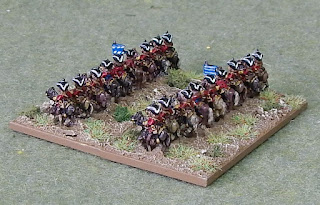 Finishing off today's post with a pair of dismounted troops including horse holders. 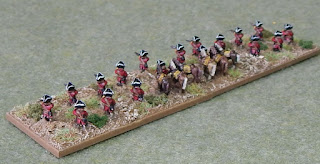 Drew and I hope to be kicking of a War of the Spanish Succession campaign in a few weeks, hopefully these all shall see some use.
Posted by Paul Scrivens-Smith at 10:48