Over the Memorial Day public holiday I've been continuing the momentum on the Napoleonic French collection with another battalion of line infantry. 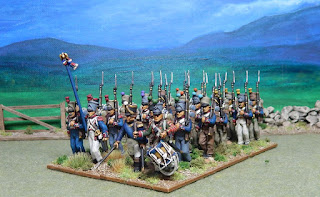 These are all built 'as-is' from the Perry Miniatures French Napoleonic Infantry set, just a matter of sticking on the backpack and painting, no head-swaps or other modelling involved. 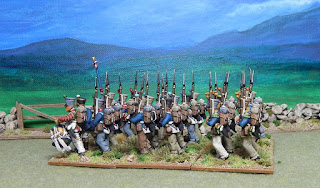 For this unit I elected to use only the figures in veste, the next unit will use only figures in greatcoats and I've already been doing a lot of head-swaps on that lot. 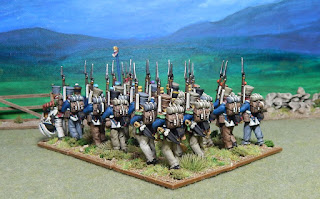 Once the standards are here the first four battalions of these troops I'm currently working on will represent Grenier's Brigade of Marcognet's Division during the Hundred Days campaign. 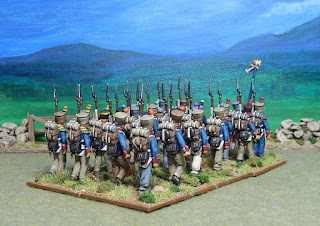 Checking the remaining figures in the boxes, with the aforementioned great-coated unit already underway I'll be able to add three more battalions to the collection, one battalion will see Grenier's Brigade complete.

With the extra two battalions of troops I plan to do one of these as a light infantry unit to add to the other two battalions from 13e Régiment de Légère that are currently with the rest of the collection in the UK then when these join the other battalions of their regiment then Schmitz's Brigade of Donzelot's Division will also be complete. 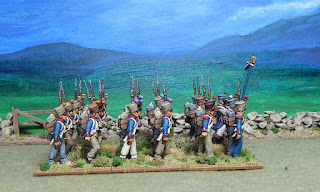 With 14 battalions now done I'm almost half-way through being able to represent d'Erlon's Corps, the next three battalions I have in hand will certainly take me over the half-way mark, all I need to to then is paint the Union Brigade to smash it with ;) 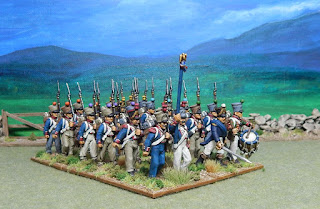 Of course there is the slight problem of geography with most of the collection still 3500 mile away!

Posted by Paul Scrivens-Smith at 05:58