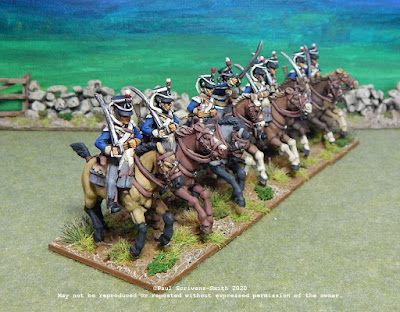 Again all figures are from the Perry Miniatures British Light Dragoons 1808-15 set. 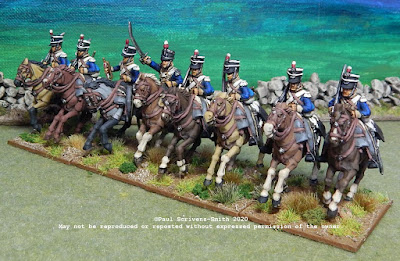 I assembled these fellows at the same time as the 16th Light Dragoons so they also have the same mistake with carbine placement - bugger! 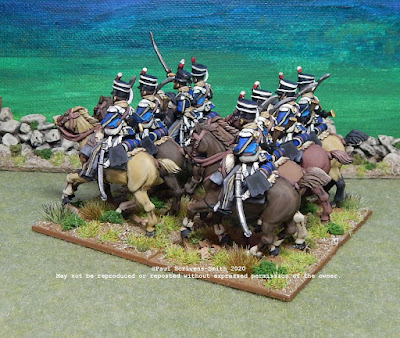 At only four bases they are quite a small unit, but I've ordered another box from Arcane Scenery so I'll be able to bring these and the 16th up to strength and make a start on the 12th Light Dragoons to complete the brigade. Now I'm in the know I'll not make the same mistake with carbine placement. 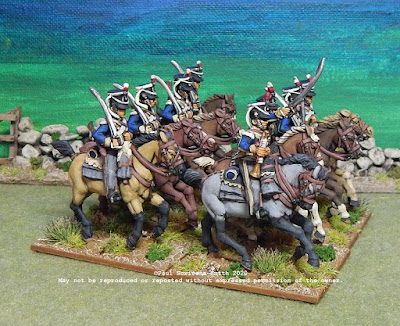 I've just finished off a few Anglo-allied oddments, skirmishers and the like that I'll post in the next article, but after that it's on to painting some Highlanders, must admit I'm not looking forwards to having a go at tartan!