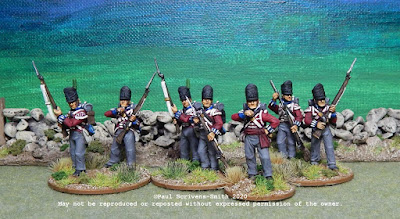 It's been over three weeks since I posted anything on the blog, what with a couple of weeks vacation and returning to a heavy workload there has not been a great amount of time to get painting, but all that ends now.

Todays update is six skirmishing light infantry and a sergeant from the Kings German Legion to support the growing Anglo-allied collection. 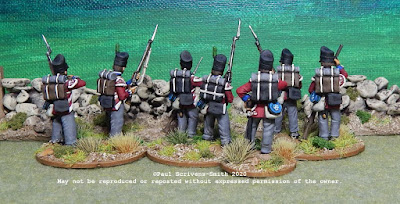 All the figures are from the Perry Miniatures Plastic Napoleonic British Line Infantry box set and will be useful as a leader and group of skirmishers in my Sharpe Practice games and as part of the brigade skirmish screen in our big battle games.
Following swift on their heals are a another batch of troops that are ready for photographing and will be up in the next couple of days.