British and KGL Commanders and Aides

There are now seven units of Anglo-allied troops in the collection so it was about time they had some leaders.
I started blocking in some undercoats on these before we headed out to Wyoming, but decided that I'd not take any painting away with me. 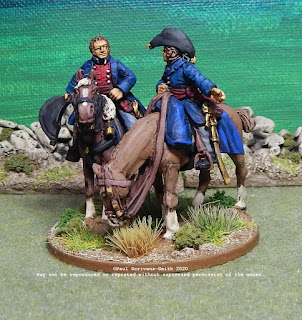 This first command stand is a bit of an anachronism being made up of both Generals Pack and Kempt from the BH3 Major Generals set. 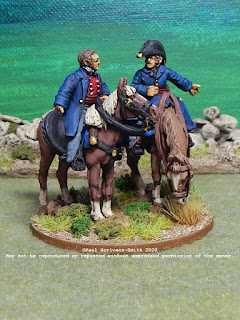 Two lovely sculpts that work well together on the command base.
The second commander, from the Colonels set, was done with blue facings with the intention of leading my KGL contingent. 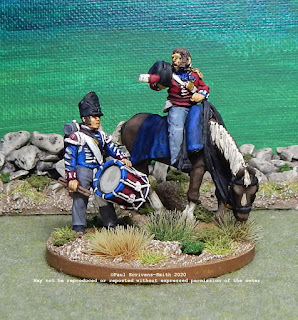 The drummer is a plastic one from the infantry set, I had also hoped to add a sergeant to this base, but the three figures on it looked too busy, so he ended up leading the skirmishers in the last post. 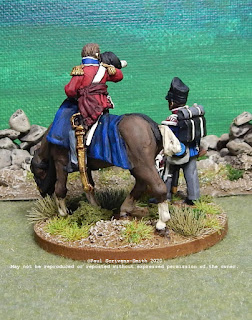 The next commander was also from the Colonels set, and was based singly. 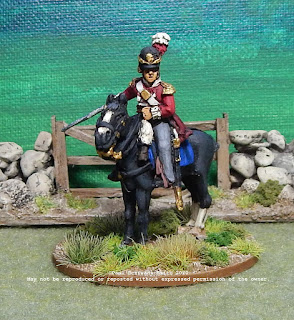 White facings on this one on a black stallion. 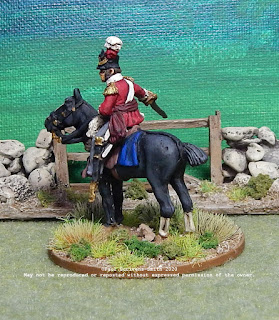 The last command stand has Halkett from the BH3 Major Generals set paired with one of the aides from the BH 151 Mounted ADCs set. 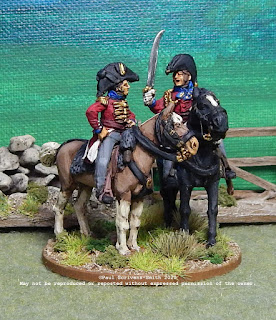 Another splendid pair of sculpts from the range, as usual though a bit of a bugger to clean up ready for painting. 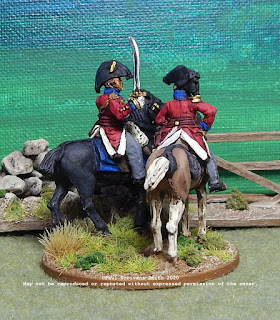 I also did some more of the aides singly based. These chaps will make good mounted officers for our Sharpe Practice games, or be used as ADC's in our General d'Brigade games. 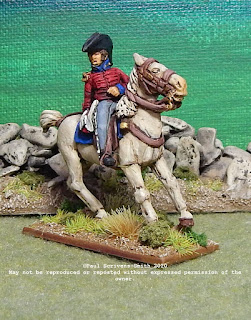 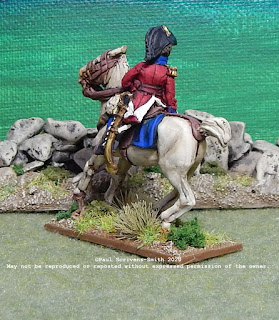 These are lovely dynamic sculpts. 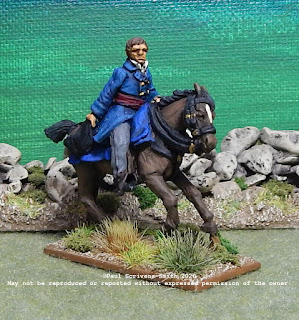 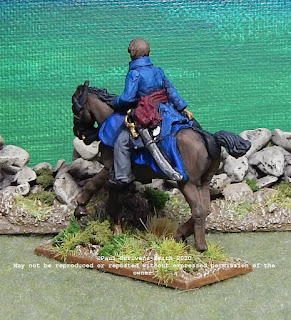 The final ADC is a Warlord Games figure from their Mounted Napoleonic British Infantry Officers set. I think he's quite a nice figure although the undocked tail on the horse mark him out as probably on a captured horse. 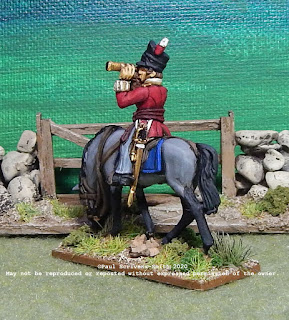 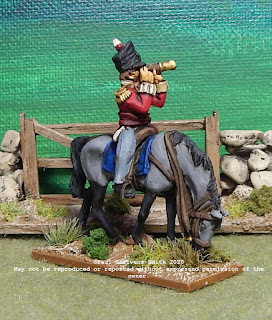 I was not entirely idle in Wyoming, although I took no paints, I take a scalpel and glue, so a couple of units of Anglo-allied Light Dragoons are currently on deck at the moment.
Posted by Paul Scrivens-Smith at 10:50
Email ThisBlogThis!Share to TwitterShare to FacebookShare to Pinterest
Labels: Napoleonic, Painting, Perry Miniatures, Warlord Games