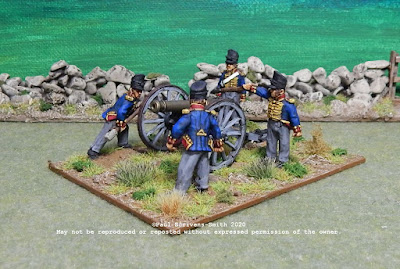 I think I'm pretty settled now that my 'big battles' set of choice will be General d'Armee from TooFatLardies. Having played a couple of games of Pickett's Charge I like the mechanism and they fit my vision for the period. I had already painted a pair of 9-pdr to represent Lloyd's Battery Royal Artillery so on my last order picked up another gun. 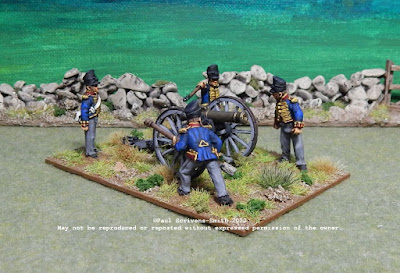 The model is the Perry Miniatures British Foot Artillery firing 9 pdr from their Hundred Days range. 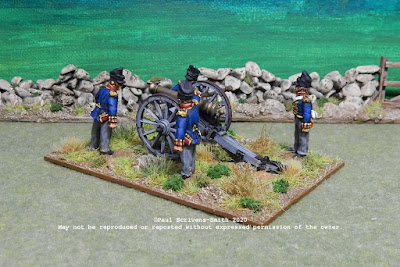 One of the resons that I maintain the blog is so that I can check up on the previous palette used and although only a couple of months ago, the old notes did come in handy. 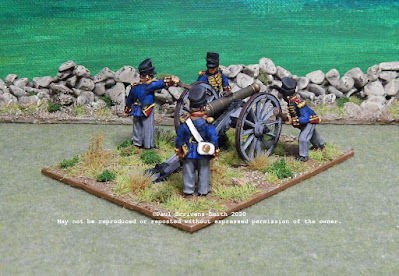 At the same time I also picked up another couple of guns to bring my French batteries up to strength and as I move back to the forces of Napoleon I'll get those two painted up too. 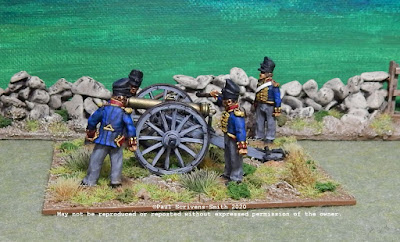 Here is the completed battery represented by all three gun models. 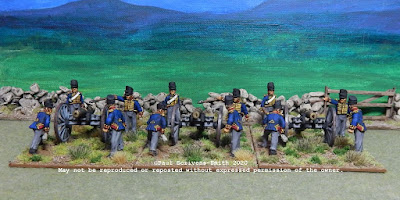