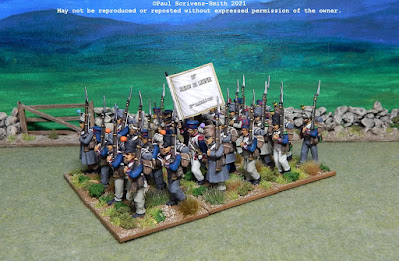 Still working to  address the imbalances of the last game I've added another battalion of French infantry to the collection. 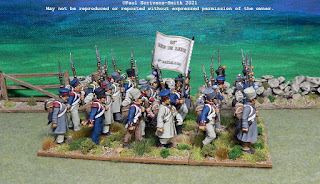 All but one of the figures are from the Perry Miniatures French Napoleonic Infantry 1812-1815 set which is one of my all time favorites (I've now painted 19 battalions, almost entirely using this set). 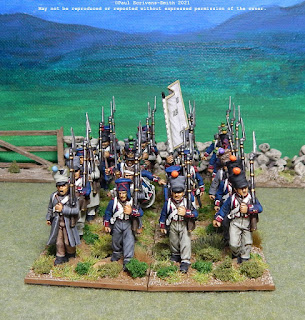 The 2nd Battalion of the 25th Line Regiment was a part of Marcognet's 3rd Division of d'Erlon's I Corps and although caught up in the charge of the Union Brigade were still around later in the battle.
The fanion is from GMB Designs.
Some close-ups of the individual bases: 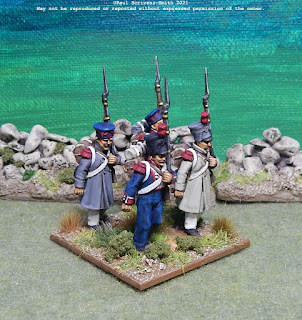 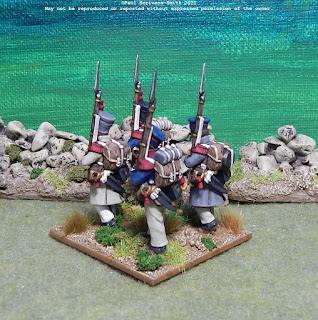 The only figure in this unit is the officer who comes from the Victrix Napoleonic French Artillery 1812 to 1815 set, more of which to come in an upcoming post. 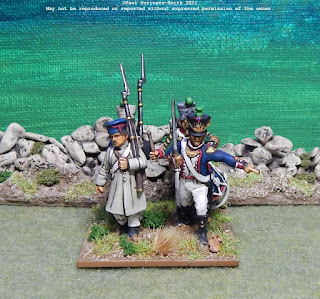 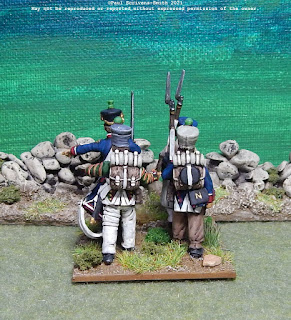 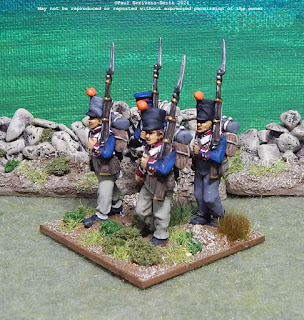 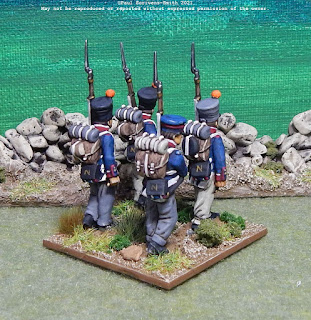 This brings my French infantry forces on this side of the Atlantic up to 8 battalions of foot and should address some of the problems with the forces in my last game that exposed the paucity of the French infantry on hand a the time.

More Napoleonic infantry on deck this week with a Hanoverian Landwehr battalion currently getting some attention.