Star Wars: Legion - Not quite the return of the Jedi 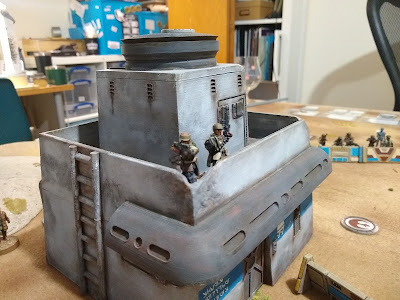 Victoria and I played Star Wars: Legion again on Saturday and my Rebels managed to get a draw, I think the best result that they have returned in about a year!

Victoria's Empire force was pretty much the same force she always uses, just a few equipment swap-outs. I picked a Rebel force led by Cassian Andor assisted by K2S0.

We would be playing the Key Positions objective with the Major Offensive deployment with Clear Conditions. 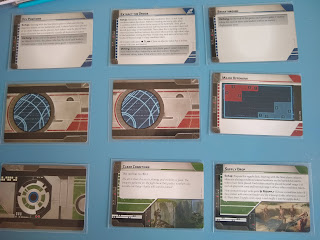 A few shots from the game. 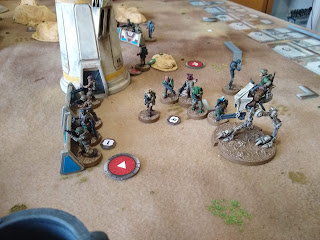 Based on how much they have hurt me in previous games, I'd managed to take out the Imperial Scouts and Speeder bikes very early on. 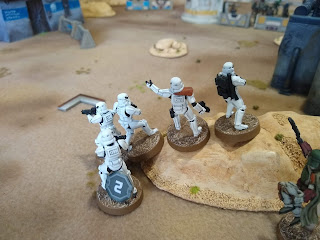 I also took down Boba Fett before he managed to cause too much havoc, although Combat Stims kept him in the game for another turn. 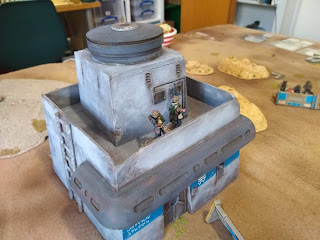 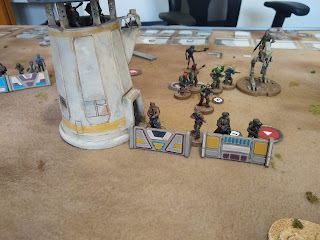 Cassian Andor did take quite a hit early on, but the medical droid kept him in the game. 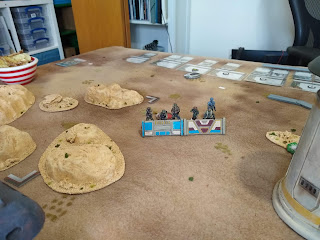 On turn 6 I suggested to Victoria that she could force a draw if she hid behind and touching the hill with her remaining leader from a Stormtrooper unit. 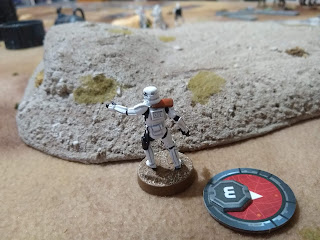 At the end of the game the Imperials had lost many more troops than the Rebel Alliance, but with three objectives each it would be a draw. 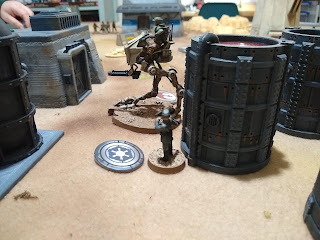