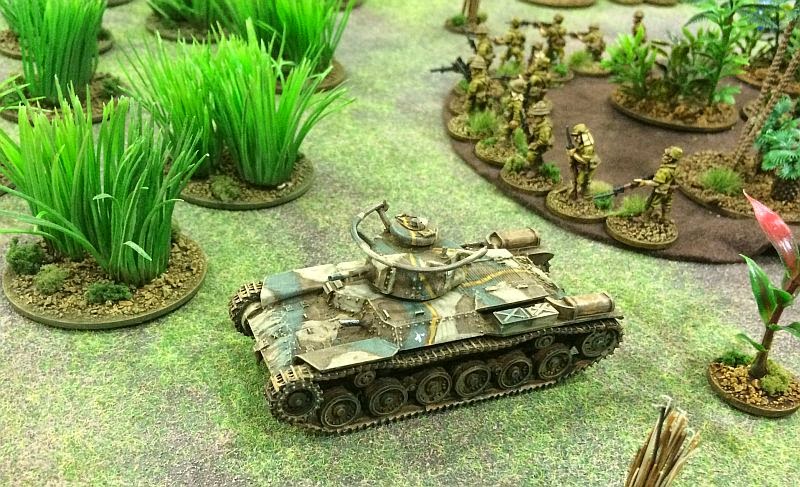 Steve and I had arranged a game of Chain of Command for Tuesday evening. Originally, I had planned to take the Spanish Civil War collection, but I had fairly recently finished painting some Gurkhas who have not yet seen any action so thought we should play a Burma game. 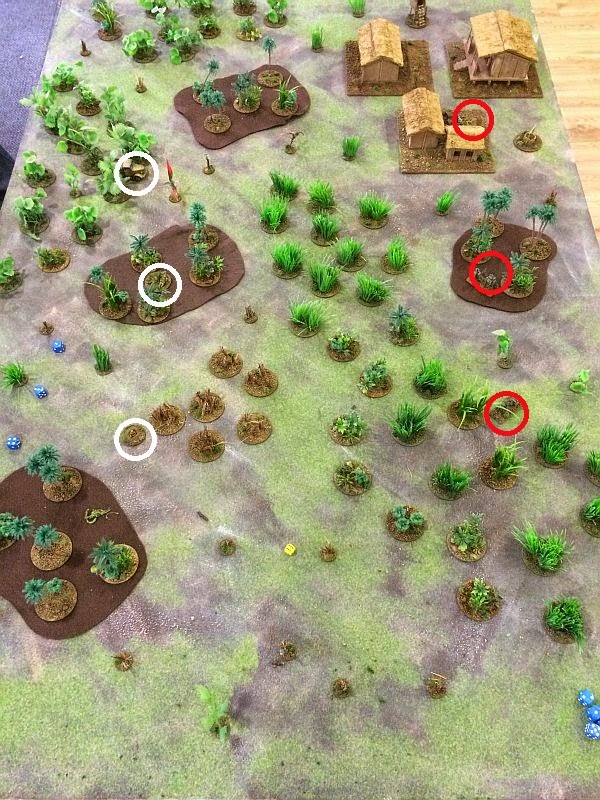 We decided on an Attack and Defence scenario and randomising, Steve would be the attackers. With four points of Force Support he splashed out on a Chi-Ha, I decided on another 2" mortar.

My anti-tank rifle would have his work cut out! Even more so after we rolled for Force Morale, the Gurkhas were on a 8 while the Japanese an 11.

The defence was anchored on a thicket on the left and a small village on the right. After the Patrol Phase the jump-off points looked like the overview on the right.

The Japanese came on with a couple of rifle sections in the centre and deployed the third section and the light mortars against the village.

The Gurkhas initially had the best of the fire-fight and had broken two of the mortar teams and wounded one of the Japanese NCO already. However, the Chi-Ha moved into position and was soon laying down heavy fire on the village. The anti-tank rifle was terrible, only once did it inflict a single hit, indeed one of the Bren teams was more effective at driving it off. 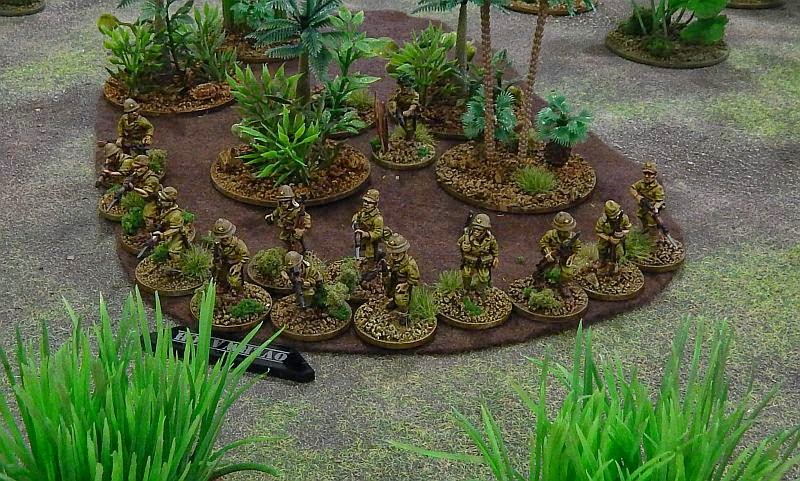 The weight of fire from the tank was telling, despite being constantly obscured by smoke from the 2" mortars it had eventually seen off both sections deployed in the village and killed the Platoon Sergeant. 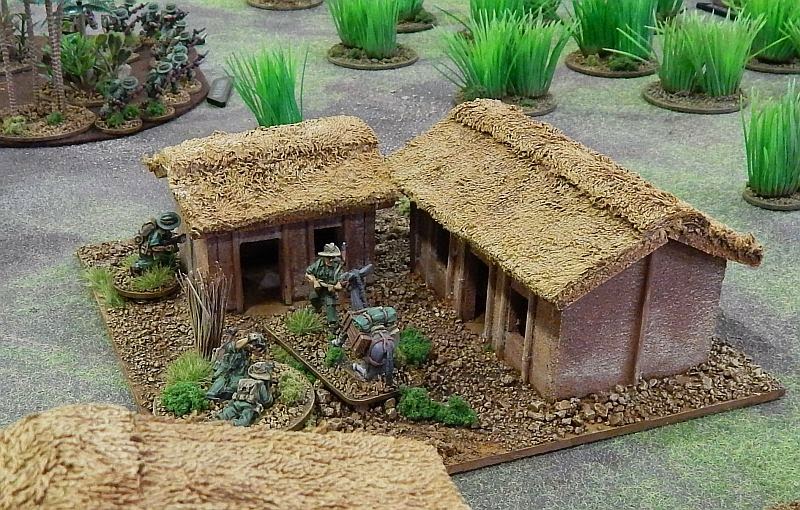 The main Japanese attack then came through the large band of cover in the centre of the table, despite a spirited fire from the remaining section of Gurkhas the attacking Japanese were laying down a heavy fire and the Bren team broke taking the Gurkha Force Morale to zero, the Japanese were still on a Force Morale of 7! 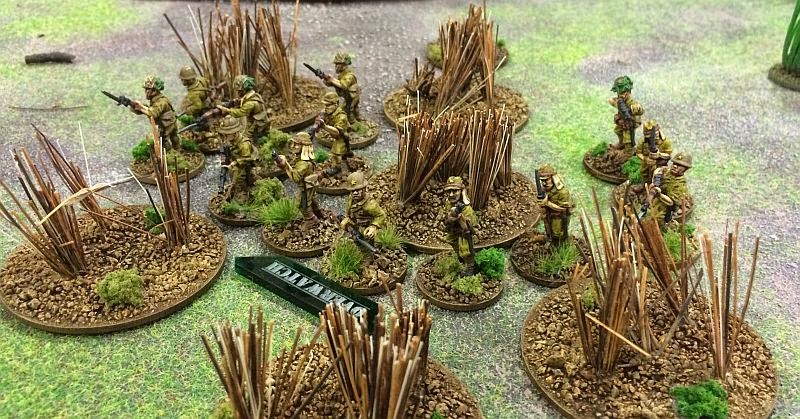 The Japanese list at a Force Rating of +1 does seem rather tasty.

Posted by Paul Scrivens-Smith at 12:45