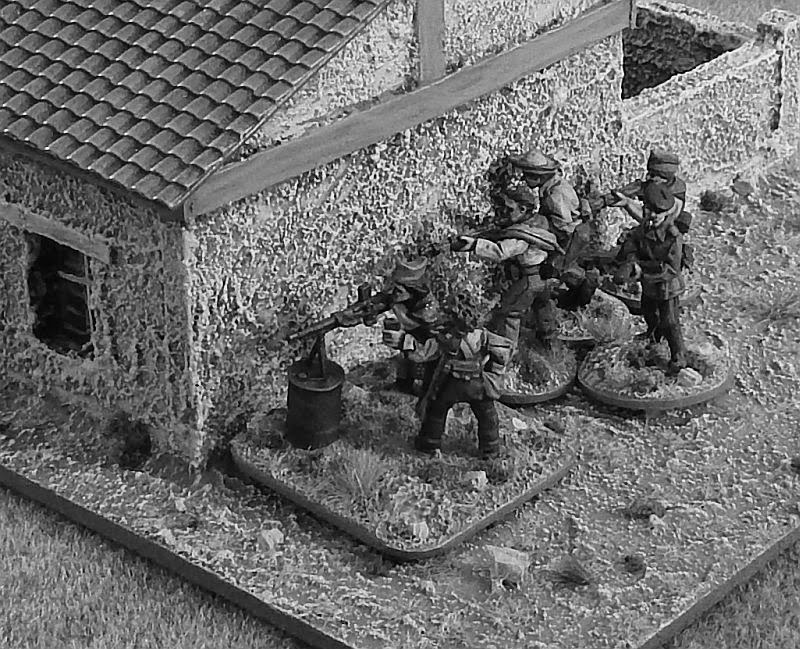 For those of us who are not Christians Easter Sunday can be the most boring day in the calendar, everything is shut and there is nothing to do. 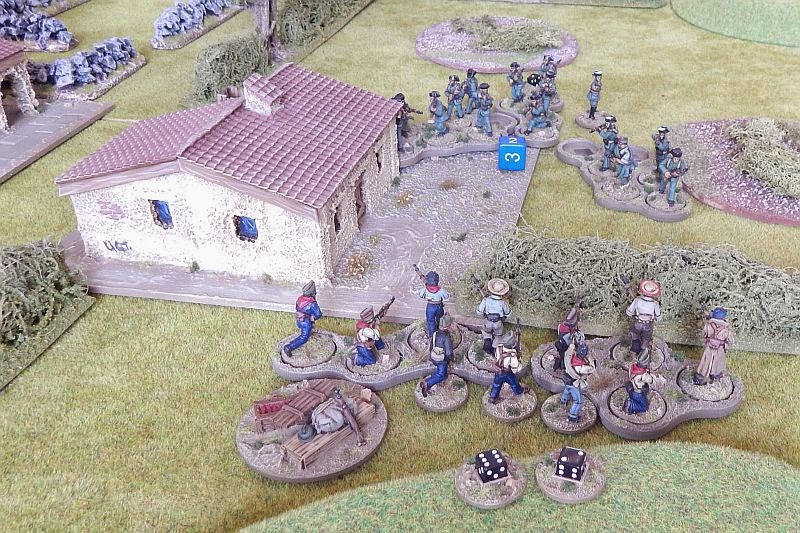 Thankfully over the past few years I have a bit of a tradition going, over the weekend Victoria and I usually visit family in 'that there London' so on Easter Sunday Victoria and Jasmin visit Camden ( I know I said there is nothing to do, but you would not get me doing that....) while I pop over to visit chum Eds in Pimlico and we get a game in.

This year we made a last minute decision to play Chain of Command Espana, and I had a small scenario in mind. Near the start of the war the Trades Union militia were distributing a cache of weapons, the local Guardia had arrived to confiscate them, barricades were thrown up and a nasty skirmish ensued.

We played the Attack on an Objective scenario with Ed commanding the Guardia bolstered by a unit of Falanists. 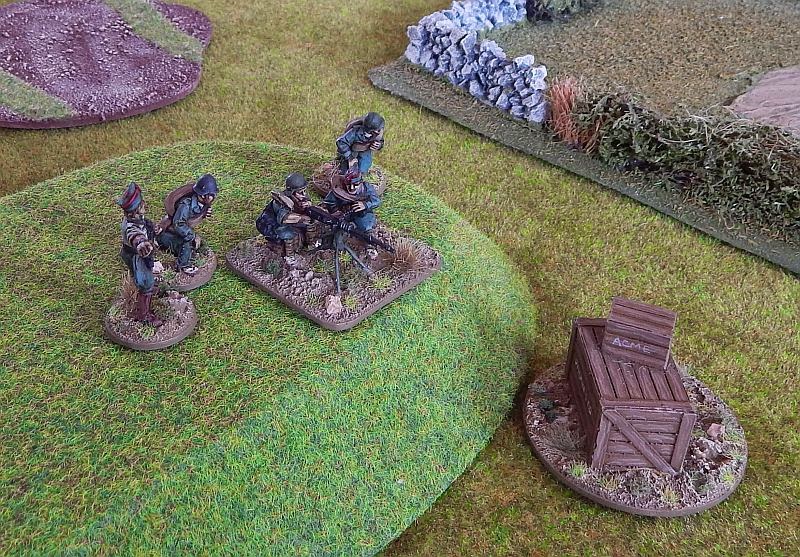 Things started well for the Republic, the local Falangist Militia led the Guardia towards the cache through an olive grove. But, almost immediately their Jefe was down, shot not once but twice. 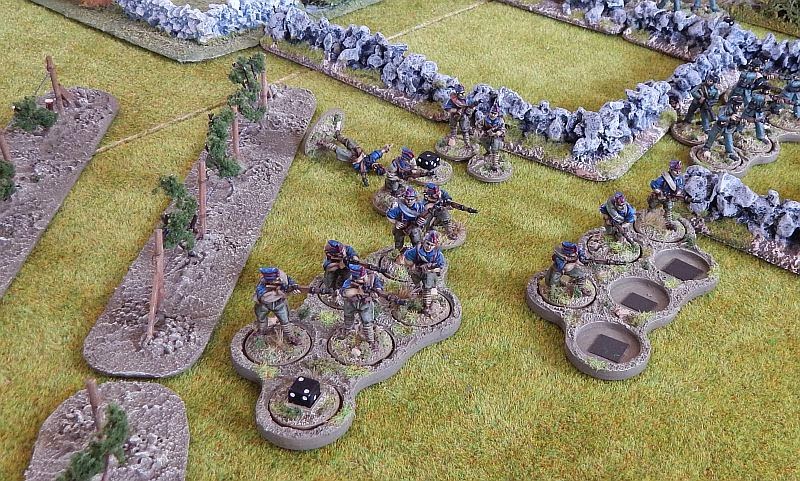 However, the Guardia then put on their big guns and a Hotchkiss machine gun deployed to their rear soon started poring fire into the Milicianos who were soon breaking for the rear. The Guardia then changed their axis of attack to the left flank and soon overwhelmed the defenders there first with tear gas and a concerted bayonet charge. 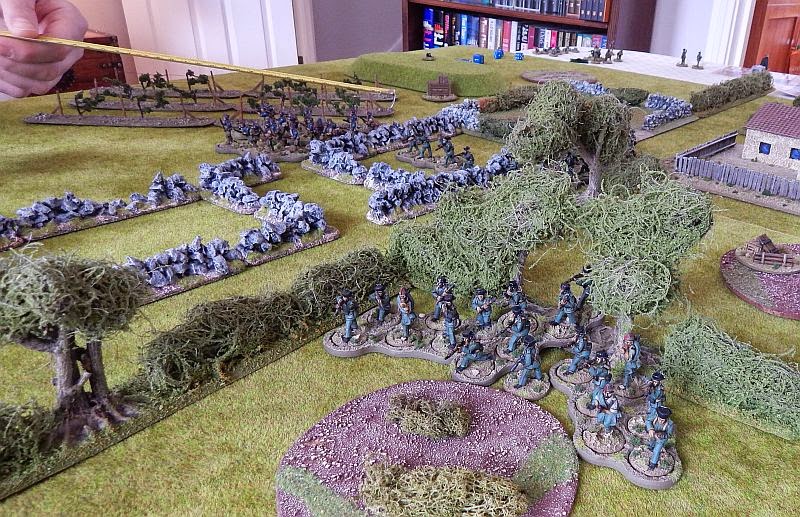 With their defence in tatters the remaining milicianos created a bastion in the village, but assaulted from the fore and both flanks soon were overcome and the arms cache redirected to the Nationalist cause.

This was an emphatic Nationalist victory and had only taken about an hour and a half so we decided to set up another game, leaving the terrain as it was

This time I would use a Bando Nacional force of Regulares while Ed had a Ejercito Popular de la Republica force. This time we both had plenty of supports with a full complement of LMG and 50mm mortars in the platoons plus Ed had a BA-3 armoured car while I had a Panzer I, 70mm infantry gun and a preliminary bombardment.

The Regulares would attack in the 'Delaying Action' scenario.

Taking the first turn I rolled three-sixes so much for the preparatory bombardment. While my Panzer pushed up the road my scouts and a section of Moroccans pushed up the right. Soon the Panzer and the BA-3 were engaged in a game of cat and mouse which could only end one way, however, it was several phases of ineffectual fire before the Panzer eventually succumbed. 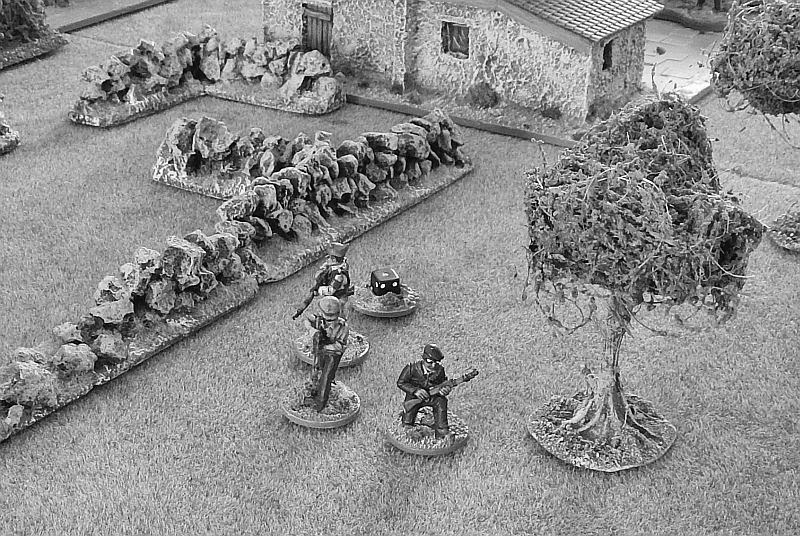 Having established a base of fire in the olive grove I then moved a jump-off point to join them and deployed the rest of my troops in there.

After a hard fight the Moroccans eventually ejected the EPR from the Taberna but by now had a section of their own wiped out. 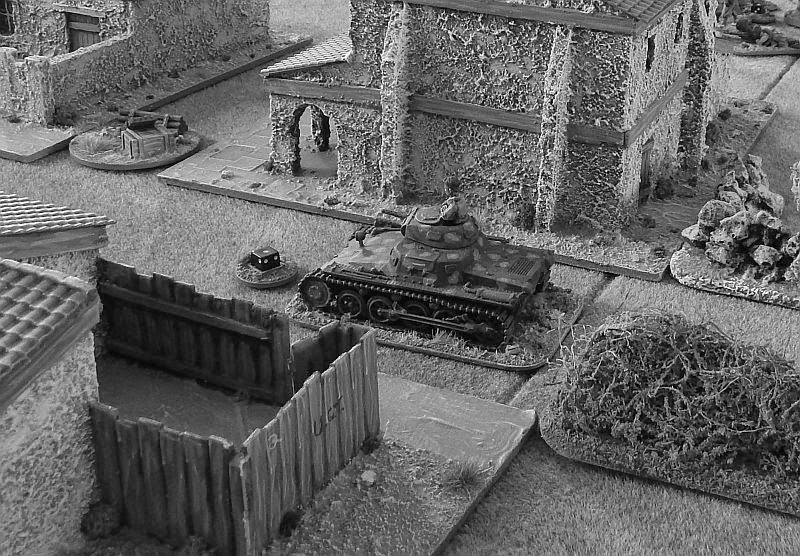 The game stalemated rather, the Moroccans proving hard to shift, but the BA-3 was invulnerable to my fire. Eventually though the EPR infantry was broken with the BN troops on a Force Morale of just 1. Very close run.

More photographs from the action. 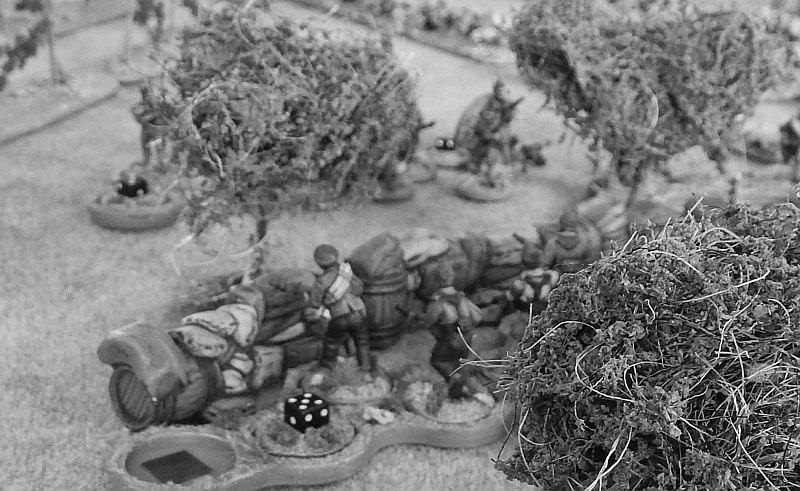 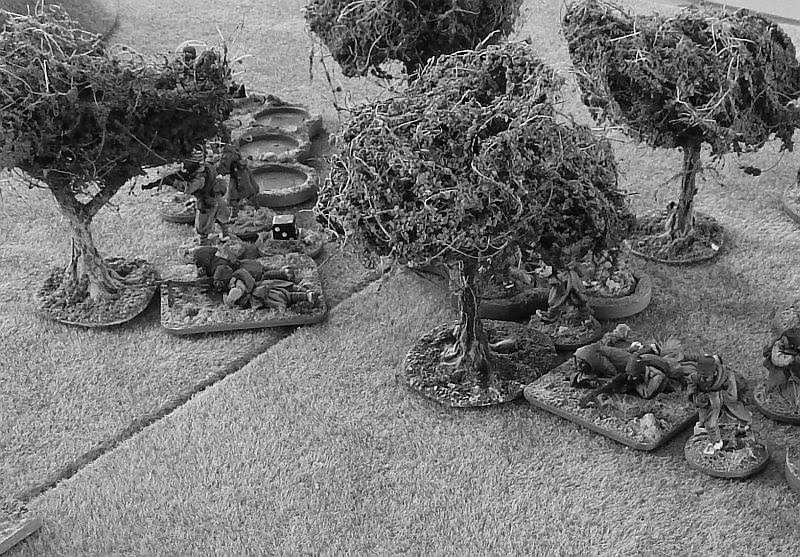 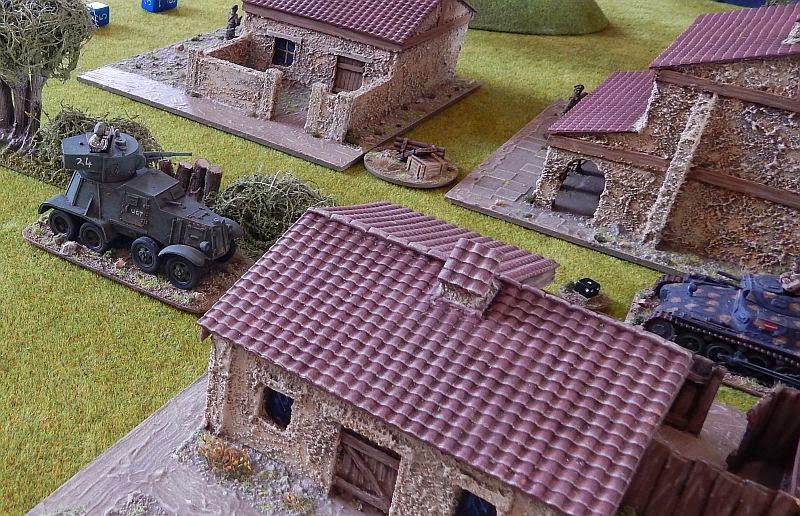 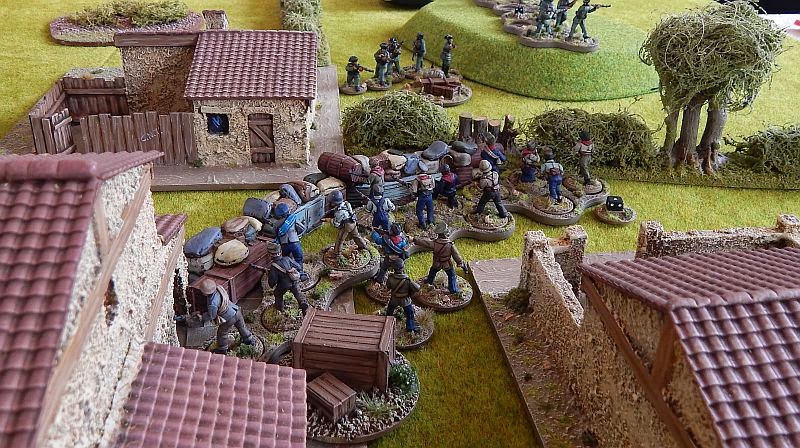 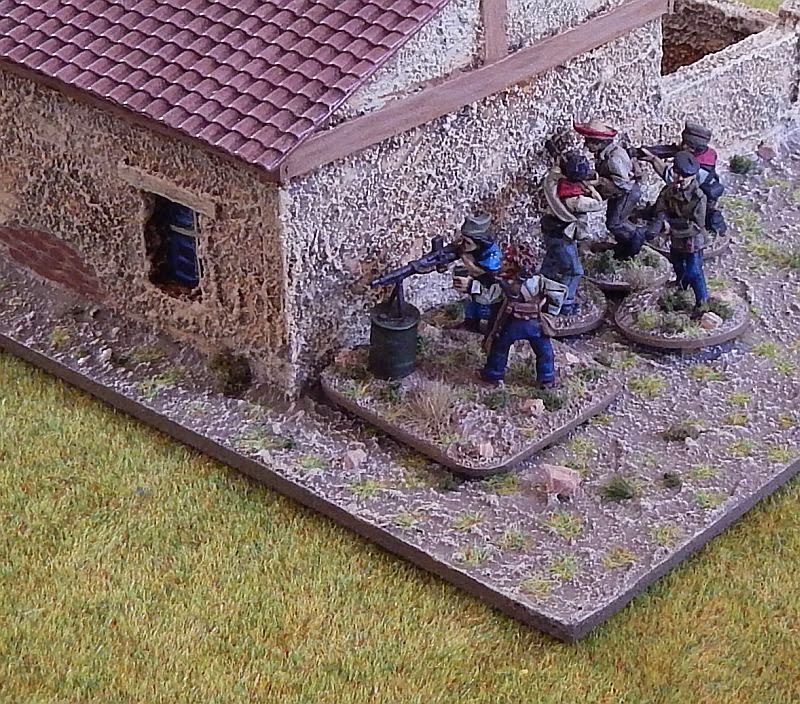 Posted by Paul Scrivens-Smith at 06:40