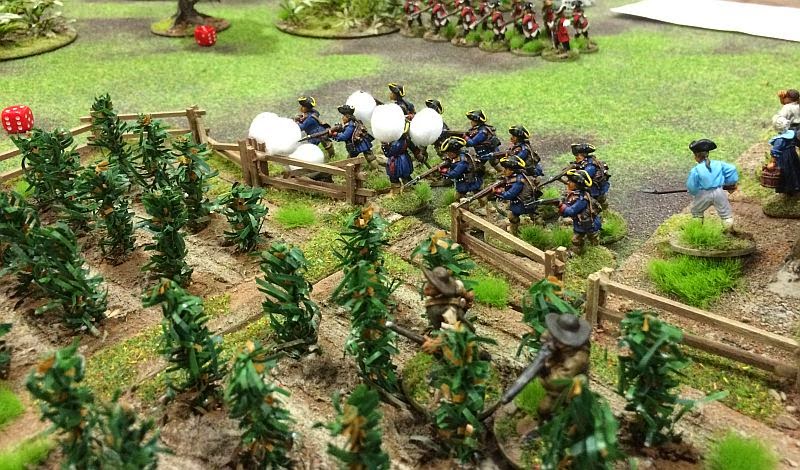 Yesterday evening at the club was a very rate event, I just turned up and rolled dice.

Quinton had arranged a game of French and Indian Wars using the Muskets and Tomahawks rule set. Myself and Steve would be the attackers, Steve had a contingent of two units of French regulars while I had four small units of Indians.

Greg had two units of British regulars while Martin commanded a small unit of Butlers Rangers, a firing line of Provincials and some villagers while Quinton oversaw proceedings. 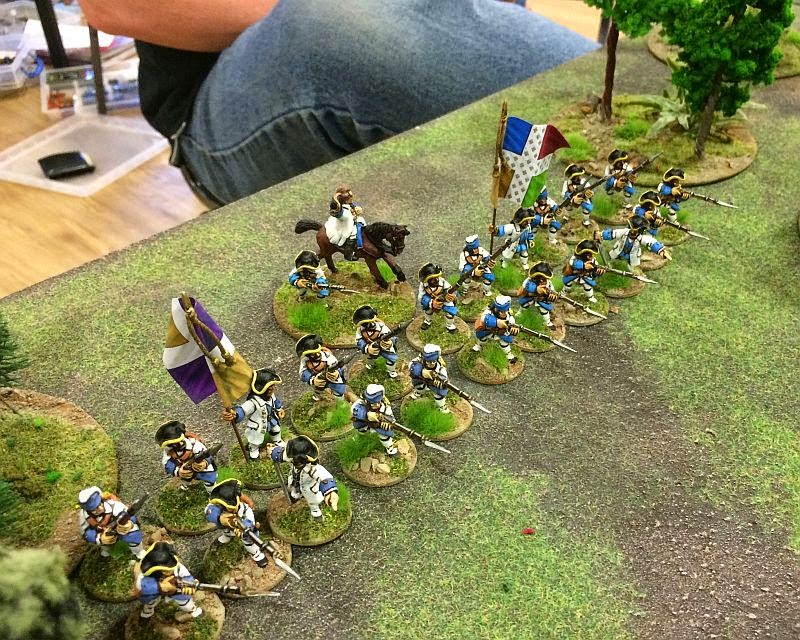 Quint has amassed a lovely collection of figures and terrain for this as you can see from the photographs.

The French and British regulars both approached from either end of the clearing while the Rangers and Indians played in the woods. The Provincials and villagers held the farmstead. 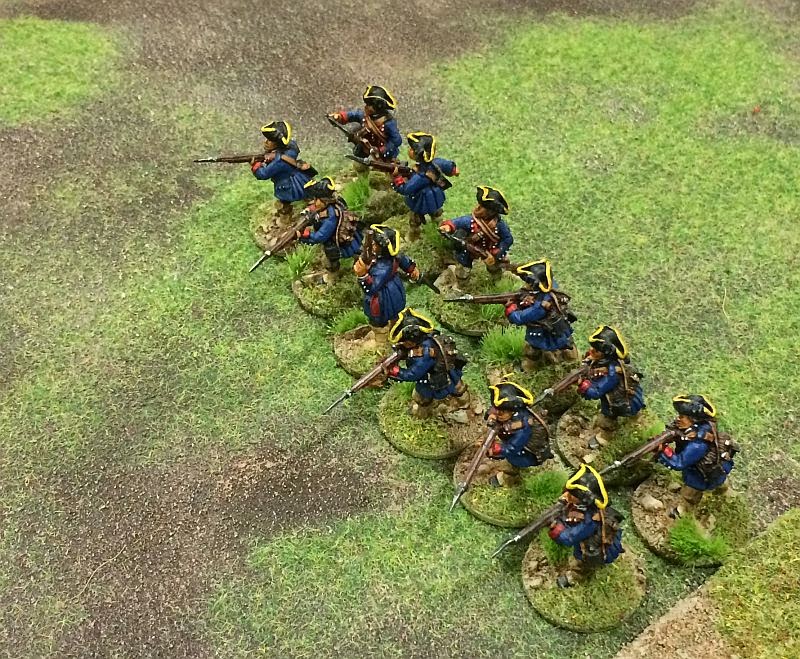 Quinton has painted up some hidden unit markers, my Indians were represented by bears while elks represented the rangers. 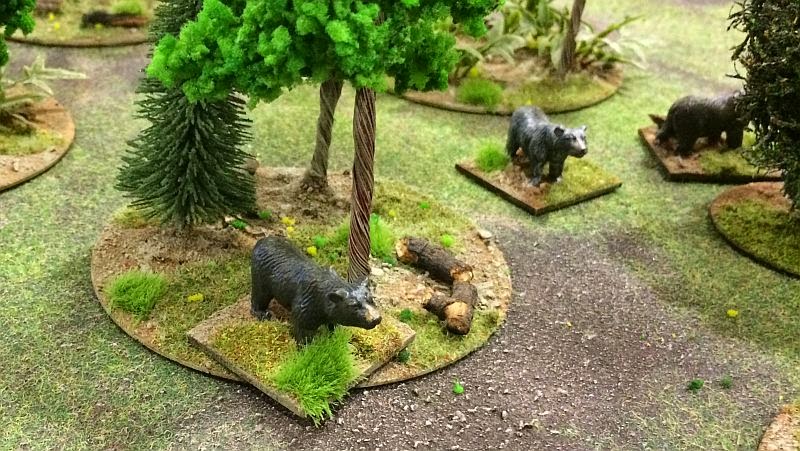 The British regulars were quite tardy, only one unit on the table from the start while our Frenchmen swiftly advanced, one unit entered the corn field and was trading shots with the Provincials on the other side. 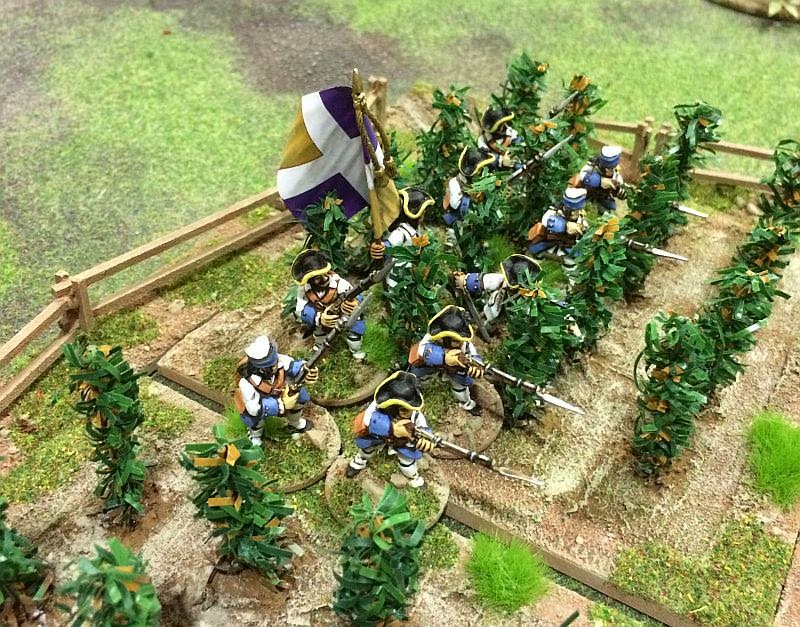 Meanwhile three units of my Indians had manoeuvred unseen around the right and in their opening shots accounted for four of the villagers, things were going well for the French. 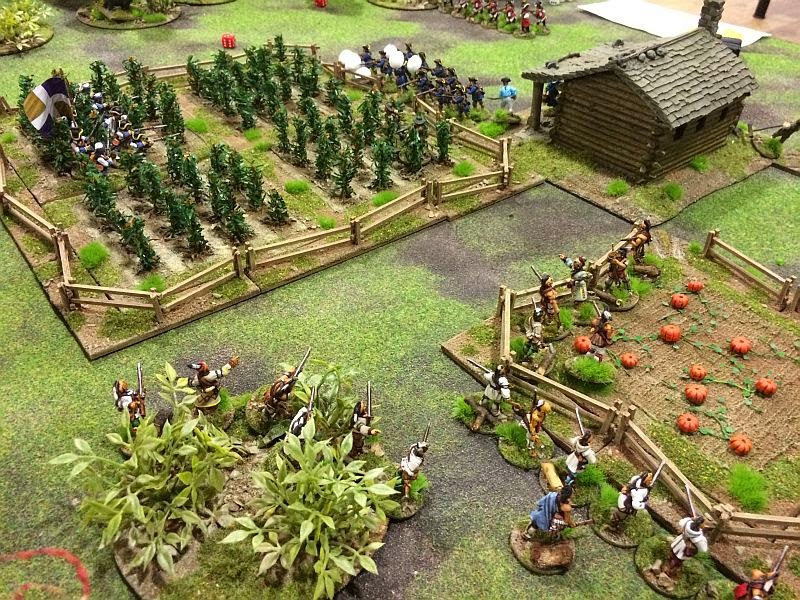 We soon even had the homestead ablaze to prevent the villagers taking refuge in there. Even better on our left, the unit of Indians - armed only with bows - opened fire on Butlers Rangers killing two of them in the initial volley.

Eventually, the British Grenadiers arrived to bolster their flagging line, but the French were certainly firing superior volleys and the British were looking rather shaky. 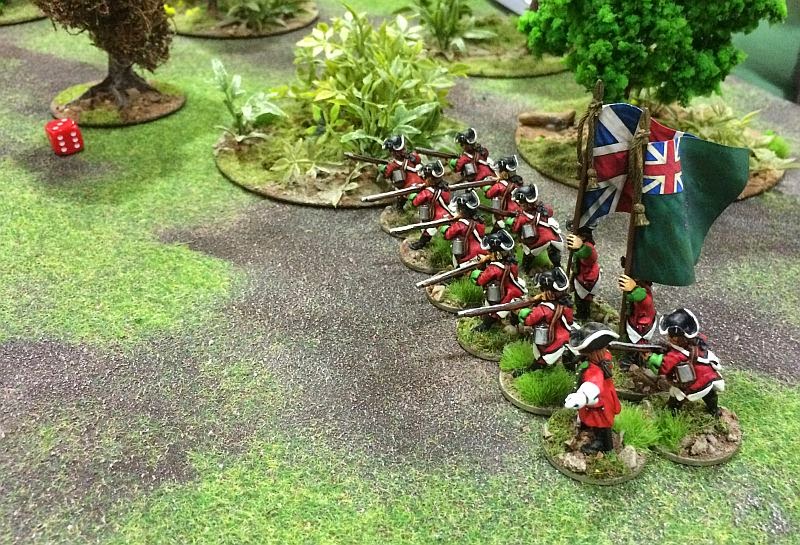 Unfortunately, rather too soon for our liking the game ended due to a low roll on 2d6 and totting up the victory conditions it appeared that we had not killed enough villagers to secure a French victory. If we had another turn I think we would quite easily have won.

Certainly a battle where the history was written by the British.

It was my first game of Muskets and Tomahawks and I thought it played very well, we need to pay better attention to our victory conditions next time though.

Posted by Paul Scrivens-Smith at 11:46