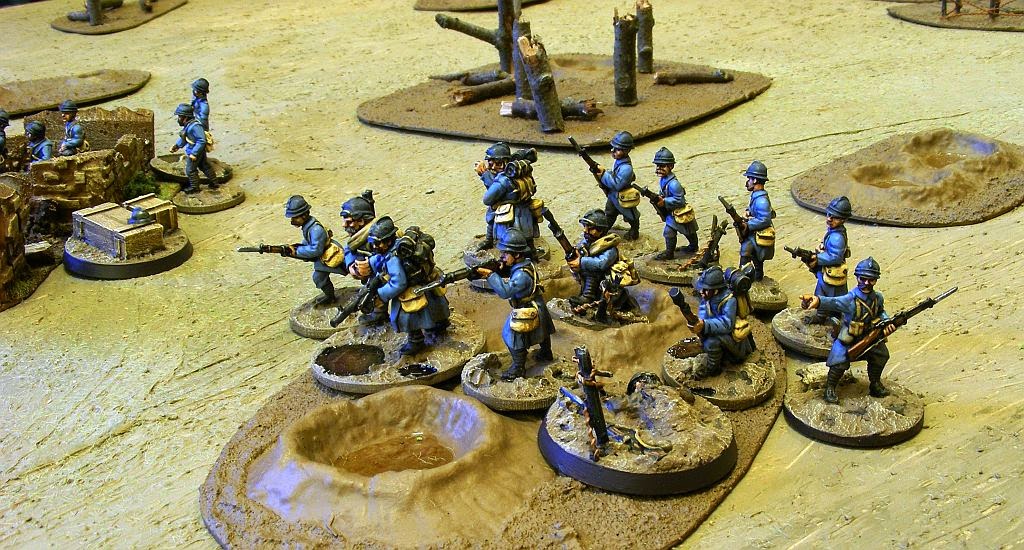 Another game of Chain of Command WWI. James has had some time to paint additional Frenchmen over the Easter break so was able to field a full strength platoon rather than the brittle reduces strength platoon he has been using.

We would play the Attack and Defend scenario and randomising the roles, I would be the defender with my German platoon. Mark would assist James in the attack. 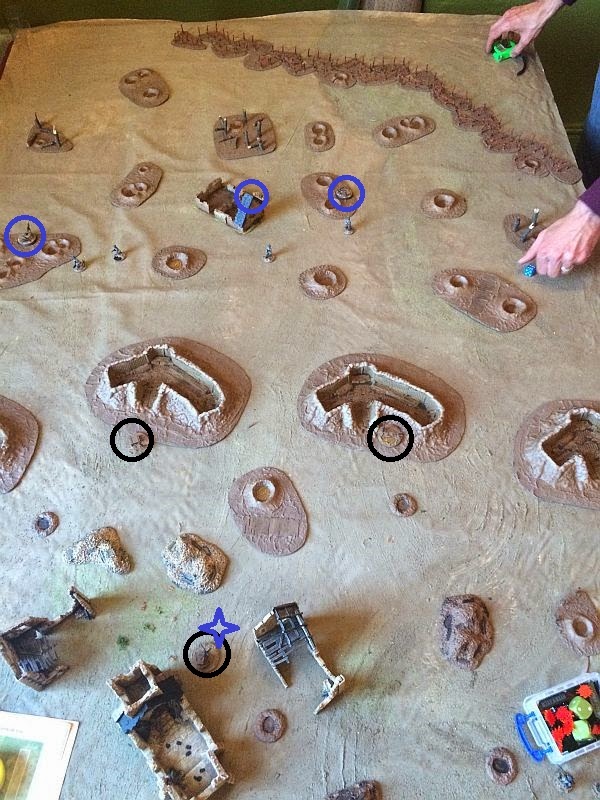 Rolling for Force Morale, the French were only on an eight while my Germans were slightly better on a nine. We then played out the patrol phase and the resultant start positions are on the right, German in black, French in blue.

James had painted up a collection of ruins for us to use and they certainly added to the effect.

James then had a whopping 16 points to spend on Force Support, he chose:


I only had four points to spend, so I added: 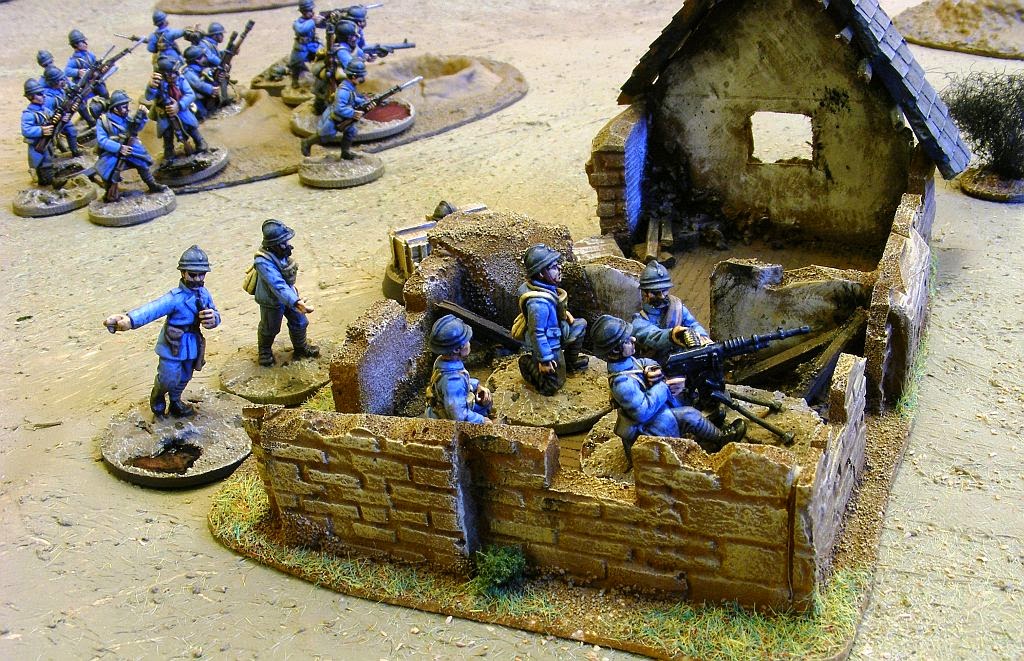 I took the first turn and as I had rolled pretty poorly I decided to pass as the front two jump-off points were covered by the in-game barrage and the rear one was covered by the off-table machine-gun. Utilising the cover of the in-game barrage and my lack of activity the French deployed all their force on table ready for an assault once the barrage lifted, apart from their second Grenadier-Voltigeur section held in reserve. 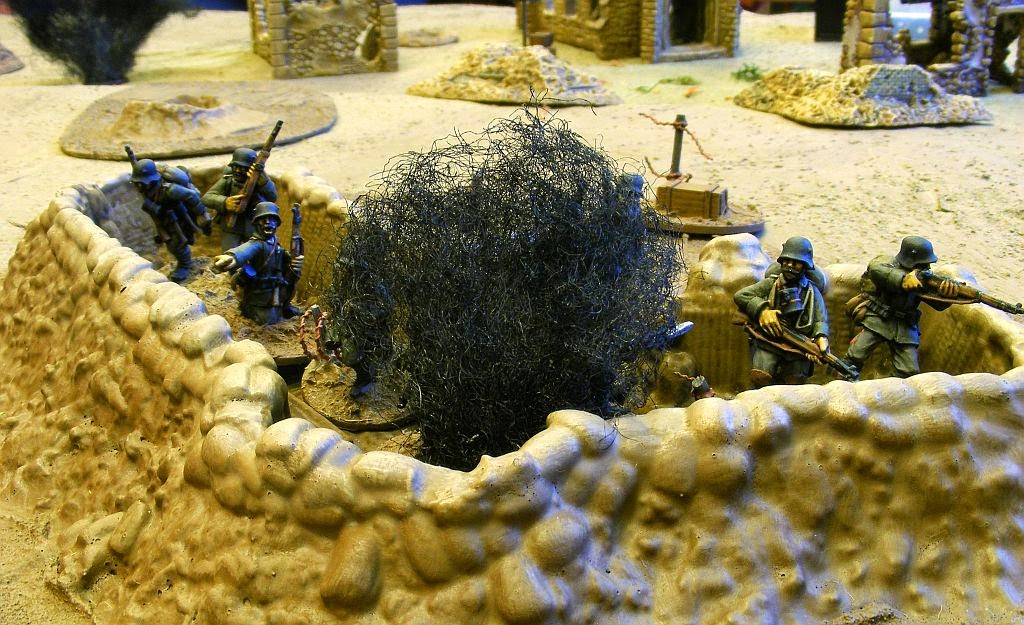 The initial German troops to reveal themselves was the sniper and he was soon taking pot-shots at the support sections, indeed the first Frenchman to be hit was one of their Sergeants.

The in-game barrage lifted and the French soon moved off, mainly unopposed due to the continued effects of the Feurwaltz on my positions. The Germans deployed a Gruppe of Riflemen in my central left position, but they were soon badly affected by the concentrated fire of the Hotchkiss and both Support squads. 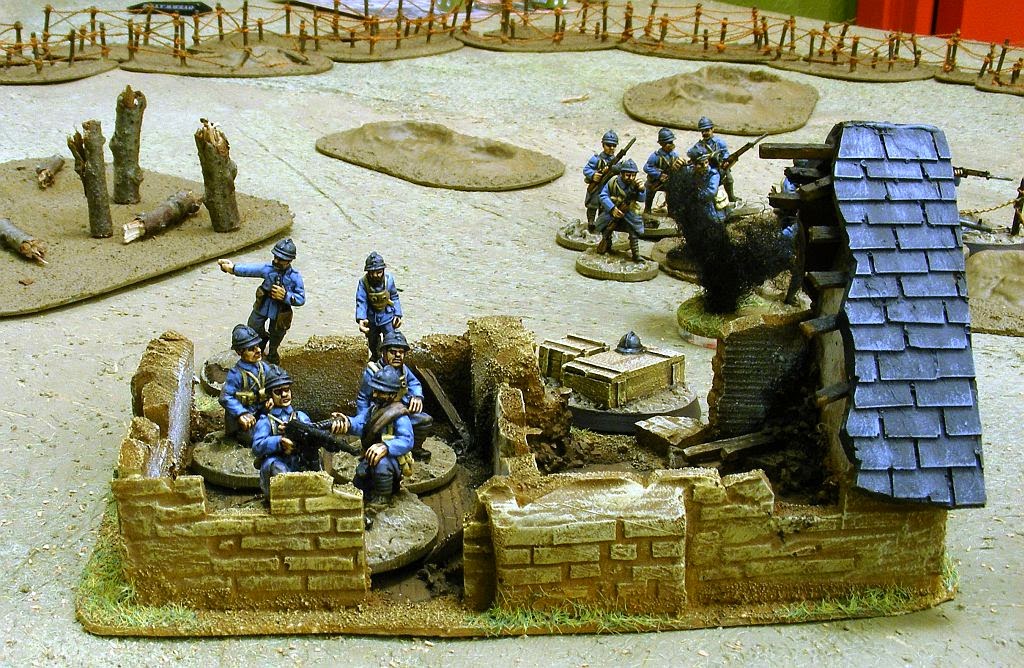 The first Grenadier-Voltigeur section captured the empty trenches on my left and were threatening the already beleaguered Rifle Gruppe so I deployed my enhanced Light Machine-gun Gruppe and started pouring a heavy fire on to the support section in front of them with the continued support of the sniper. Soon the shock was piling up on them.

However, the concentrated fire on my Rifle Gruppe meant that they fled with 13 points of shock on just six men. I had to cover that position by deploying my second Light Machine-gun Gruppe in that position. 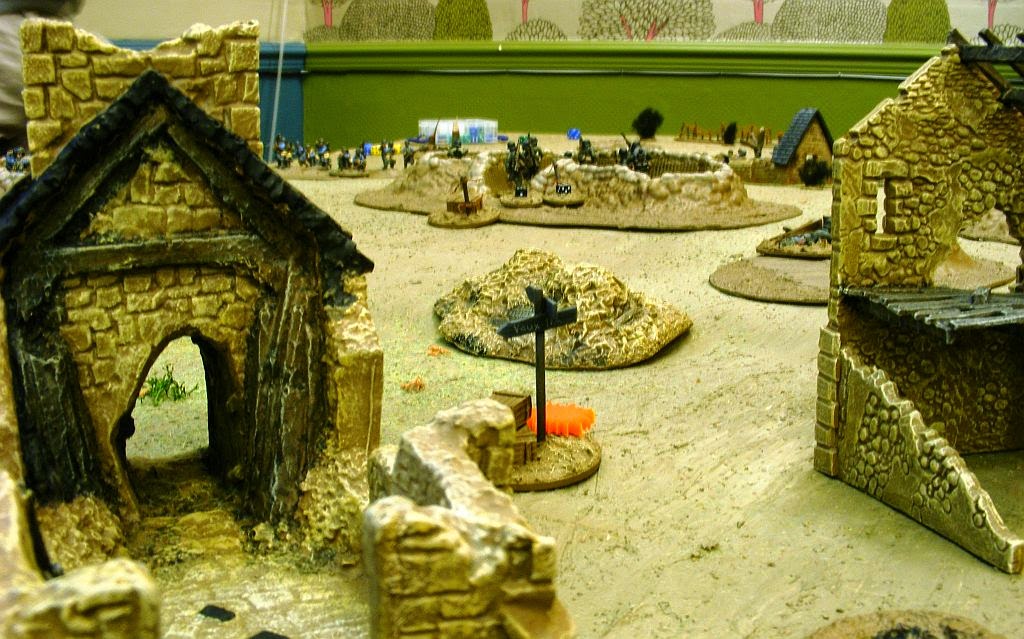 The support teams and Hotchkiss continued to fire on the trench now holding my second Light Machine-gun Gruppe, having broken the Rifle Gruppe in that position they fancied their chances of taking out them too, however, the fire from my other Light Machine-gun Gruppe and the sniper was having a telling effect on the Support section killing the Sergeant and forcing the section to break for the rear, this had a severe effect on the French Force Morale and they could sense the end was near.

The brave French Lieutenant rallied his two Grenadier-Voltigeur sections and headed for my central trench. Unfortunately for the poor chap I now 'double-sixed' and retained the initiative, turning the Light Machine-gun Gruppe to face the threat from the rear the lead began to fly. 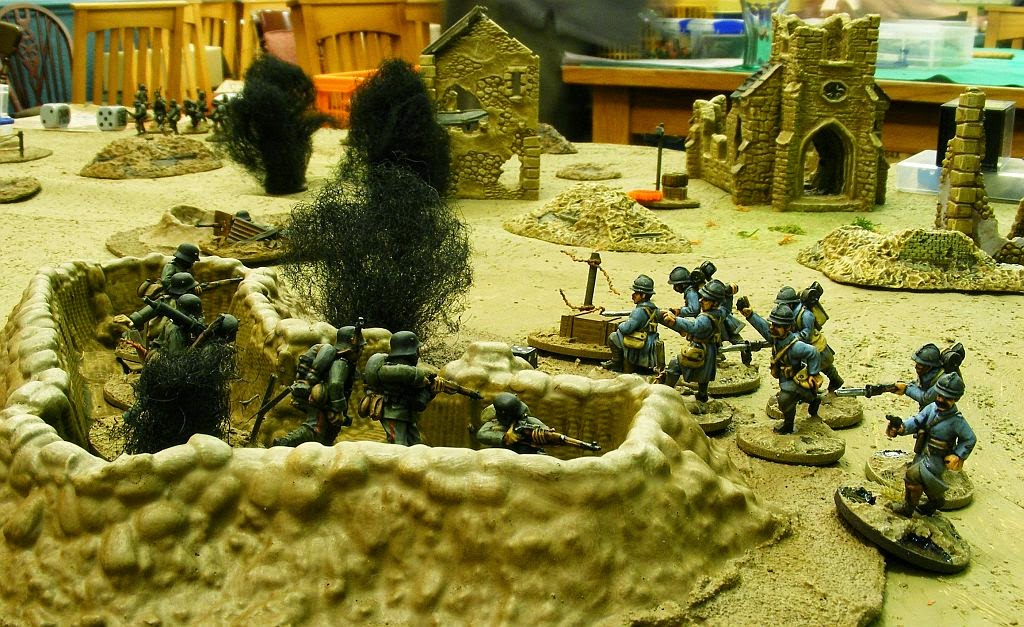 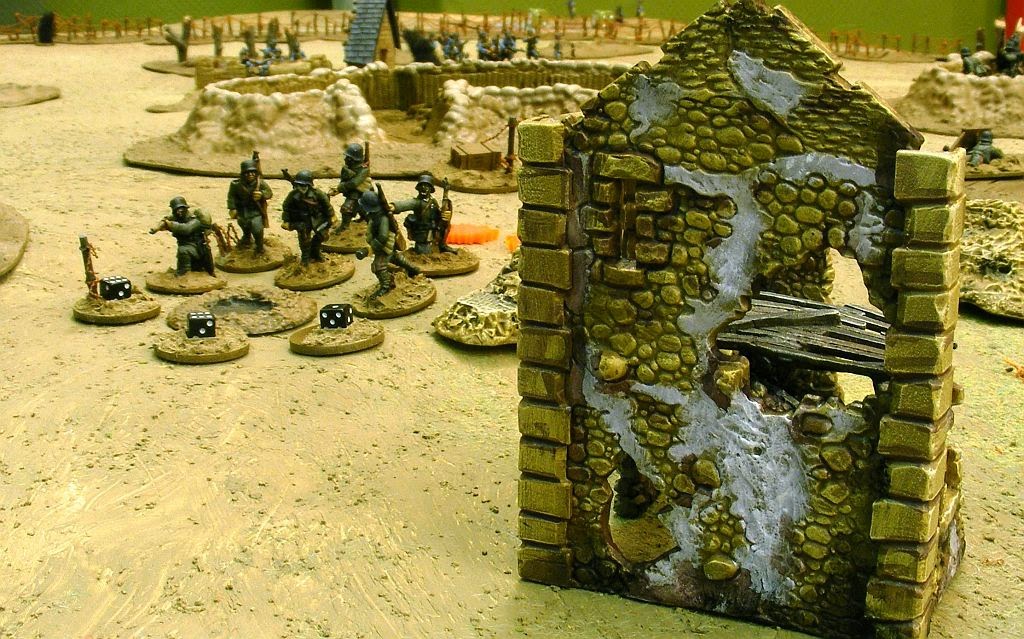 This caused the French Force Morale to collapse and it was a German victory, made all the sweeter in that my Lieutenant and second Rifle Gruppe were still in the reinforcements box waiting for a chance to get into the action.

Another great game, and I reckon it would have been a lot closer had the French not started on Force Morale 8!

More images from the game. 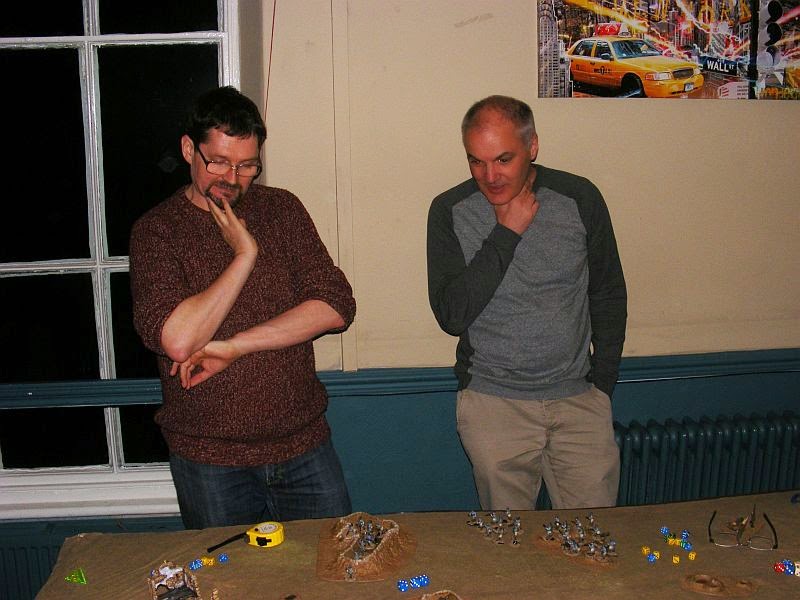 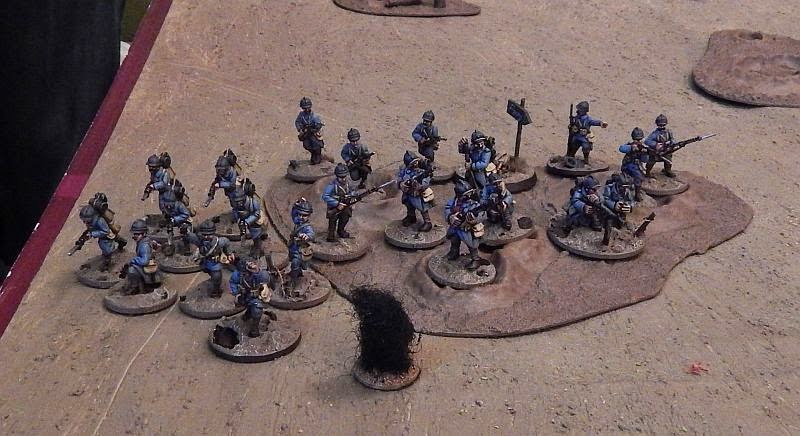 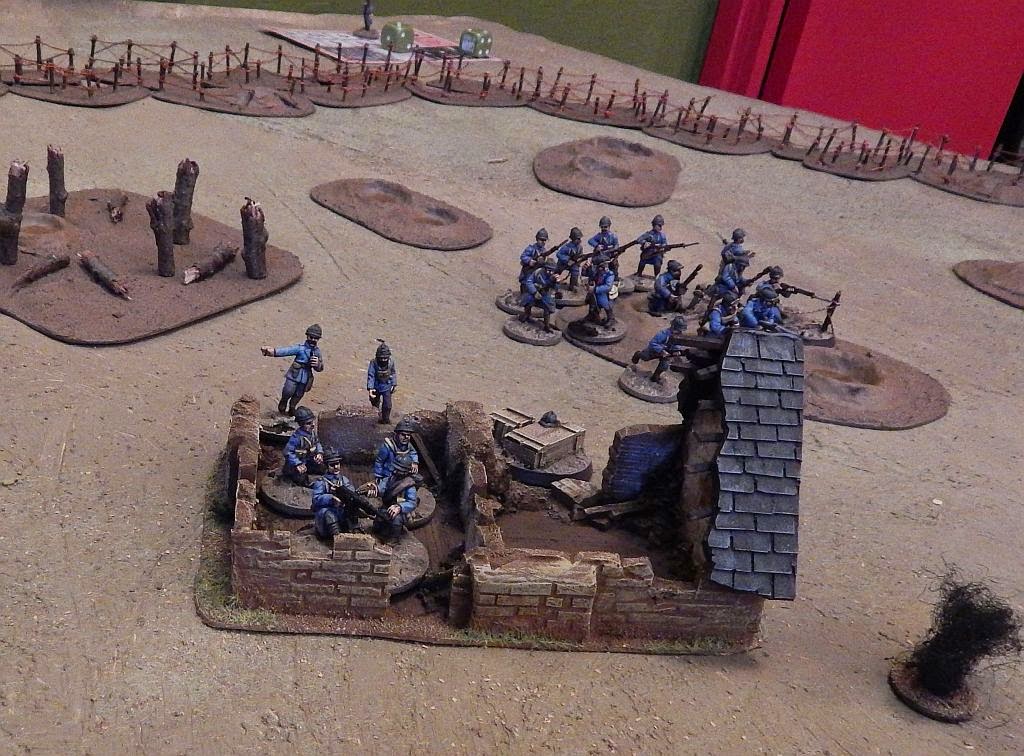 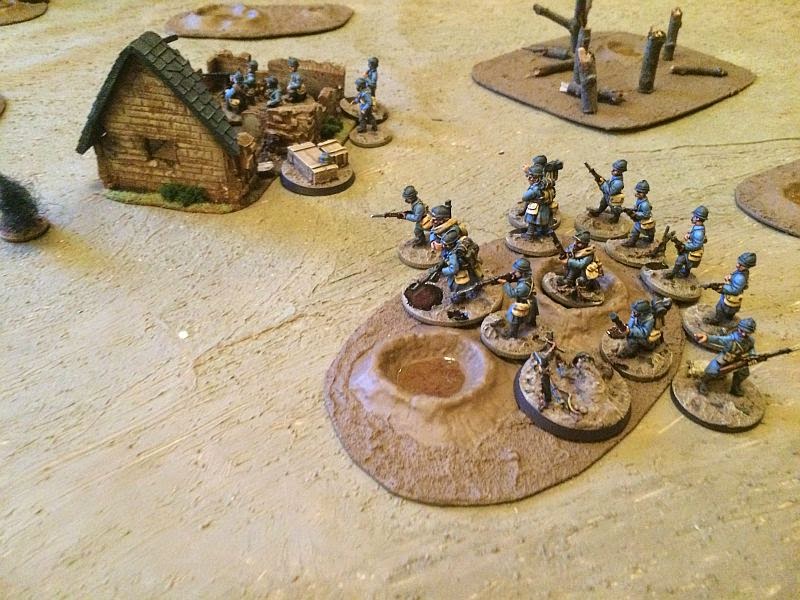 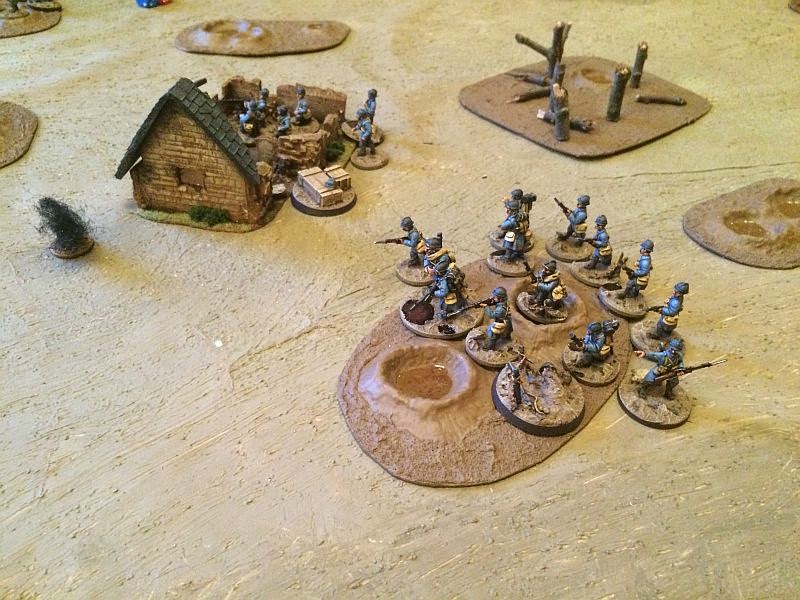 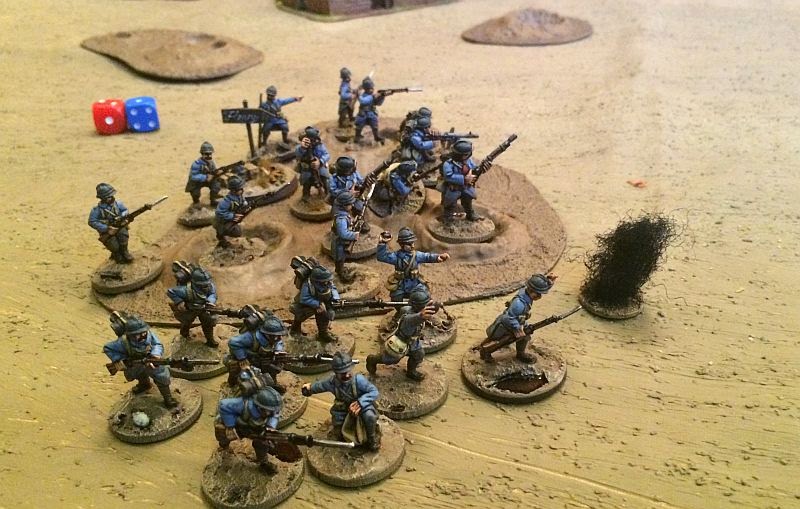 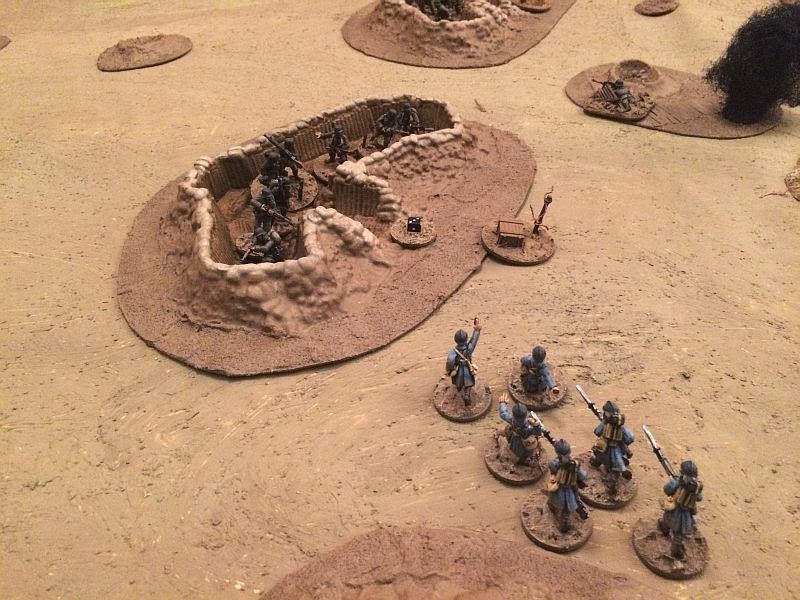 Posted by Paul Scrivens-Smith at 04:24