The Battle of Lenton Ford 1862 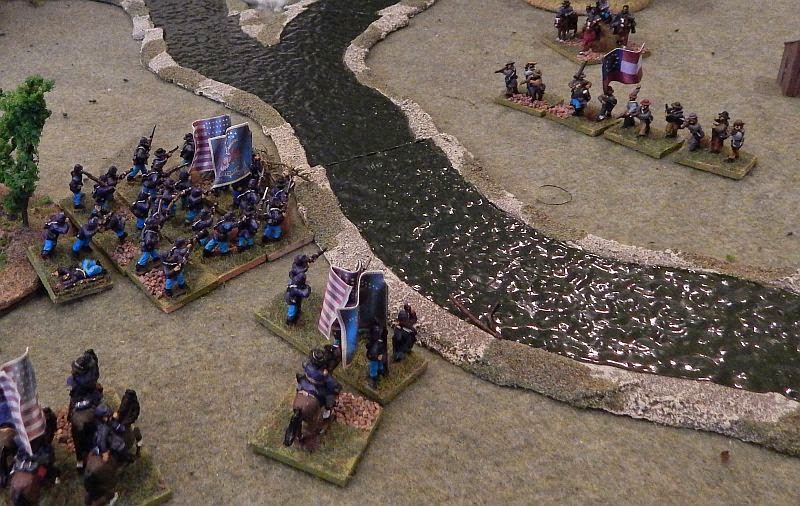 On Thursday evening at the White Hart James and I played another instalment of our ongoing Longstreet campaign.

Following on from our previous game where Scrivener had made an impressive defence of Smiths Heights against the incompetent Barksdale we were now well into the 1862 campaigning season. 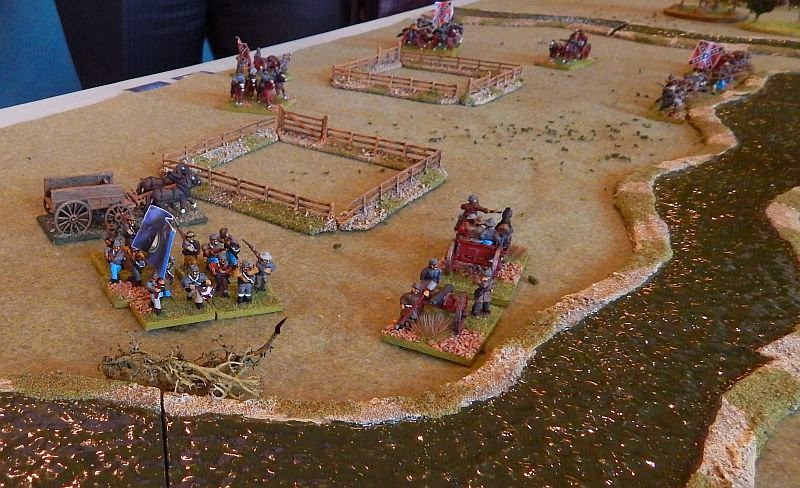 Barksdale had fallen back behind the fast flowing Morris Creek and prepared a defensive line. Scrivener seized his chances, concentrating his forces against the newly raised 21st Mississippi Regiment.

Despite some foul rebel trickery, Scrivener was able to launch the first Union charge of the campaign and the rebels could not face the hard steel of his brave boys. The Confederates had both the new boys of the 21st Mississippi  and the 18th Mississippi swept from the field entirely. 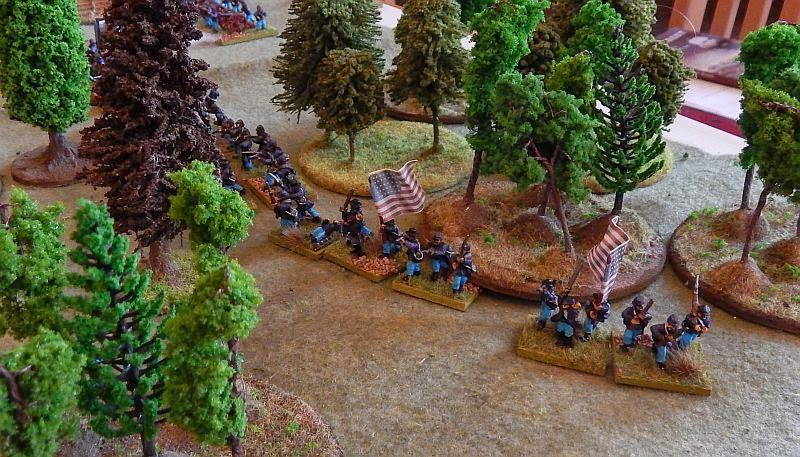 Although the Rebels rushed to reinforce the new chaps Scrivener pressed home his attack, the veterans of the 12th Ohio forced one of the fords while the newly raised 1st West Virginia forced another. With his reinforcements under a concentrated bombardment Barksdale withdrew his forces and again it was another Union victory.

For this battle Scriveners forces were: 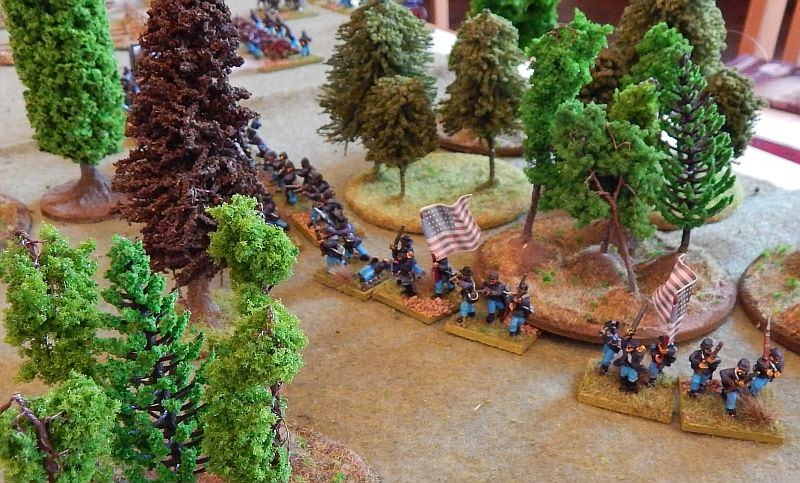 Despite being the attackers, the Union took very few losses during the game, however the post-battle phase was particularly unkind to us again.

We lost completely the 8th and 14th Ohio regiments as well as the 5th West Virginia cavalry. The veterans of the 12th Ohio were amalgamated with the remaining troops of the 3rd West Virginia.

Although, with the exception of the 3rd West Virginia who merged with the remnants of the 12th Ohio all my initial troops have now been depleted.

The drawing of the Campaign cards was very kind to me, two artillery cards means that I now have a full complement of artillery, the 3rd West Virginia became Veterans, the 1st West Virginia had a company of Sharpshooters attached and best of all Scrivener was mentioned in the Washington Post and is the talk of the Capitol. 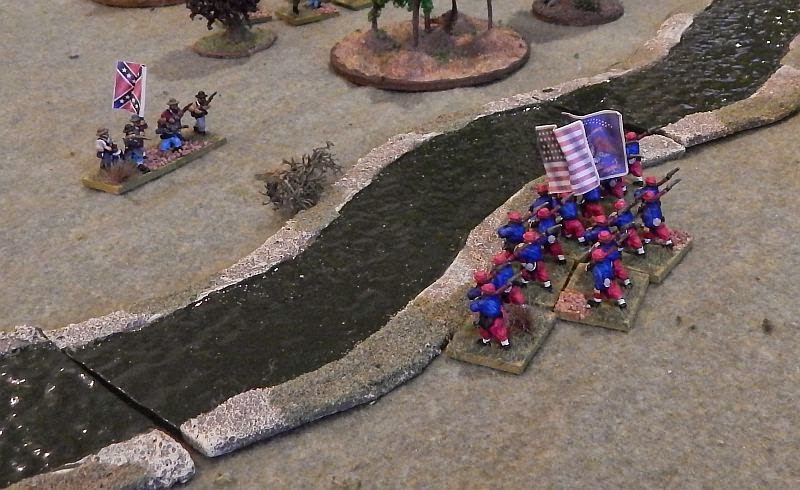 Two new regiments joined the brigade. The 3rd Ohio Cavalry and the 3rd Kentucky, both units keen to see the elephant.

After being mentioned in the papers, Scrivener was still passed over for promotion so remains a 'two eagle' however he is now on 12 Epic Points, the same as his bitter rival, Barksdale.