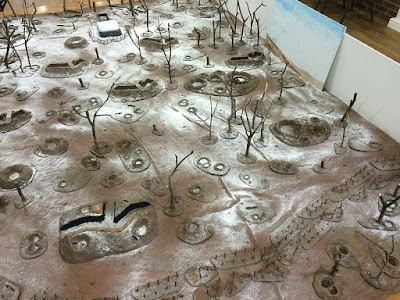 On Thursday evening James, Dave and I got together at the Polly with the intention of setting up the table for our game at Partizan this weekend. It would also give us the opportunity to review the troops we had on hand. 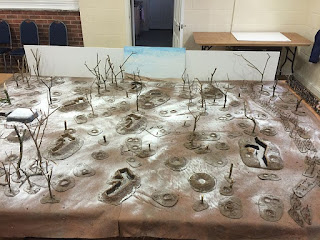 As it was it all came together very nicely so we played a small game on about half of the table to get us in the mood. 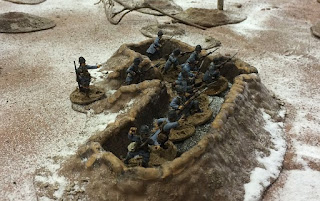 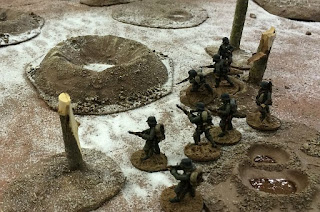 Things went rather well for the French, early on they accounted for one of the German junior leaders. Although the Bosche pushed on and soon redeployed a jump-off point very close one of the French revetments, deploying another section there along with the flamethrower. 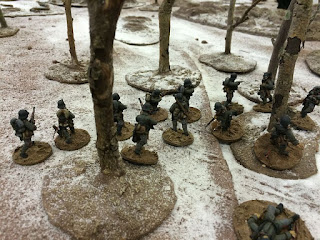 The Poilu countered by knocking out the flamethrower that exploded in a ball of fire, so the German Leiutenant arrived on the scene, rallied the wavering troops and led both sections in a bayonet charge against the revertment. 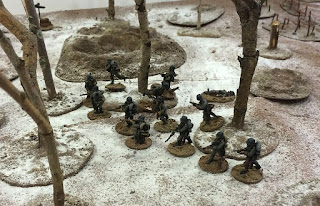 The Germans carried the day and took the position, despatching the French section and in the process bayoneting the Lieutenant.

It was a good quick game and rather a bonus as we had originally planned just to formulate a plan for what we are doing on Sunday.

Only a few photos taken with my phone I am afraid.